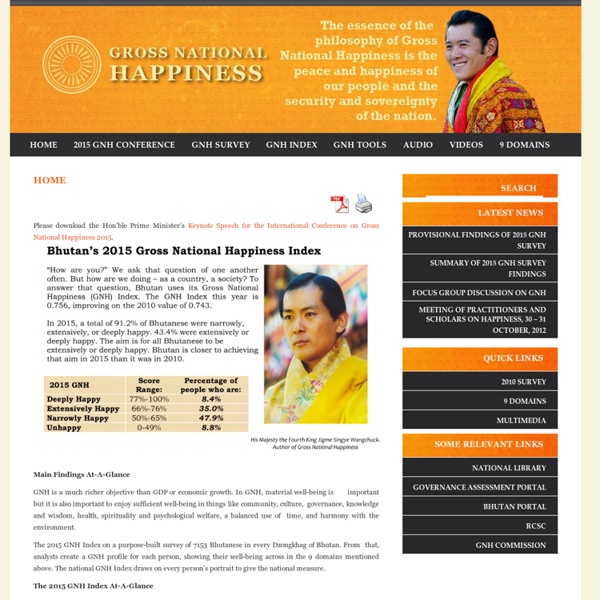 Human Needs: The Human Givens Approach To Physical & Emotional Needs The principles behind the human givens approach grew out of the work of a group of psychologists and psychotherapists who were trying to bring greater clarity to the way people who become depressed, anxious, traumatised or addicted are helped, as well as making such help more reliably effective (read more). THE HUMAN GIVENS APPROACH is a set of organising ideas that provides a holistic, scientific framework for understanding the way that individuals and society work. This framework encompasses the latest scientific understandings from neurobiology and psychology, as well as ancient wisdom and original new insights. At its core is a highly empowering idea – that human beings, like all organic beings, come into this world with a set of needs. To get our physical and emotional needs met, nature has gifted us our very own internal 'guidance programme' – this, together with our needs, makes up what we call the human givens. References 1]. What are the Human Givens? Emotional needs include:

Parker J. Palmer • Center for Courage & RenewalCenter for Courage & Renewal • Biography • Books • Events • Podcasts • Speeches & Interviews • Videos • Writings Follow Parker J. & OnBeing.org Parker J. Parker holds a Ph.D. in sociology from the University of California at Berkeley, as well as eleven honorary doctorates, two Distinguished Achievement Awards from the National Educational Press Association, and an Award of Excellence from the Associated Church Press. He is the author of nine books, including several best-selling and award-winning titles: Healing the Heart of Democracy, The Heart of Higher Education (with Arthur Zajonc), The Courage to Teach, A Hidden Wholeness, Let Your Life Speak, The Active Life, To Know As We Are Known, The Company of Strangers, and The Promise of Paradox. His latest book, Healing the Heart of Democracy: The Courage to Create a Politics Worthy of the Human Spirit, was chosen by Spirituality & Practice as one of the best books of 2011 on contemplation and social activism. A member of the Religious Society of Friends (Quaker), Dr.

Jack Kornfield • Northern Exposure « ~ The Art Of Change ~ Posted by carolom on May 11, 2008 I somehow missed watching Northern Exposure in the 90’s and have had the delight of discovering it many years after the final episode. Sal was a fan of the show and his daughters remember watching the show with dad when they were young. So I was pleased to find that the Adelaide library has the full six series, 110 epsiodes…and for the last few weeks have watched from episode one through to the final, moving scene on the last show (see video clip “Our Town” below.) The creators of the show were members of the Esalen Institute. The influence of Joseph Campbell, Carl Jung and the interplay between the seen and unseen realms along with Native American mythology and magic are unsurpassed by any other television series in my humble opinion..

How people follow Epicurus' philosophy today Who was Epicurus? Epicurus, pictured on the right in Raphael’s School of Athens, was a Greek philosopher who lived from 341 BC to 270 BC, and who established a philosophical commune called the Garden in Athens, where he and his followers practiced and lived their philosophy as a way of life. A sign hanging above the entrance to the Garden said: ‘Stranger, here you will do well to tarry. Here our highest good is pleasure’. So the Epicureans were atheists? Not exactly. How then should we live? Well, there are no absolute and eternal ‘shoulds’ in the Epicurean universe, because there is no divine providence, no cosmic law of justice. How can we pursue pleasure as rationally as possible? Like the other philosophies of the Socratic tradition, Epicureans believed that what causes humans suffering is our false beliefs. Epicurus said that, for each belief or action, we should consider the pleasure it will lead to, and the pain, and then ‘measure the one against the other’. Sure. Havi Carel OK.