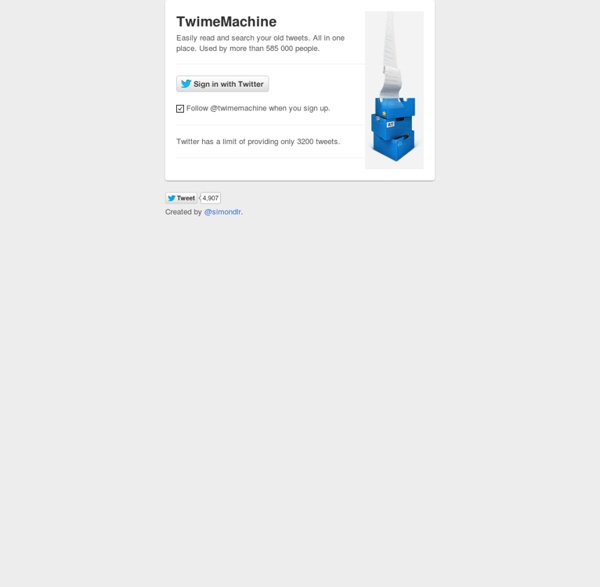 Social Media Monitoring Software. Tools for Facebook & Twitter Heartbeat is a cost-effective, real-time social media monitoring and measurement tool. Heartbeat provides constantly updated snapshots of online conversations, including a variety of user-friendly and informative graphics. Monitor social media conversations Measure key metrics around buzz and sentiment Engage with key influencers and opinion leaders Conduct comparisons between competitors and topics Real-Time Social Media Monitoring Keep track of the most important and relevant conversations about your brand and products. Key Metrics Measurement Gain insight about the buzz and sentiment (positive, negative or neutral) happening, including the amount of activity. Customizable Dashboard Easily configure the dashboard to meet your specific needs and interests, including a variety of user-friendly graphs. Engage With Key Influencers Identify the key people driving the important conversations, and then engage and manage with activity trail.

All the easiest ways to search old tweets For people search, see “The Ultimate Guide To Finding People On Twitter“ Twitter’s default search only goes back a week—if that—and often chokes on multiple keyword searches. But finally, Twitter has begun letting users download ALL their Tweets, and has included a tweet search engine (& charts) with the download! It even lets you sort by month or keyword, and includes some handy charts. Well done, Twitter! But not everyone can access their download…yet! So if that’s not available to you, fortunately, there ARE many great alternatives. Problems With Search There is no free search product that is 100% reliable. Also, to see the most tweets possible at Twitter.com, read “How to get Twitter.com to show you more tweets when you page down.” Here are my favorites: Library of Congress tweet archive search By searching Google using the “Updates” option you are searching the entire twitter archive. Review of all search methods I’ve added a brief review below, which I’ll expand later. Snapbird BackTweets

Twitter Tips Ultimate Guide | Using social media to guide and help you connect to social networks: Twitter, Facebook, Google, LinkedIn, YouTube using social media By admin Tuesday, June 4, 2013 Social media has become one of the popular platforms for any company to advertise their products and services. Facebook provides ample of opportunities for such people who want to reach the masses quickly and efficiently. Various strategies are incorporated within the Facebook website that lets you attract attention of the potential buyers of your services and products. Firstly you need to grow a fan base of around thousand potential customers who might be interested in doing business with you. There are plenty of reasons why a normal Facebook ad fails. There are few basic ways by which the ads can get working for you. All you need to do is be laser focused and make it very sure that the people should know what to do when they encounter your website.

PolicyTool for Social Media Icerocket blog search The Ultimate Twitter Toolkit - Reviews by PC Magazine Familiarize yourself with these powerful Twitter tools to become a Master Tweeter. Want to be a Twitter ninja? Hordes of new users are joining and dreaming up new uses for it. As they do so, Twitter is maturing into a viable alternative not just to blog platforms but to RSS readers, news aggregators, media-sharing services, and communication tools. All you have to do to unleash the full power of Twitter is follow the right users and have the right tools handy. A whole ecosystem of companies and apps has sprung up around the Twitter API, and while some of them are utterly stupid, others are incredibly useful and help you get more out of the microblogging service. Familiarize yourself with the powerful Twitter tools below and add the relevant ones to your arsenal to become a Master Tweeter. Twitter Clients by Platform: Windows: This robust Twitter client integrates with Facebook and offers a customizable dashboard with multicolumn view. Mac: iPhone: Windows Mobile: BlackBerry OS: Symbian:

TwittBot Technology Twitter Terrorists may use Google Earth, but fear is no reason to ban it It regularly comes as a surprise to people that our own infrastructure can be used against us. And in the wake of terrorist attacks or plots, there are fear-induced calls to ban, disrupt or control that infrastructure. According to officials investigating the Mumbai attacks, the terrorists used images from Google Earth to help learn their way around. This isn't the first time Google Earth has been charged with helping terrorists: in 2007, Google Earth images of British military bases were found in the homes of Iraqi insurgents. Incidents such as these have led many governments to demand that Google removes or blurs images of sensitive locations: military bases, nuclear reactors, government buildings, and so on. An Indian court has been asked to ban Google Earth entirely. This isn't the only way our information technology helps terrorists. Mobile phone networks help terrorists, too. Let's all stop and take a deep breath. None of this is new.

Top Tips for Twitter Newbs « Phil Wain Being a Twitter newb myself, I might be better or worse placed to give tips. I have been using Twitter since the beginning of February about 8 weeks ago: so maybe ideally placed to remember the pitfalls and have used it long enough to get something out of it. Please leave comments if you disagree – Twitter has an evolving social etiquette. Take it slow! Enjoy! What it’s good for is up to you! Like this: Like Loading... Twitter gets you fired in 140 characters or less - Technotica - MSNBC.com Why waste valuable social networking hours getting yourself "Facebook fired," when Twitter allows you to humiliate yourself quickly, and in 140 characters or less? A recent tweet by one would-be Cisco employee proves that when it comes to placing a permanent black mark on your resume via the Internet, Twitter is now the tool of choice. To illustrate, here’s the tweet the now Web-infamous "theconnor" shared with the world: "Cisco just offered me a job! Now I have to weigh the utility of a fatty paycheck against the daily commute to San Jose and hating the work.” It wasn’t long before Tim Levad, a "channel partner advocate" for Cisco Alert, shared this open response: "Who is the hiring manager. Was "theconnor’s" job offer rescinded? This social networking comedy of errors spread like dancing hamsters across Twitter. Even if the good folks at Cisco somehow see their way past "theconnor’s" monolithic lack of inner monologue, there’s a lesson here: The Internet can get you fired.

Why you should use Twitter, and how best to use it. Twitter - little conversations across the globe If Twitter was an animal it would be a honey bee. i.e. shows up everywhere, busily pollinating as it goes. Twitter is an extraordinary free service that allows use to share short messages (limited to 140 characters) from your computer or by SMS from your mobile phone. By searching Twitter for keywords in your areas of interested. Before long your network will grow around the globe putting you in touch with people you might never otherwise meet and giving you access to a very rich stream of knowledge. There are a burgeoning range of 3rd party Twitter applications sprouting up that make it a real power tool. While it doesn’t capture all your followers, it’s a pretty groovy thing to see 100 of your followers on a map and visualise the global conversation taking place everytime you send a tweet.

Twitter took off from simple to &#039;tweet&#039; success By Jefferson Graham, USA TODAY SAN FRANCISCO — "What are you doing?" That question is the rocket fuel for Twitter — a hot social-network service that lets you tell people what you are up to at any given moment of the day — via cellphone, instant messenger, or the Web. "What are you doing?" "When people hear about Twitter, their immediate reaction is that it's the simplest and stupidest idea in the world," says co-founder Biz Stone. "They do not want to know that their brother is eating a hot dog right now," he says. Boy, do they. Twitter has become so popular, so fast, that keeping up with its fast-growing user base is a real issue. That could be about to change. "Twitter took off really quickly, and honestly, we were surprised and had to play a lot of catch-up," says Stone. Twitter no longer exists just for friends to tell friends that they're on their way to the gym or out to eat. The service is even credited with breaking news about fires and other natural disasters. Tweets of gold