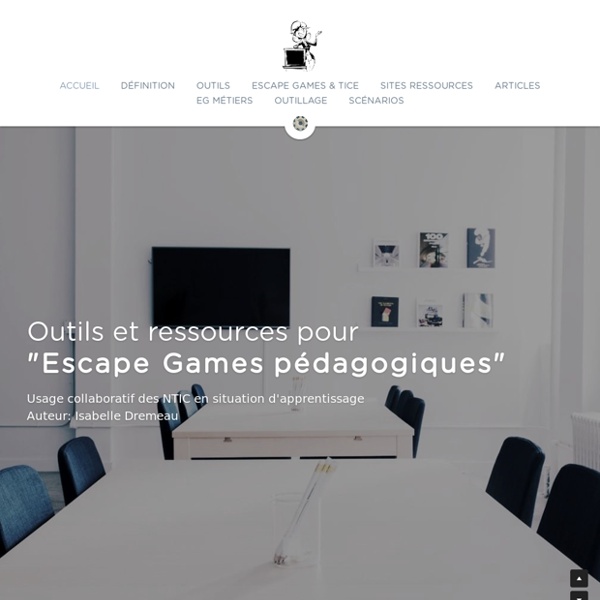 Top 11 Puzzle Ideas for Escape Rooms These are the most common and flexible escape room puzzle ideas that we’ve seen in our experience doing 60+ escape rooms across the United States and Europe. These ideas are not specific to any particular theme or company, and can be adapted to work well in most rooms. On one end of the spectrum, these puzzle ideas can be perfect for an escape room on a tight budget. On the other end of the spectrum, some of the best escape rooms in North America use these ideas with stellar execution. This list is broken up into two sections: Section 1: Common puzzle themesSection 2: Alternate locking mechanisms

Morse Code Translator Text to Morse Just type letters, numbers and punctuation into the top box and the Morse code will appear in the bottom box with a "#" if the character cannot be translated. If you want to translate prosigns, enter them as for instance and tick the "Use prosigns" checkbox in the advanced controls. This is not a great tool for learning Morse code as looking at the dots and dashes does not help. Educational Technology and Mobile Learning: 12 Great Web Tools for Creating Educational Games August , 2017 s we have stated elsewhere, 'designing learning games is a great way to develop students analytic thinking and foster self-expression. It is also an effective way to introduce students to basic coding and programming concepts and help them cultivate 21st century learning skills.' Given the importance of game-based learning in our students cognitive development we have curated for you this list featuring some of the best websites you can use with your students and kids to design challenging educational games. Utilizing these tools will enable you to create personalized games that suit your own teaching and learning context. Check them out and share with us if you have other suggestions to add to the list. This visual is also available for free download in PDF format from this link.

'We give access to a lost world': Assassin's Creed's new life as a virtual museum Even if you’re not particularly interested in video games, you’ll probably have heard of Assassin’s Creed. They’re a series of historically themed action games that take place in digital recreations of places such as Revolution-era Paris, medieval Jerusalem and 1860s London. Playing Assassin’s Creed involves climbing up ancient buildings and mingling with the residents of cities of the past, meeting (and occasionally assassinating) historical figures as a member of an ancient, clandestine brotherhood working against the Templars. The games have been around since 2007 and have made an awful lot of money for their publisher, Ubisoft.

5 Sites for Anyone Interested in Learning to Make Games Have you ever dreamed of making your own video game, but gotten stuck with every tool you’ve looked at? Here are five you can start with that aim to make the process as simple as possible – no programming necessary. We’ve shown you development tools you should learn to make your own games, but that article probably suited people with a background in computer science, or at the very least an interest.

Grant Howitt is creating one-page RPGs HERE’S THE DEAL: I write one tabletop or live roleplaying game a month. It will be no bigger than one side of A4 paper (that’s one side of letter paper, for you American types) and I will do all the art, layout and design myself in pen. I'm Grant Howitt. I've written games such as Goblin Quest, Unbound, One Last Job, Zombie LARP, and more.