The Neurobiology of Paradise 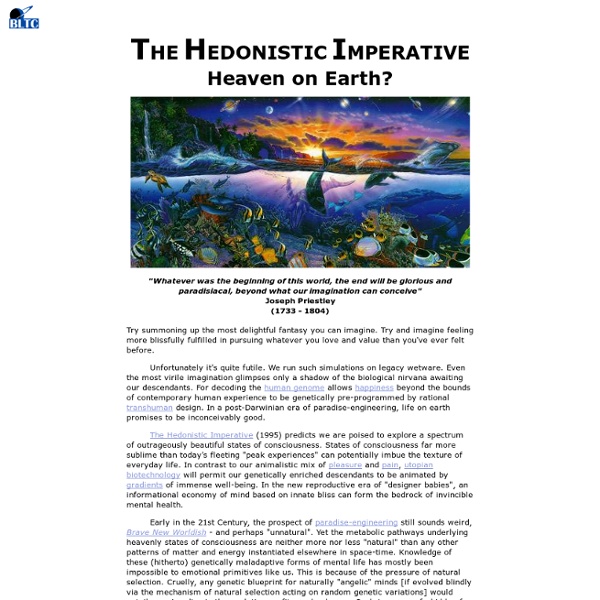 Nassim Haramein - Sacred Geometry and Unified Fields Physicist Nassim Haramein presents new concepts explaining how we are all interconnected and can access infinite knowledge. “My brain is only a receiver. In the Universe there is a core from which we obtain knowledge, strength, inspiration. I have not penetrated into the secrets of this core, but I know it exists.” -Nikola Tesla As early as 9 years old, Nassim was already developing the basis for a unified hyper-dimensional theory of matter and energy, which he eventually called the “Holofractographic Universe.” Nassim Haramein was born in Geneva, Switzerland in 1962. Combining this knowledge with a keen observation of the behavior of nature, he discovered a specific geometric array that he found to be fundamental to creation, and the foundation for his Unified Field Theory emerged. This groundbreaking theory has now been delivered to the scientific community through peer-reviewed papers and presentations at international physics conferences. In addition to his scientific papers, Mr.

This is your brain on religion: Uncovering the science of belief As far as I’m concerned, the most interesting question about religion isn’t whether God exists but why so many people are religious. There are around 10,000 different religions, each of which is convinced that there’s only one Truth and that they alone possess it. Hating people with a different faith seems to be part of belief. Around the year 1500, the church reformer Martin Luther described Jews as a “brood of vipers.” Over the centuries the Christian hatred of the Jews led to pogroms and ultimately made the Holocaust possible. In 1947, over a million people were slaughtered when British India was partitioned into India for the Hindus and Pakistan for the Muslims. Almost 64 percent of the world’s population is Catholic, Protestant, Muslim, or Hindu. In 2006, during a symposium in Istanbul, Herman van Praag, a professor of biological psychiatry, taking his lead from the 95 percent of believers in the United States, tried to convince me that atheism was an “anomaly.”

EASTERN PHILOSOPHY - The Buddha It’s good to see the Buddha’s discoveries linked to”philosophy” rather than “religion”. One thinks of “religion” as “the belief in god or a group of gods”, or secondly: “an organized system of beliefs, ceremonies and rules used to worship a god or group of gods.” (Thank you, Merriam-Webster) The practice of Buddhism is none of these things. Only the third dictionary definition of “religion” might apply: “An interest, a belief, or an activity that is very important to a person or a group”. I’m not familiar with Sartre. I had a friend way back when, who was getting her PhD in philosophy. It's good to see the Buddha's discoveries linked to"philosophy" rather than "religion".

4 Interesting Things About the Third Eye Everyone Should Know By: Scott Thill Located in nearly the direct center of the brain, the tiny pinecone-shaped pineal gland, which habitually secretes the wondrous neurohormone melatonin while we sleep at night, was once thought to be a vestigial leftover from a lower evolutionary state. Indeed, according to recent research, we could be increasing our chances of contracting chronic illnesses like cancer by unnecessarily bathing its evenings in artificial light, working night shifts or staying up too late. By disrupting the pineal gland and melatonin’s chronobiological connection to Earth’s rotational 24-hour light and dark cycle, known as its circadian rhythm, we’re possibly opening the doors not to perception, but to disease and disorder. A recently published study from Vanderbilt University has found associations between circadian disruption and heart disease, diabetes and obesity. 1. That description seems apt, given the astronomical power we have achieved in a few million yeas of evolution.