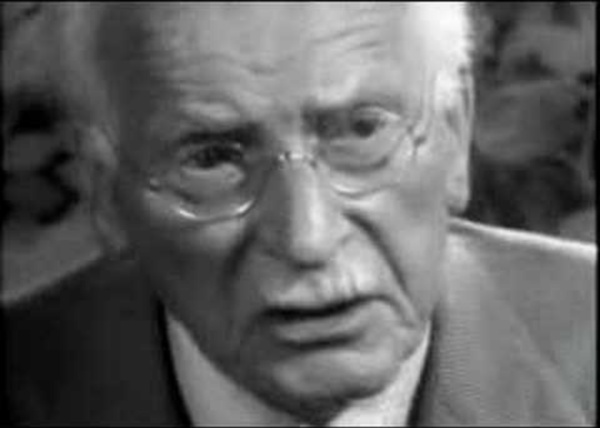 Understanding Wisdom and the Wheel - Wheel Wisdom is the ability to live in a chaotic world. It requires the "knowledge behind the knowledge," which means an understanding of the hardware of the mind, its structure, as opposed to the software - the particular languages, sciences, and religions which the mind creates. This is knowledge of Chaos, of the real world in which we all live, and how to find the hidden universal order, the fractal pattterns, which lie behind it. The order follows number and can be found by many methods that take you beyond yourself, including music. By understanding the knowledge behind the knowledge you can make sense beyond meaning. Making sense of everything for yourself allows you to make the appropriate choices in the chaotic world of chances, to self-evolve towards the infinite. Although knowledge is without bound, Wisdom has a limited number of criteria. The Wheel is the primal archetype which makes possible an understanding of the Wisdom of all cultures of the World.

Anarchism and Other Essays: Anarchism: What It Really Stands For Emma Goldman, Anarchism and Other Essays (Third revised edition, New York: Mother Earth Publishing Association, 1917) Ever reviled, accursed, ne'er understood, Thou art the grisly terror of our age. "Wreck of all order," cry the multitude, "Art thou, and war and murder's endless rage." THE history of human growth and development is at the same time the history of the terrible struggle of every new idea heralding the approach of a brighter dawn. Anarchism could not hope to escape the fate of all other ideas of innovation. To deal even remotely with all that is being said and done against Anarchism would necessitate the writing of a whole volume. The strange phenomenon of the opposition to Anarchism is that it brings to light the relation between so-called intelligence and ignorance. What, then, are the objections? The emotions of the ignorant man are continuously kept at a pitch by the most blood-curdling stories about Anarchism. Destruction and violence! But what about human nature?

Carl Jung Carl Gustav Jung (/jʊŋ/; German: [ˈkarl ˈɡʊstaf jʊŋ]; 26 July 1875 – 6 June 1961), often referred to as C. G. Jung, was a Swiss psychiatrist and psychotherapist who founded analytical psychology.[2] Jung proposed and developed the concepts of the collective unconscious, archetypes, and extraversion and introversion. His work has been influential not only in psychiatry but also in philosophy, anthropology, archeology, literature, and religious studies. He was a prolific writer, though many of his works were not published until after his death. The central concept of analytical psychology is individuation—the psychological process of integrating the opposites, including the conscious with the unconscious, while still maintaining their relative autonomy.[3] Jung considered individuation to be the central process of human development.[4] Early years[edit] Childhood family[edit] Jung's mother left Laufen for several months of hospitalization near Basel for an unknown physical ailment.

Shadow (psychology) In Jungian psychology, the shadow or "shadow aspect" may refer to (1) an unconscious aspect of the personality which the conscious ego does not identify in itself. Because one tends to reject or remain ignorant of the least desirable aspects of one's personality, the shadow is largely negative, or (2) the entirety of the unconscious, i.e., everything of which a person is not fully conscious. There are, however, positive aspects which may also remain hidden in one's shadow (especially in people with low self-esteem).[1] Contrary to a Freudian definition of shadow, therefore, the Jungian shadow can include everything outside the light of consciousness, and may be positive or negative. "Everyone carries a shadow," Jung wrote, "and the less it is embodied in the individual's conscious life, the blacker and denser it is."[2] It may be (in part) one's link to more primitive animal instincts,[3] which are superseded during early childhood by the conscious mind.

ShoeRazzi Wilhelm Reich rotten > Library > Biographies > Mad Science > Wilhelm Reich "Man's right to know, to learn, to inquire, to make bona fide errors, to investigate human emotions must, by all means, be safe, if the word FREEDOM should ever be more than an empty political slogan." So spoke Wilhelm Reich, right before the U.S. government burned all of his books and papers, destroyed his orgone accumulators, and threw him in prison in 1957. Ah the '50s. The Age of McCarthyism. Instead the trouble began when some journalist named Mildred Brandy got her knickers in a twist over Reich's unusual theories -- one of these being the notion that every individual should have a healthy satisfying sex life. So Mildred got very busy and wrote nasty articles about Wilhelm ("The New Cult of Sex & Anarchy", "The Strange Case of Wilhelm Reich") that caught the attention of the Powers That Be. When the FDA discovered that (horrors!) Related Trivia The Published Works of Wilhelm Reich

Carl Jung Dr. C. George Boeree Anyone who wants to know the human psyche will learn next to nothing from experimental psychology. He would be better advised to abandon exact science, put away his scholar's gown, bid farewell to his study, and wander with human heart throught the world. Freud said that the goal of therapy was to make the unconscious conscious. A younger colleague of his, Carl Jung, was to make the exploration of this "inner space" his life's work. He had, in addition, a capacity for very lucid dreaming and occasional visions. But on August 1 of that year, World War I began. He carefully recorded his dreams, fantasies, and visions, and drew, painted, and sculpted them as well. A leathery brown dwarf would show up guarding the entrance to the unconscious. Jung dreamt a great deal about the dead, the land of the dead, and the rising of the dead. Critics have suggested that Jung was, very simply, ill himself when all this happened. Biography Theory Archetypes The mother archetype Mana

Individuation The principle of individuation, or principium individuationis,[1] describes the manner in which a thing is identified as distinguished from other things.[2] The concept appears in numerous fields and is encountered in works of Carl Jung, Gilbert Simondon, Bernard Stiegler, Friedrich Nietzsche, Arthur Schopenhauer, David Bohm, Henri Bergson, Gilles Deleuze, and Manuel De Landa. Usage[edit] The word individuation is used differently in philosophy than in Jungian psychology. In philosophy[edit] It expresses the general idea of how a thing is identified as an individual thing that "is not something else." In Jungian psychology[edit] In the media industry[edit] The term "individuation" has begun to be used within the media industry to denote new printing and online technologies that permit mass customization of the contents of a newspaper, a magazine, a broadcast program, or a website so that its contents match each individual user's unique interests. Carl Jung[edit] Gilbert Simondon[edit]

Marloes - COUTURE SHOES Jakob Bohme rotten > Library > Biographies > Mad Science > Jakob Bohme You are sitting in front of a computer that would have filled a skyscraper had it been built in 1956. You have terabytes of the world's accumulated wisdom at your fingertips via Google. You have a college education in your pocket. About 400 years ago, before the discovery of electricity and only 150 years after the invention of the printing press, a barely literate German cobbler came up with the idea that God was a binary, fractal, self-replicating algorithm and that the universe was a genetic matrix resulting from the existential tension created by His desire for self-knowledge. Clearly, someone's been slacking off. It all started one day around 1610; a young German shoemaker was looking at a pewter dish when a dazzling ray of reflected sunlight unexpectedly turned out to be a message from God. Many people receive messages from God. Jakob Böhme's transmission was considerably deeper than the usual psychotic imperative.

Carl Jung Your vision will become clear only when you look into your heart ... Who looks outside, dreams. Who looks inside, awakens. Carl Gustav Jung (IPA: [ˈkarl ˈgʊstaf ˈjʊŋ]) (26 July 1875 – 6 June 1961) was a Swiss psychiatrist and founder of analytical psychology. Quotes[edit] The dream is the small hidden door in the deepest and most intimate sanctum of the soul, which opens to that primeval cosmicnight that was soul long before there was conscious ego and will be soul far beyond what a conscious ego could ever reach. No one can flatter himself that he is immune to the spirit of his own epoch, or even that he possesses a full understanding of it. Our blight is ideologies — they are the long-expected Antichrist!