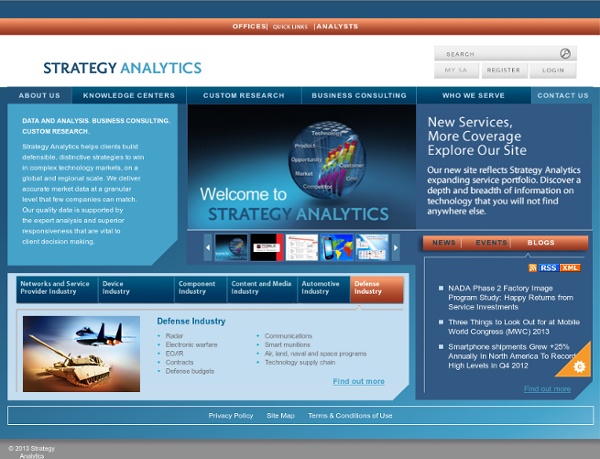 Culture Eats Strategy For Lunch Get on a Southwest flight to anywhere, buy shoes from Zappos.com, pants from Nordstrom, groceries from Whole Foods, anything from Costco, a Starbucks espresso, or a Double-Double from In N' Out, and you'll get a taste of these brands’ vibrant cultures. Culture is a balanced blend of human psychology, attitudes, actions, and beliefs that combined create either pleasure or pain, serious momentum or miserable stagnation. A strong culture flourishes with a clear set of values and norms that actively guide the way a company operates. Employees are actively and passionately engaged in the business, operating from a sense of confidence and empowerment rather than navigating their days through miserably extensive procedures and mind-numbing bureaucracy. Misunderstood and mismanaged Culture, like brand, is misunderstood and often discounted as a touchy-feely component of business that belongs to HR. Think about it like a nurturing habitat for success. Mission accomplished Vibrant and healthy

How to put your money where your strategy is - McKinsey Quarterly - Strategy - Growth Picture two global companies, each operating a range of different businesses. Company A allocates capital, talent, and research dollars consistently every year, making small changes but always following the same broad investment pattern. Company B continually evaluates the performance of business units, acquires and divests assets, and adjusts resource allocations based on each division’s relative market opportunities. Over time, which company will be worth more? If you guessed company B, you’re right. For the past two years, we’ve been systematically looking at corporate resource allocation patterns, their relationship to performance, and the implications for strategy. We’ve also reviewed the causes of inertia (such as cognitive biases and politics) and identified a number of steps companies can take to overcome them. We’re not suggesting that executives act as investment portfolio managers. Weighing the evidence Exhibit 1 Enlarge Exhibit 2 Why companies get stuck Cognitive biases Exhibit 3

Breaking strategic inertia: Tips from two leaders - McKinsey Quarterly - Strategy - Growth Frameworks abound for developing corporate strategy. But there’s no textbook or theory that explains how to deliver on that strategy by shifting capital, talent, and other scarce resources from one part of a business to another. One reason is that the moves each organization must make at any point in time are unique. Another is that different senior executives have different roles to play. But that’s not to say companies can’t learn from one another—in fact, understanding the broad range of reallocation challenges faced by different executives sheds valuable light on common pitfalls and the decision-making processes for sidestepping them. Featured here are perspectives from two different industries and corners of the C-suite. Prioritizing projects and regions We start from the proposition that we are not strategic capital allocators; we are bottom-up capital allocators. There’s another dimension to this, beyond just looking at our portfolio in project terms. Rebalancing the portfolio

12 Brawny Business Intelligence Products For SMBs -- InformationWeek Business intelligence isn't just for the big boys anymore. Check out our short list of star SMB options, from easy-to-deploy SaaS choices to affordable versions of the biggest BI suites. 1 of 14 12 Brawny Business Intelligence Options For SMBsBusiness intelligence started out as a technology geared to large organizations with big budgets and plenty of IT support. The good news for small and midsize businesses is that BI has gone mainstream and that trend has led to plenty of low-cost, easy-to-deploy, and easy-to-manage BI options. Working smarter--not harder--is what business intelligence is all about. Midmarket CIOs Rate Analytics As Top To-Do Item 5 Factors In Agile BI Cost, IT Support Top BI Obstacles For SMBs What's Next In Analytics Can Open Source Solve Big Data For SMBs? The Ultimate Shortcut To Fast Analysis More Insights

Top 10 Civilizations That Mysteriously Disappeared | Top 10 Lists | TopTenz.net - StumbleUpon Throughout our history, most civilizations have either met a slow demise or were wiped out by natural disasters or invasion. But there are a few societies whose disappearance has scholars truly stumped: 10. One of the first Mesoamerican societies, the Olmec inhabited the tropical lowlands of south-central Mexico. Where did they go? Around 400 BC the eastern half of the Olmec’s lands was depopulated- possibly due to environmental changes. 9. The Nabateans were a Semitic culture that inhabited parts of Jordan, Canaan and Arabia from around the sixth century BC. During the fourth century AD, the Nabateans abandoned Petra and no one really knows why. 8. The Aksumite Empire began in the first century AD in what is now Ethiopia and is believed to be the home of the Queen of Sheba. According to local legend, a Jewish Queen named Yodit defeated the Aksumite Empire and burned its churches and literature. 7.The Mycenaeans 6. 5.The Cucuteni-Trypillian Culture 4. 3.The Minoans 2.The Anasazi 1.

Organizing for an emerging world - McKinsey Quarterly - Organization - Strategic Organization As global organizations expand, they get more complicated and difficult to manage. For evidence, look no further than the interviews and surveys we recently conducted with 300 executives at 17 major global companies. Fewer than half of the respondents believed that their organizations’ structure created clear accountabilities, and many suggested that globalization brings, as one put it, “cumulative degrees of complexity.” However, our research and experience in the field suggest that even complex organizations can be improved to give employees around the world the mix of control, support, and autonomy they need to do their jobs well. What’s more, redesigning an organization to suit its changing scale and scope can do much to address the challenges of managing strategy, costs, people, and risk on a global basis. Rethinking boundaries IBM’s experience in Asia “This is a cultural transformation,” says Cannon-Brookes. A complex calculus Process pointers Don’t standardize more than is necessary.

How multinationals can attract the talent they need - McKinsey Quarterly - Organization - Talent Global organizations appear to be well armed in the war for talent. They can tap sources of suitably qualified people around the world and attract them with stimulating jobs in different countries, the promise of powerful positions early on, and a share of the rewards earned by deploying world-class people to build global businesses. However, these traditional sources of strength are coming under pressure from intensifying competition for talent in emerging markets. Talent in emerging economies is scarce, expensive, and hard to retain. In China, for example, barely two million local managers have the managerial and English-language skills multinationals need. One leading bank reports paying top people in Brazil, China, and India almost double what it pays their peers in the United Kingdom. How can global organizations best renew and redeploy their strengths to address these challenges? Becoming more attractive to locals Prepare your highfliers for top roles About the authors