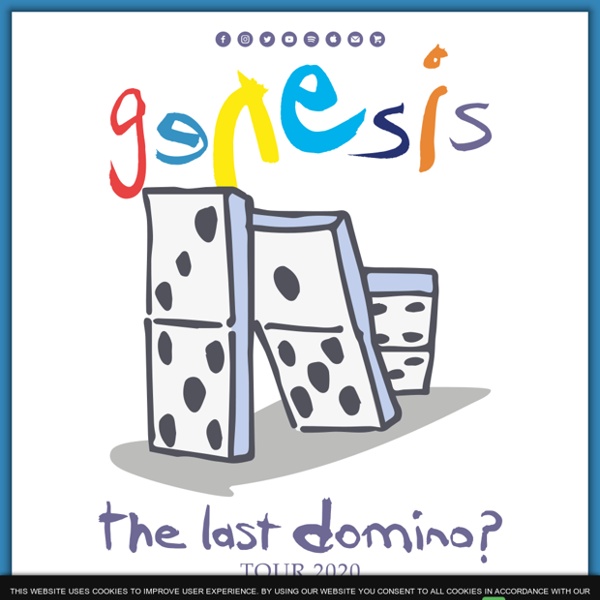 Live - Genesis In early 1973, Genesis allowed the taping of a couple of live shows for broadcast in America as part of the King Biscuit Flower Hour syndicated radio show -- most of their current set, drawn from their albums up through 1972's Foxtrot, was represented. A few months later, Tony Stratton-Smith, the head of Charisma Records, to which the group was signed, approached them about allowing him to fill the extended gap between Foxtrot and their next album, Selling England by the Pound, by releasing a live album from this same taped performance. The bandmembers, who now say they were somewhat distracted at the time by their work on the new album, agreed to it. And the result was Live, which was originally the only official document of the group in performance with Peter Gabriel in the lineup.

Star One With a career spanning more than three decades, composer and multi-instrumentalist Arjen Lucassen has firmly established himself worldwide as driving force in progressive rock. While best known for his rock opera project Ayreon, the multi-talented Dutchman also regularly embarks on musical side projects such as Ambeon, Guilt Machine and Star One. Arjen’s side projects all explore different aspects of his musical personality, with each new release being a creative reaction to the style of its predecessor. Star One is no exception. Space Metal (2002) Space Metal (2002) The first Star One album, Space Metal (2002) was Arjen’s reaction to his previous project, the relatively soft Ambeon. After releasing the first few Ayreon albums, Arjen had noticed that many others were following in his footsteps and releasing their own rock operas. So with all these singers, why not just call Space Metal an Ayreon album and be done with it? Space Metal Arjen! Victims of the Modern age (2010)

Foxtrot - Genesis Foxtrot is where Genesis began to pull all of its varied inspirations into a cohesive sound -- which doesn't necessarily mean that the album is streamlined, for this is a group that always was grandiose even when they were cohesive, or even when they rocked, which they truly do for the first time here. Indeed, the startling thing about the opening "Watcher of the Skies" is that it's the first time that Genesis attacked like a rock band, playing with a visceral power. There's might and majesty here, and it, along with "Get 'Em Out by Friday," is the truest sign that Genesis has grown muscle without abandoning the whimsy.

Ayreon New Ayreon Release – The Theory of Everything AYREON was born two decades ago Arjen was suddenly and inexplicably overwhelmed by a compulsion to create rock-operas. This was back in the 1990s, the era of grunge and alternative rock, so the idea of releasing a rock opera was unthinkable to most sensible people. Flash forward to 2010, and Ayreon has won Arjen so much critical acclaim that he can now draw from a vast pool of vocalists and musicians who are eager to work with him. Every artist I contact has to be into Ayreon from the start. Musically, Ayreon albums tend to be characterized by extreme opposites: brutal guitars cut to lighthearted mandolins, classic roaring Hammonds collide with screaming digital synths, and dark death grunts battle angelic celtic voices. People often ask Arjen to name his favorite album, but for him “it’s impossible to say. A chronological Overview of Ayreon albums The Final Experiment (1995) ‘The Final Experiment‘ is Arjen’s first rock opera.

Nursery Cryme - Genesis If Genesis truly established themselves as progressive rockers on Trespass, Nursery Cryme is where their signature persona was unveiled: true English eccentrics, one part Lewis Carroll and one part Syd Barrett, creating a fanciful world that emphasized the band's instrumental prowess as much as Peter Gabriel's theatricality. Which isn't to say that all of Nursery Cryme works. There are times when the whimsy is overwhelming, just as there are periods when there's too much instrumental indulgence, yet there's a charm to this indulgence, since the group is letting itself run wild. Even if they've yet to find the furthest reaches of their imagination, part of the charm is hearing them test out its limits, something that does result in genuine masterpieces, as on "The Musical Box" and "The Return of the Giant Hogweed," two epics that dominate the first side of the album and give it its foundation.

Trespass - Genesis Genesis' first truly progressive album, and their first record for the Charisma label (although Trespass was released in America by ABC, which is how MCA came to have it), is important mostly as a formative effort. Peter Gabriel, Tony Banks, and Michael Rutherford are here, but the guitarist is Anthony Phillips and the drummer is John Mayhew. Gabriel, Banks, Phillips, and Rutherford are responsible for the compositions, which are far more ambitious than the group's earlier efforts ("Silent Sun," etc.). From Genesis to Revelation - Genesis This Genesis collection, which has appeared under license to various labels in addition to Decca and London in different configurations, is largely of historical interest. The group was still in its formative stages, the members barely past their 18th birthdays and still working out what they wanted to sound like. Mostly they sound like the Bee Gees trying to be the Moody Blues (picture something similar to the sound of the former group's Odessa album).

Genesis For the video game console, see Sega Genesis. For the Web Game, see Ge Ne Sis The classic 70s lineup. Genesis, formed in 1967, is one of the most successful rock bands in history, spanning five decades and selling over one hundred million albums. The Genesis studio discography: From Genesis to Revelation (1969) See Canon Discontinuity, Fanon Discontinuity. Genesis contains examples of: After the End: "Stagnation" and "Afterglow". Has been changed into this... I'll give you the names of those you must kill Then have all burned and quickly Cover them up in Trafalgar square Hurry to see, you'll see them dead