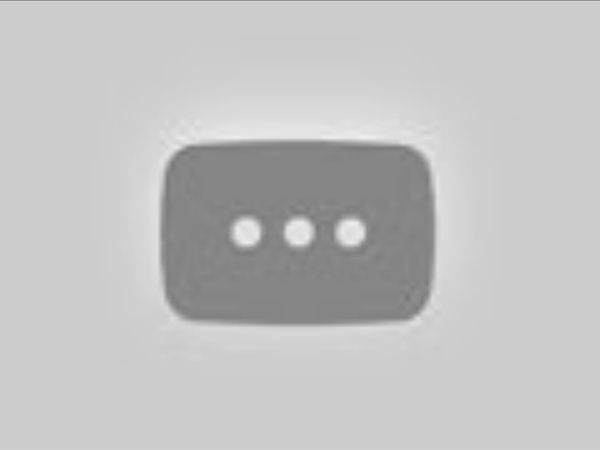 25 Documentaries Everybody Should Watch Sans Soleil This is not your average documentary. It is a fleeting memory, a sudden remembrance of times long past, a meditation on time and culture, a touch of an emotional diary. We follow the eyes of a world traveller who makes sharp observations and tries to convey them to his friend. We never learn who they are and where they came from, and this is perhaps a subtle point the documentary wants to make. The Corporation Corporate personhood is probably the elephant in the room when it comes politics. Watch The Corporation for FREE on Amazon Instant Video Cosmos: A Personal Voyage This list wouldn’t be complete without the documentary Cosmos. The Union: The Business Behind Getting High This is a must watch for everyone. Watch The Union on YouTube. The Century of the Self If I have to recommend one documentary to anyone, this is it. Life in a Day 1 day, 80.000 clips worth 4.500 hours of video, 192 nations and these three questions. Watch Life in a Day on YouTube. Food Inc. Inside LSD Man On Wire

The Abundance Paradigm Foundational Writings | T.A.P. - You're It The End of Entropy:A Look at Our Entropic World and the Evidence Supporting How We Could Change This by Amaterasu Solar Entropy… That measure of disorder that increases as energy is dissipated into unusable forms effects many aspects of our present human condition. It is easy to grasp the principle as it pertains directly to heat. We see the energy of a fire heat our food, but we also can see a great deal of heat going out unused and unusable. In Jeremy Rifkin’s seminal work Entropy, published in 1980, he does an excellent job of demonstrating that, because energy is at the base of life, itself, entropy can ripple through society, creating disorder even as we try to clamp down and control the order of things. The reason why energy and its entropy are tied in to our social structures is made clear by Rifkin in his work (p. 89): And here is where I bring up the “Dark” Energy that is now heralded all over science shows about physics and cosmology. The key things that must be addressed are:

about / FisheadMovie Narrated by Peter Coyote how psychopaths and antidepressants influence our society a provocative snapshot of the world we live in It is a well-known fact that our society is structured like a pyramid. The very few people at the top create conditions for the majority below. Who are these people? Can we blame them for the problems our society faces today? Who, or what, is a psychopath? Broken into three parts, our search for the <fishead( starts in New York City, on Wall Street, where a big chunk of the world power is concentrated. The second part of the film touches on how, for a small number of people, overuse of antidepressants can result in behaviors that appear to mimic some psychopathic features. It is not too far fetched to say that for the first time in history we not only praise psychopaths in the highest positions of power, but in many cases, they became our role models.

Welcome! Welcome to Spirit Science! This is an open exploration into the nature of the universe and our infinite connection to everything around us, and an active demonstration of that connection through our actions. Spirit Science started as an animated video series, and soon expanded to this website and the various social media outlets that we publish on. Today, we are still creating, to expand the discussion about what all of this stuff really means, and to come to understand what it means to be a whole (holy) person. If you want to go straight to the video collection, click here. Spirit Science is about the harmonic merging of ideas that previously we have believed did not fit together. It is the blending of Male and Female energies. It is time for the Two to become One, once more. We are living in exceptional times. It’s the idea that we are all connected. In fact, it is our responsibility to use the gifts we have been given to create a transformation in this world. It is up to us.

I Lived With Buddhist Monks And You Should Too The second thing worth mentioning is how meditation allowed me to get to know my body and mind - getting to know myself. I was observing my thoughts all the time, my mind starting to tell me to quit when it was outside of the normal comfort zone. When you observe your thoughts you also start to understand how your mind works and, consequently, learn how to subvert it. Like Tai Lopez’s cognitive biases - our animal brain needs simply to be understood to be mastered. I learned how to be present, how not to think about the past or the future and to just enjoy the moment. By observing them, I realised that you do not need much to be happy. Another fascinating thing, I took much comfort in, is how fast my body adapted to changes. I think this practice is important for business students, managers and entrepreneurs. Peter Drucker said something similar in the book Managing Oneself. When alone for 10 days, you start to see how your mind and body work. Finally, food.

Will Durant William James Durant (/dəˈrænt/; November 5, 1885 – November 7, 1981) was an American writer, historian, and philosopher. He is best known for The Story of Civilization, 11 volumes written in collaboration with his wife Ariel Durant and published between 1935 and 1975. He was earlier noted for The Story of Philosophy, written in 1926, described as "a groundbreaking work that helped to popularize philosophy".[1] He conceived of philosophy as total perspective, or, seeing things sub specie totius, a phrase inspired by Spinoza's sub specie aeternitatis.[2] He sought to unify and humanize the great body of historical knowledge, which had grown voluminous and become fragmented into esoteric specialties, and to vitalize it for contemporary application.[3] Will and Ariel Durant were awarded the Pulitzer Prize for General Non-Fiction in 1968 and the Presidential Medal of Freedom in 1977. Early life[edit] In 1900 Durant was educated by the Jesuits in St. He graduated in 1907. Teaching career[edit]

Tai Lopez - Live the Good Life Tai Lopez is an investor, entrepreneur, author and aspiring renaissance man. When he's not throwing A-list celebrity parties (Tyler Durden of RSD included) in his Hollywood Hills home he's chin-wagging with Warren Buffet and Bill Gates at the annual Berkshire Hathaway meeting. Tai reads a book a day and sends his reviews to 1.2 million of his close, close friends. And that's just the warmup. He also believes that humans are subject to 25 Cognitive Biases and that Arnold Schwarzeneggar's concept of "Doing Reps" applies directly to life. I was impressed by Tai because he's not a self-help guru but instead a man who believes that the really best knowledge has stood the test of time. www.tailopez.com

Recommended Books Tai's Top Book Recommendations (In Order) #2: Evolutionary Psychology: The New Science Of The Mind by David Buss Amazon #3: How To Win Friends and Influence People by Dale Carnegie Amazon #6: The Lessons Of History by Will & Ariel Durant Amazon #7: Kon-Tiki by Thor Heyerdahl Amazon #8: Civilization And Its Discontents by Sigmund Freud Amazon #11: The One Thing by Gary Keller Amazon #12: Riveted by Jim Davies Amazon oliveremberton 468k shares Share on Facebook Share on Twitter I’m going to share a game with you. This game will reveal incredible things about whoever plays it; surprise, shock and delight complete strangers, and has kickstarted more friendships than I know how to count. Play along and you’ll see. I want you to imagine a desert, stretching out as far as your eyes can see. Your first task is to describe the cube. There are no right answers here, only your answers. As you look at the desert and your cube, you notice there is also a ladder. Now imagine that in the scene there is a horse. We’re nearly there now. Final question. If you’ve been playing along, this is going to be fun. Ready? The cube is yourself. The size is ostensibly your ego: a large cube means you’re pretty sure of yourself, a small cube less so. The vertical placement of the cube is how grounded you are. The ladder represents your friends. Are your friends leaning on the cube? The horse represents your dream partner. But I’ll tell you what.

ZergNet - Discover Interesting Articles 256 Year Old Man Reveals The Secrets To His Longevity! By Steven Bancarz| What is the longest a person has ever lived for? Meet Li Ching Yuen, a man who lived an astonishing 256 years! And no, this is not a myth or a fictional tale. According to a 1930 New York Times article, Wu Chung-chieh, a professor of the Chengdu University, discovered Imperial Chinese government records from 1827 congratulating Li Ching-Yuen on his 150th birthday, and further documents later congratulating him on his 200th birthday in 1877. In 1928, a New York Times correspondent wrote that many of the old men in Li’s neighborhood asserted that their grandfathers knew him when they were boys, and that he at that time was a grown man. Li Ching Yuen reportedly began his herbalist career at the age of 10, where he gathered herbs in mountain ranges and learned of their potency for longevity. He Wasn’t The Only One How about this: On his death bed, Li famously said, “I have done all that I have to do in this world”. His Secret To Long Health: Why Is This So Hard To Believe?

untitled Ageing: The girls who never grow older Our top 12 stories of 2014 - #4: A handful of girls seem to defy one of the biggest certainties in life: ageing. Virginia Hughes reports on the families wrestling with a condition they can’t explain, and the scientist who believes that these children could hold the key to immortality. Richard Walker has been trying to conquer ageing since he was a 26-year-old free-loving hippie. It was the 1960s, an era marked by youth: Vietnam War protests, psychedelic drugs, sexual revolutions. The young Walker relished the culture of exultation, of joie de vivre, and yet was also acutely aware of its passing. He was haunted by the knowledge that ageing would eventually steal away his vitality – that with each passing day his body was slightly less robust, slightly more decayed. Walker became a scientist to understand why he was mortal. Scientists have published several hundred theories of ageing, and have tied it to a wide variety of biological processes. Gabby came out purple and limp. Uneven growth