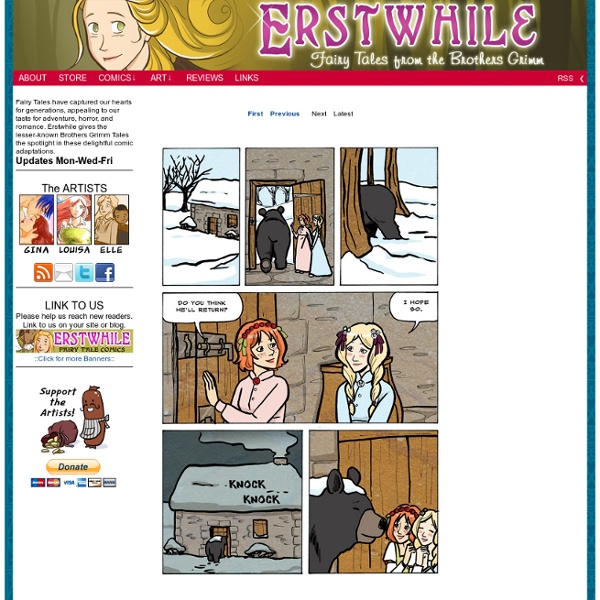 Les Comic by forview Girls With Slingshots Romantically Apocalyptic - 67 namesakecomic.com Never Mind the Gap - 001 Red String ~ A web comic about love and growing up. Art by Gina Biggs I feel so awesome To wet your appetite with the bonus story found in our new EC book, here's a sample page of the 8 page print-exclusive bonus story. We're pretty happy with the story, so we hope you'll like it! Also, the crossover between Magick Chicks and Eerie Cuties is in full swing. Be sure to visit both sites for twice the fun! Annnnd, if you're an artist/creator who'd be interested in contributing a guest comic for either Eerie Cuties or Magick Chicks, we're looking for comics or illustrations that we could run during the Xmas & New Year holidays. Email me if you're interested! Also, the book is at the printer and we should have it in hand at the end of the month and we'll start shipping as soon as we get it. Pre-orders will last till the end of October for the collector's edition, and we'll take it from there on if we'll continue to take orders for the collector's edition after that. Thanks again for all your support. DECEMBER 27, 2010 Today's & Wednesday's update will feature Magick Chicks.

Love and Capes - The Story Abby and Mark are a typical couple. At least, that's what Abby thinks. Unknown to her, her boyfriend is not just an accountant, but also the super-powered crime-fighter, the Crusader. Abby always knew he was a good guy. "Love and Capes" is a heroically super romantic comedy situation comedy in comic book form from Thom Zahler. "I've always liked superheroes, and I've always liked romantic comedies," says Zahler. Zahler says that he was a fan of the cancelled "Lois and Clark" TV show. So "Love and Capes" is two characters in an elevator? "Not exactly. Can you write a whole super-hero book sans all the super-heroics? "Absolutely.