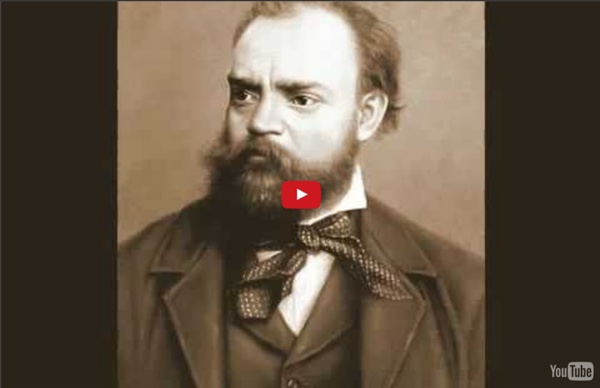 BROR GUNNAR JANSSON Nikolai Rimsky-Korsakov Portrait of Nikolai Rimsky-Korsakov in 1898 by Valentin Serov (detail) Rimsky-Korsakov believed, as did fellow composer Mily Balakirev and critic Vladimir Stasov, in developing a nationalistic style of classical music. This style employed Russian folk song and lore along with exotic harmonic, melodic and rhythmic elements in a practice known as musical orientalism, and eschewed traditional Western compositional methods. However, Rimsky-Korsakov appreciated Western musical techniques after he became a professor of musical composition, harmony and orchestration at the Saint Petersburg Conservatory in 1871. He undertook a rigorous three-year program of self-education and became a master of Western methods, incorporating them alongside the influences of Mikhail Glinka and fellow members of The Five.

Francisco Tárrega Francisco de Asís Tárrega y Eixea (21 November 1852 – 15 December 1909) was a Spanish composer and classical guitarist of the Romantic period. Biography[edit] Tárrega was born on 21 November 1852, in Villarreal, Province of Castellón, Spain. It is said that Francisco's father played flamenco and several other music styles on his guitar; when his father was away working as a watchman at the Convent of San Pascual, the child would take his father's guitar and attempt to make the beautiful sounds he had heard.

Giacomo Puccini Giacomo Puccini Giacomo Puccini (Italian: [ˈdʒaːkomo putˈtʃiːni]; 22 December 1858 – 29 November 1924) was an Italian composer whose operas are among the important operas played as standards.[n 1] Puccini has been called "the greatest composer of Italian opera after Verdi".[1] While his early work was rooted in traditional late-19th-century romantic Italian opera, he successfully developed his work in the realistic verismo style, of which he became one of the leading exponents. Family and education[edit] Puccini's birthplace, seen in 1984

The Mother Didge of Holland Lies Beijerinck the beginning: Lies Beijerinck, a.k.a. ‘Didge-mother of Holland’, has played the didgeridoo since 1993. Although classically trained in harp and cello, Lies developed her own style busking on the streets, and was soon discovered by the Amsterdam dance scene, subsequently playing with DJ Tiësto in front of 25,000 people. Lies is known for her powerful percussive style and clear harmonics, and is one of the finest exponents of the didgeridoo in the world.