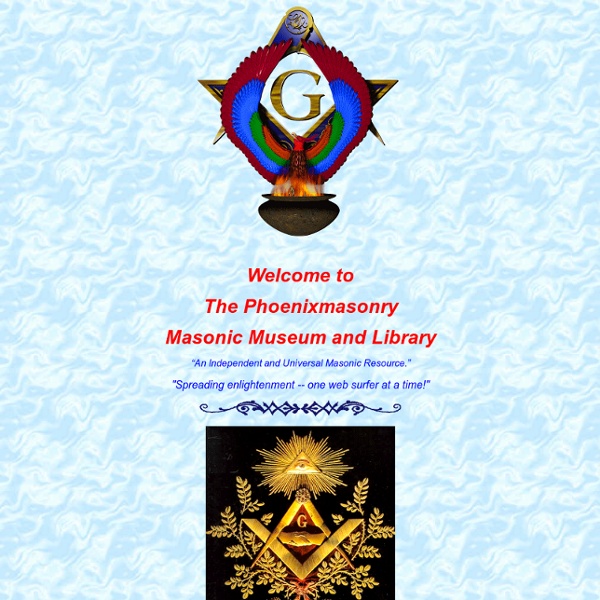 The Light of Egypt or the Science of the Soul and the Stars The Hidden Records - Historical lost symbol of the Solomon Key parchme (...) Illuminati History The Owl of Minerva perched on a book was an emblem used by the Bavarian Illuminati in their "Minerval" degree. The Illuminati movement was founded on May 1, 1776 in Ingolstadt, Upper Bavaria as the Order of the Illuminati, and had an initial membership of five.[2] The founder was the Jesuit-taught Adam Weishaupt (d. 1830),[3] who was the first lay professor of canon law at the University of Ingolstadt.[1] The Order was made up of freethinkers as an offshoot of the Enlightenment and seems to have been modelled on the Freemasons.[4] Illuminati members took a vow of secrecy and pledged obedience to their superiors. Members were divided into three main classes, each with several degrees, and many Illuminati chapters drew membership from existing Masonic lodges. Fundamental changes occurred in the wake of the acceptance of Adolph Freiherr Knigge into the order. Knigge was a young author and Freemason who was steeped in the Western mystery traditions from an early age. Modern Illuminati

Golden Dawn Online Encyclopedia Resource The Book of THOTH - The complete guide to the Tarot, Magick and Hiram Abiff, the True King of Egypt,1554BC The Nag Hammidi Scrolls and The Dead Sea Scrolls are another example of a treasure trove of the writings of the disciples in the 1st century AD. Dismissed by the church as heresy, they reveal a great deal of the 'spiritual' insight of the early Christians. We also have documentation of when rulers like Alexander changed history and tried to preserve everything he found in Egypt instead of trying to destroy it like the Romans did. He found what we now call the 'Emerald Tablets of Thoth' . These are a record of the words of the so-called mythical 'wisdom' God of Egypt recorded some time before 10,000 BC. In addition to this, there is a record stating that the Great Pyramid was never meant to be a burial chamber for any pharaoh but current Egyptian Authorities who are Muslim will not concede that the Egyptian culture is far older that any other culture on Earth except one. The emphasis of this site is to explore the origins of Masonry. It Begins with Knowledge: The Legacy of the Templars

Celestine Vision: James Redfield and The Celestine Prophecy Movie Scrying Scrying (also called seeing or peeping) is the practice of looking into a translucent ball or other material with the belief that things can be seen, such as spiritual visions, and less often for purposes of divination or fortune-telling. The most common media used are reflective, translucent, or luminescent substances such as crystals, stones, glass, mirrors, water, fire, or smoke. Scrying has been used in many cultures in the belief that it can divine the past, present, or future. The visions that come when one stares into the media are thought to come from one's subconscious and imagination,[1] though in the past they were thought to come from gods, spirits, devils, the psychic mind, depending on the culture and practice. Although scrying is most commonly done with a crystal ball, it may also be performed using any smooth surface, such as a bowl of liquid, a pond, or a crystal. Method[edit] The visions that scryers say they see may come from variations in the medium. In folklore[edit]

Complete Bible Genealogy - Jesus family tree - Kings of Judah and Israel Freemasonry Freemasonry is a fraternal organisation that traces its origins to the local fraternities of stonemasons, which from the end of the fourteenth century regulated the qualifications of masons and their interaction with authorities and clients. The degrees of freemasonry, its gradal system, retain the three grades of medieval craft guilds, those of Apprentice, journeyman or fellow (now called Fellowcraft), and Master Mason. These are the degrees offered by craft, or blue lodge Freemasonry. The basic, local organisational unit of Freemasonry is the lodge. Masonic Lodge Palazzo Roffia, Lodge in Italy set out for French (Moderns) ritual The Masonic Lodge is the basic organisational unit of Freemasonry. The bulk of Masonic ritual consists of degree ceremonies. Most lodges have some sort of social calendar, allowing Masons and their partners to meet in a less ritualised environment.[7] Often coupled with these events is the obligation placed on every Mason to contribute to charity. History

Talking With God I met god the other day. I know what you're thinking. How the hell did you know it was god? Well, I'll explain as we go along, but basically he convinced me by having all, and I do mean ALL, the answers. Every question I flung at him he batted back with a plausible and satisfactory answer. In the end, it was easier to accept that he was god than otherwise. Which is odd, because I'm still an atheist and we even agree on that! It all started on the 8.20 back from Paddington. What did he look like? Well not what you might have expected that's for sure. 'Anyone sitting here?' 'Help yourself' I replied. Sits down, relaxes, I ignore and back to the correspondence on genetically modified crops entering the food chain... Train pulls out and a few minutes later he speaks. 'Can I ask you a question?' 'Why don't you believe in god?' The Bastard! I love this kind of conversation and can rabbit on for hours about the nonsense of theist beliefs. But then I thought 'Odd! 'And why should I believe that?' He did.

Devil The Devil (from Greek: διάβολος or diábolos = slanderer or accuser)[1] is believed in many religions, myths and cultures to be a supernatural entity that is the personification of evil and the enemy of God and humankind. The nature of the role varies greatly, ranging from being an effective opposite force to the creator god, locked in an eons long struggle for human souls on what may seem even terms (to the point of dualistic ditheism/bitheism), to being a comical figure of fun or an abstract aspect of the individual human condition. While mainstream Judaism contains no overt concept of a devil, Christianity and Islam have variously regarded the Devil as a rebellious fallen angel that tempts humans to sin, if not commit evil deeds himself. In these religions – particularly during periods of division or external threat – the Devil has assumed more of a dualistic status commonly associated with heretics, infidels, and other unbelievers. Etymology Abrahamic religions Judaism Christianity Islam

Juba II & Cleopatra Selene With particular attention to coinage of the time Note: The following began as a simple "Compare two historical figures" report for an HIS100 class, which I based around their coinage. This has gradually been evolving since. If you have any suggestions or comments, please email me via the link the the bottom of this page. The Roman late republic period was a time of civil wars, with other countries and kingdoms giving aid to various sides. Juba’s father, King Juba I of Numidia, fought on the side of Pompey during the Roman civil war following the breakup of the First Triumvirate. Interestingly, in the Egyptian portion of this same triumphal parade marched Arsinoë, the sister of Cleopatra VII ("the Great".) At the time it was customary to imprison and execute the captured leaders displayed in the triumphs, with the Arverni ruler Vercingetorix being an example from this same triumph. About 5 years later Augustus gave Juba a wife - the 20-year old Cleopatra Selene.