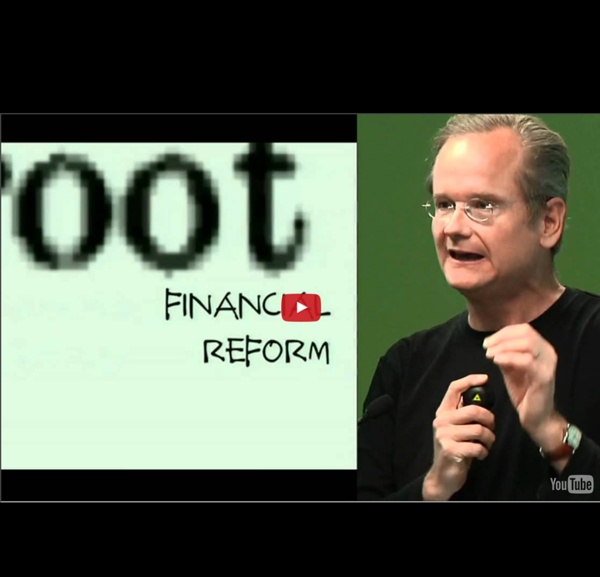 'The Fate of an Honest Intellectual', by Noam Chomsky (Excerpted from Understanding Power) I'll tell you another, last case—and there are many others like this. Here's a story which is really tragic. How many of you know about Joan Peters, the book by Joan Peters? Well, he got back one answer, from me. Well, he didn't believe me. By this time, he was getting kind of desperate, and he asked me what to do. He's now living in a little apartment somewhere in New York City, and he's a part-time social worker working with teenage drop-outs. But let me just go on with the Joan Peters story. Meanwhile, Finkelstein was being called in by big professors in the field who were telling him, "Look, call off your crusade; you drop this and we'll take care of you, we'll make sure you get a job," all this kind of stuff. Well, as soon as I heard that the book was going to come out in England, I immediately sent copies of Finkelstein's work to a number of British scholars and journalists who are interested in the Middle East—and they were ready.

Weekend Musing: Direct Democracy and Economics - macrobusiness.com.au | macrobusiness.com.au Guest blogger Steven Spadijer presents a multi-part series on Direct Democracy to start off the Weekend Musing articles for 2012. In this first post he examines the empirical evidence, speficially the economic impact versus a “representative” democracy. The second post will confront the questions regarding the intelligence of voters, particularly the information-rich environment effect on voter knowledge and interest in politics. In the final post Steven will question if Australia should abolish the states and create something more akin to highly decentralised Swiss cantons. What is Direct Democracy? Readers might notice that these regions are some of the wealthiest, well-governed and most stable countries in their region today. Given the interest emanating from Deus Forex Machina’s recent post “Is Australia the new Switzerland?” the empirical analysis provides evidence that referendums induce less centralization of fiscal activities. Progressivism and Direct Democracy Reasons? 1. 2. 3.

Weekend Musing: Direct Democracy and Voters - macrobusiness.com.au | macrobusiness.com.au Guest blogger Steven Spadijer, of Australian National University, continues with Part Two of his series on Direct Democracy. Part One is available here. In today’s post I’ll examine the role direct democracy has on informing the people. That is, what impact does direct democracy have on the average voter competence? Authors Benz and Stutzer (see references at bottom) provide evidence in favour of the conjecture that citizens in states with direct democratic institutions are better informed than citizens in purely representative states. Some European states used referendums to pass the Maastricht Treaty, others did not. They also looked at to what degree direct democracy in Switzerland is practiced at cantonal level, and compared this with the answers from Swiss citizens on three questions about general Swiss politics. The US literature also reveals the positive endogenous effects of direct democracy: So the “people are stupid” mantra seems rather…err…stupid. Californism?

The Strike and Its Enemies In a noted 2008 essay, Mark Fisher reflected on the pervasive sense of capitalism’s permanence, a feeling he termed “capitalist realism.” But despite its gloomy tone, the piece ended on a note of hope: The very oppressive pervasiveness of capitalist realism means that even glimmers of alternative political and economic possibilities can have a disproportionately great effect. The tiniest event can tear a hole in the grey curtain of reaction which has marked the horizons of possibility under capitalist realism. From a situation in which nothing can happen, suddenly anything is possible again. For Occupy Wall Street, the hole in the curtain was definitively torn open on October 14. On nearby Liberty Street, a cop was overheard asking a colleague: “How are they going to arrest all these people?” The same question was dawning on City Hall. A lot of the younger contingent in Occupy Wall Street had never had many dealings with the unions that had rendered this act of solidarity.

The State of Statelessness - Henry Farrell Under Three Flags: Anarchism and the Anti-Colonial Imaginationby Benedict AndersonVerso, 2006, 255 pp., $25 The Art of Not Being Governed: An Anarchist History of Upland Southeast Asiaby James C. ScottYale University Press, 2009, 464 pp., $35 On August 8, 1897, Michele Angiolillo, an Italian anarchist, shot Antonio Cánovas del Castillo, the Prime Minister of Spain. Cánovas had dominated Spanish politics for decades, even during periods when he was nominally out of office, helping shore up Spain’s tottering monarchy and its possession of Cuba and the Philippines through torture and wide-scale military repression. A century later, anarchists have largely given up on violence. While anarchism still inspires political action, anarchists do rather little to organize that action into a larger program for change. Unlike its great competitor, Marxism, anarchism was never associated with a coherent program of political change. Anderson’s political sympathies are complex.

Naomi Wolf: Fascist America, in 10 easy steps | World news Last autumn, there was a military coup in Thailand. The leaders of the coup took a number of steps, rather systematically, as if they had a shopping list. In a sense, they did. Within a matter of days, democracy had been closed down: the coup leaders declared martial law, sent armed soldiers into residential areas, took over radio and TV stations, issued restrictions on the press, tightened some limits on travel, and took certain activists into custody. They were not figuring these things out as they went along. If you look at history, you can see that there is essentially a blueprint for turning an open society into a dictatorship. As difficult as this is to contemplate, it is clear, if you are willing to look, that each of these 10 steps has already been initiated today in the United States by the Bush administration. It is my argument that, beneath our very noses, George Bush and his administration are using time-tested tactics to close down an open society. 1. 2. 3. 4. 5. 6. 7. 8.

Beyond the Limits of Neoliberal Higher Education: Global Youth Resistance and the American/British Divide | Truthout “We need a wholesale revision of how a democracy both listens to and treats young people.” [1] The global reach and destructiveness of neoliberal values and disciplinary controls are not only evident in the widespread hardships and human suffering caused by the economic recession of 2008, they are also visible in the ongoing and ruthless assault on the social state, workers, unions, higher education, students, and any vestige of the social at odds with neoliberal values. Under the regime of market fundamentalism, institutions that were meant to limit human suffering and misfortune and protect the public from the excesses of the market have been either weakened or abolished, as are many of those public spheres where private troubles can be understood as social problems and addressed as such. [2] Privatization has run rampant, engulfing institutions as different in their goals and functions as public schools and core public services, on the one hand, and prisons, on the other.

Making the University a Police State This weekend The Chronicle of Higher Education published an opinion piece by Michael Morris arguing that in the name of campus security campuses should start data mining all student internet traffic. Or as the not so subtle, fear mongering, almost fit for Fox News title says, “Mining Student Data Could Save Lives.” Morris’s article to put the matter bluntly is a phenomenally bad idea. Indeed his argument so ill conceived that it is difficult to know where to begin in exposing the problems. I even question The Chronicle’s choice to publish this piece. Let’s start by being clear on what Morris is calling for. In other words Morris is calling not for data mining, as his title suggests, but rather for total surveillance of all student internet activity with an eye towards mining that data. Technologically Morris doesn’t know what he is talking about and ethically he equates himself with some of the world’s most oppressive governments. Morris’s logic goes something like this.

Hackgate, power elites and the limits of the “corruption” critique Just days before the first revelations of hackgate started to emerge, I remarked to a left-wing friend of mine impatient at the failure of the causes we share to gain any wider traction, that it was nearly always “corruption” scandals involving elites rather than the power of reasoned critique which opened up a window for profound and lasting change. The observation stemmed from the insight of Robert Darnton, and other scholars of revolutionary France, that it was not so much the rational arguments of the Enlightenment philosophes, but the relentless attacks of the libellistes – the French gutter press - on the greed and depravity of Louis XVI and his wife Marie Antoinette, which led to the French populace’s disillusionment with monarchy and ultimately the downfall of the ancien regime. More recently, we saw in Egypt, how the malfeasance of Mubarak’s government, as exposed by Wikileaks and others, played such an important role in spurring on the protesters. We are at a pivotal moment.

War No More As Steven Pinker observes, we recall the twentieth century as an age of unparalleled violence, and we characterize our own epoch as one of terror. But what if our historical moment is in fact defined not by mass killing but by the greatest levels of peace and safety ever attained by human­kind? By way of this provocative hypothesis, the acclaimed psychologist and cognitive neuroscientist aims to liberate us from the overblown victimhood-by-contiguity of the present moment, maintaining quite credibly that we ought to be grateful for living when we do. In his vivid descriptions of the distant and recent past, Pinker draws from a wide range of fields beyond his own to chart the decline of violence, which he says "may be the most important thing that has ever happened in human history." He argues that prehistory was much more violent than early civilization and that the past few decades have been much less violent than the first half of the twentieth century. Don't have an account? Register

The Green Train - Witness Filmmakers: Rashed Radwan and Carmen Marques' Once upon a time Iraq boasted an extensive railway network criss-crossing the country. But like so much else there, trains were a victim of the years of conflict and now only a skeleton service still runs. Sixty-one year-old Abdul Latif Salman has a unique connection to the railways and a personal history that mirrors the turbulence of recent decades. In his youth he was one of three drivers assigned to Saddam Hussein's private luxury train. He was later a prisoner of war in Iran for ten years and his son was killed by a bomb attack on a government building in Iraq. Today, Salman is a driver once again on the newly-revived passenger service running from Baghdad to the south. Filmmakers Rashed Radwan and Carmen Marques' take us on a journey with him through the heart of modern Iraq calling at stations once thought to be shut forever, in communities that have been under siege for years.

Economists and Democracy by Dani Rodrik Exit from comment view mode. Click to hide this space CAMBRIDGE – I have been presenting my new book The Globalization Paradox to different groups of late. By now I am used to all types of comments from the audience. But at a recent book-launch event, the economist assigned to discuss the book surprised me with an unexpected criticism. “Rodrik wants to make the world safe for politicians,” he huffed. Lest the message be lost, he then illustrated his point by reminding the audience of “the former Japanese minister of agriculture who argued that Japan could not import beef because human intestines are longer in Japan than in other countries.” The comment drew a few chuckles. But the remark had a more serious purpose and was evidently intended to expose a fundamental flaw in my argument. This criticism reflects a serious misunderstanding of how markets really function. Consider all that is required. Once we recognize that markets require rules, we must next ask who writes those rules.