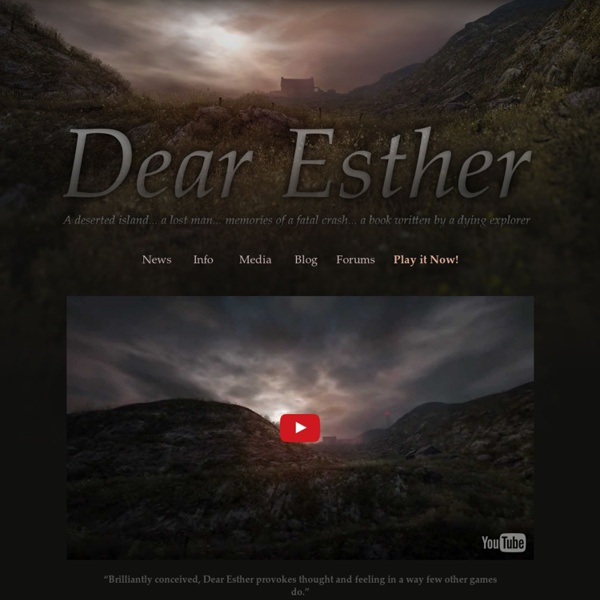 Frozen Synapse: A Simultaneous Turn-Based Strategy Game / Turn-Based Tactical Game! Digital Literacy: Skills for the 21st Century: Introduction This Digital Literacy Toolkit began with the premise that multimedia authoring, which is happening with the extensive use of PowerPoint in classrooms, must be taught as a skill, just as traditional text-based writing is taught. While teachers and students have become familiar with the technical skills required to use images in multimedia productions, they lack a critical language to determine whether an image or a sound is used appropriately. Images, sounds and animations — like words — are building blocks whose meanings can be changed to suit the communicative purpose of the author. Just as the same words and phrases can be arranged or manipulated to express different meanings depending on the author’s intent, so can sounds and images.

Holler Development of Tiny Thorium Reactors Could Wean the World Off Oil In Just Five Years An abundant metal with vast energy potential could quickly wean the world off oil, if only Western political leaders would muster the will to do it, a UK newspaper says today. The Telegraph makes the case for thorium reactors as the key to a fossil-fuel-free world within five years, and puts the ball firmly in President Barack Obama's court. Thorium, named for the Norse god of thunder, is much more abundant than uranium and has 200 times that metal's energy potential. Thorium is also a more efficient fuel source -- unlike natural uranium, which must be highly refined before it can be used in nuclear reactors, all thorium is potentially usable as fuel. The Telegraph says thorium could be used as an energy amplifier in next-generation nuclear power plants, an idea conceived by Nobel laureate Carlo Rubbia, former director of CERN. Known as an accelerator-driven system, it would use a particle accelerator to produce a proton beam and aim it at lump of heavy metal, producing excess neutrons.

Polytron Corporation » FEZ Gomez is a 2D man on a voyage of discovery into the mysterious 3rd dimension. Change your perspective and look at the world in a different way. FEZ is a game for XBOX LIVE ARCADE set to release in Q1 2012. Free Visual Dictionary & Thesaurus | Online Dictionary | Associated Words | Synonyms Dictionary at SnappyWords.com

DAVID OREILLY Lynas, Cancer and you « Hornbill Unleashed Pak Bui What’s the problem with Lynas? In a nutshell, it’s an identical issue to the Taib family’s Pressmetal Aluminium Smelter in Mukah. It shares the same origins as Taib’s land grabs, the greed that turns priceless forests into cheap plywood and oil palm. The problem is that rich people in some faraway place, distant from Lynas, will get richer, while poor people pay with their lives. In the case of Lynas, rich people in Umno and Australia profit, while the rakyat lose. In its factory in Gebeng, surrounded by half a million people within a 30km radius, Lynas proposes to extract the rare earth from the soil, and ship it to hungry industries manufacturing ‘smartphones’, computers and other electronic gadgets. The New York Times broke the news a year ago to incredulous readers, that Lynas will be operating a factory handling radioactive materials, with no plan to dispose of the radioactive waste. Huge risks – but the rich benefit Like this: Like Loading...

Untitled Document What units of measurement are used for data storage? Home : Help Center : Answers Q: What units of measurement are used for data storage? A: The smallest unit of measurement used for measuring data is a bit . Since most files contain thousands of bytes, file sizes are often measured in kilobytes . Below is a list of all the standard units of measurement used for data storage, from the smallest to the largest. NOTE: A lowercase "b" is used as an abbreviation for bits, while an uppercase "B" represents bytes. For example, 100 KB (kilobytes) = 800 Kb (kilobits). ABOUT | Industry Workshops Industry Workshops is a collective of London based creatives with a shared interest in establishing a broad based and vibrant visual arts community through continued education. Founded by Levente Peterffy, Richard Burns and Daniel Matthews, it now involves many experienced VFX professionals from advertising, film, games and music videos in freelance and studio capacities. Artist inspired and artist driven, Industry Workshops brings together leading visual effects talents to share their unique approaches. Spanning three extensive days in vibrant London. Industry Workshops knows the importance of good food and drink, that's why we also offer this for free during the whole event. If you cant't find the specific question you are looking for, don't hesitate to contact us at info@industryworkshops.co.uk Can i get more information about your payment system STRIPE? Yes, feel free to browse their FAQ here. Can i change the name on my ticket/s? Can i get an invoice receipt for my company? Q: Why London?

Chronology of events in the Bukit Merah Asian Rare Earth development Eight men -- a welder, a shoemaker, a general worker, a pensioner, a barber, a tractor driver, a crane-operator and a cancer victim who was to die shortly -- sued Asian Rare Earth in 1985 on behalf of themselves and 10,000 other residents of Bukit Merah and the environs in Perak. They wanted to shut down this rare earth plant in their village near Ipoh because its radioactive waste was endangering their lives. When the Mitsubishi joint venture plant opened over 1982, the villagers soon began complaining of the factory's stinging smoke and bad smell which made them choke and cry. Worse was to come. Their health began failing, indicated not only by frequent bouts of coughs and colds, but a sharp rise in the incidence of leukaemia, infant deaths, congenital disease and lead poisoning. For the first time in Malaysian legal history, an entire community has risen to act over an environmental issue, to protect their health and environment from radioactive pollution.

official website A ruthless new hero for a brutal world Play as Arno, an entirely new breed of assassin, and take down your prey with a range of new weapons such as the phantom blade, a hidden blade with crossbow capabilities. Brand-new parkour, combat and stealth gameplay Enjoy an unprecedented degree of freedom and control over your assassin. Full Motion Control with New Parkour Mechanics for Free Running Up, Across and Down City Walls and Buildings. Deep customization mechanics to craft your own master assassin Craft a unique play style by choosing weapons, gear, outfits and specialized skills. Discover revolutionary Paris, brought to life as never before Carve through the stunning full-scale open world city, a feat only made possible through the power of an all-new game engine. Explore detailed building interiors and discover secret underground catacombs and sewers. A unique co-op experience you must play to believe