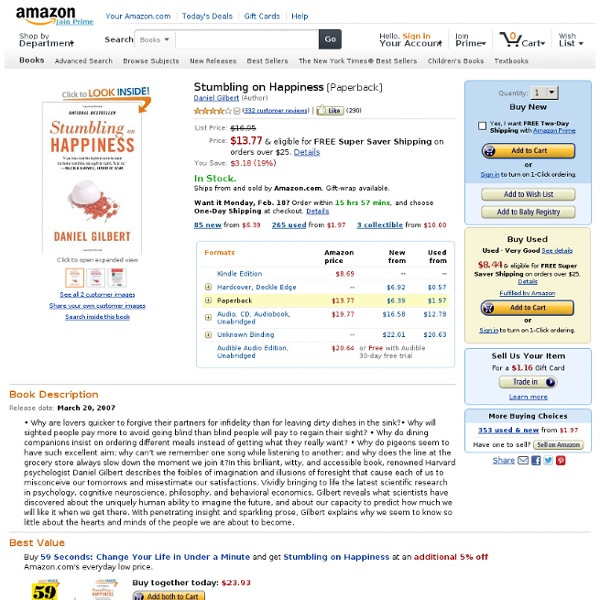 Is there more to life than money? Whenever there is a discussion about joining a startup vs working at regular job, someone will defend the boring 9-5 job by saying, "there is more to life than money". These people are, of course, right. There is plenty of evidence that happiness is only loosely correlated with wealth. People seem to derive a much greater sense of satisfaction from good relationships, and having a sense of purpose and meaning in their life. Money matters too, but not as much once the basic need for food and shelter are addressed, and those aren't big issues for most people deciding between joining a startup or a big company. Furthermore, most people who do join startups will never experience a huge payday. If all you care about is money, I doubt that joining a startup is the right way to go. Maybe it now seems like I'm defending the boring 9-5 job, but it's actually just the opposite. That's no way to live, if you can help it. Of course that's easier said than done, but it's not impossible.

Jeff Bezos&#039; Risky Bet It was one of the Web's typical flash frenzies, a gaggle of geeks seeking the new, new thing. At 2 a.m. on Aug. 24, a new venture called Elastic Compute Cloud quietly launched in test mode. Its service: cheap, raw computing power that could be tapped on demand over the Internet just like electricity. In less than five hours, hundreds of programmers, hoping to use the service to power their MySpace (NWS) and Google (GOOG) wannabes, snapped up all the test slots. One desperate latecomer instant-messaged a $10,000 offer for a slot to a lucky winner, who declined to give it up. "It's really cool," enthuses entrepreneur Luke Matkins, who will run his soon-to-launch music site on the service. Yes, Amazon founder and Chief Executive Jeffrey P. Slide Show >> Bezos wants Amazon to run your business, at least the messy technical and logistical parts of it, using those same technologies and operations that power his $10 billion online store. Another big idea from Jeff Bezos? They already are.

typica - Project Hosting on Google Code This is a simple API to access Amazon's SQS, EC2, CloudWatch, AutoScaling, ELB, SimpleDB, SNS, FPS and DevPay LS web services. It uses the QUERY APIs. This code is thread-safe and works very reliably to the best of my knowledge. I've been using it on a system where sending messages in SQS is critical and we manage pools of servers on EC2. Typica has been tested with the Eucalyptus Community Cloud ( NOTE: The 1.7 release brings support for HttpClient 4, which means a change to the dependencies. How are you using typica? There is a new tool available for downloads. Dependencies: The combination of EC2, S3 and SQS is very compelling for building scalable applications. This project is referenced at the AWS Developer's Connection: The name (TIP-ik-uh) was chosen because this is a coffee grown in Brazil, through which the Amazon flows. Get your "typica" mug here!

Eventual Consistency by Example Recently, there has been a lot of chitchat about the eventual consistency model as illustrated in the famous Amazon Dynamo paper, and today employed by several non-relational databases such as Voldemort or Cassandra.Everything starts with this blog post by the Facebook Infrastructure Lead, claiming: "Dynamo: A flawed architecture", where he makes a few points against the eventual consistency model and the related "sloppy" quorum approach. However, his points seems to be based on a few misconceptions which the Amazon paper doesn't help to clarify, so let's try to spread some light by first giving a few definitions, and then a simple example. Definitions. We may sum up the eventual consistency model in the following statement: More specifically, values for N, W and R can be tuned in order to: An example. Let me show you the simplest possible example: a cluster of two nodes. We have: Even easier: consistent reads are guaranteed by the W value equal to the replication factor. Finally ... See you!