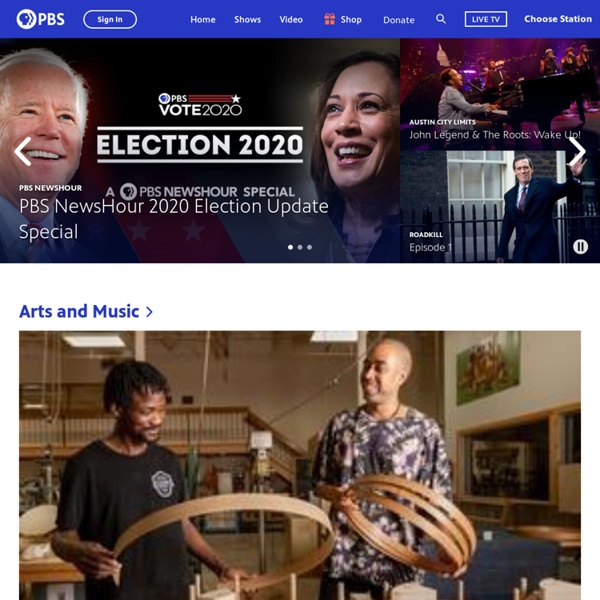 31 Sites with Free Music for Videos As you’ll have seen from the Creative Commons license type descriptions, there are a number of licenses only available for non-commercial use. So how do you know whether your project is commercial or non-commercial? Creative Commons’ own definition of commercial use is as follows: “…in any manner that is primarily intended for or directed toward commercial advantage or private monetary compensation.” Their guidelines on what constitutes non-commercial state that the following users are non-commercial: “(a) an Individual (b) a Nonprofit educational institution/library, (c) a Nonprofit organization as defined under US or equivalent law [1], (d) A commercial copy shop, ISP, search engine, content aggregator, blog aggregator site or similar service provider who, in the course of providing a service at the direction of the allowable NC user, may exercise a right licensed under the Creative Commons license.”

LIBERTY! . Teacher's Guide. Revolutionary War Music Lesson 5: REVOLUTIONARY WAR MUSIC Investigate some of the more familiar and famous songs of the Revolutionary War period and how music was used to convey messages of patriotism and highlight popular sentiments. You’ll need the free acrobat reader. Overview: Must Watch Documentaries About The U.S. Real Scientific Evidence of Controlled Implosion "The preconceived notion of NIST is that there's no evidence for explosives, as in there is no point in looking. That is the most unscientific thing which you can possibly think of. Not to look because you don't expect to find evidence and in fact the evidence is overwhelming. They state these conclusions for which there is no evidence and then they ignore conclusions that can be drawn from the evidence." -Lynn Margulis, PH.D, Scientist/Professor, University of Massachusetts

Selected VOA Special English TV Videos The newer videos are near the top of each category. To see all the videos, go to VOA Special English TV Videos. Architecture Designing a Quake-Resistant Building Starts at the Soil A Collection of Free Media Resources This post attempts to list my top favorite free sites for royalty-free images, music, and videos for creative projects. Since 2000 I have been teaching university students how to design for print, the web, and the screen. One of the very first things we go over is that it’s always best to use your OWN original photos, drawings, music, and videos that you created yourself. Of course, when you need something really specific (say a close up photo of a lion’s mouth or the rings of Saturn) you can’t always get what you need on your own without also putting yourself in grave danger.

Do College Students Read? - With college back in session, we can welcome the bemoaning of college students nationwide on social media – students now encumbered with their: back-to-back-to-back class schedules, unending assignments and group projects, non-stop social lives, and their numerous, heavily marked-up textbook collection. It’s surely busy here, but we wanted to take a moment to see if students were putting down their textbooks for just a second, and picking up a book for pleasure. So we went to our panel of students to ask: “do you read for fun?” Here are some of the results: Frequency: YES! Better@English _Video and audio To learn to speak fluent English, you need lots of exposure to spoken language coupled with opportunities to use what you’re learning. Many learners think that going to a traditional English course is the best way to learn. But you can also learn English very well on your own, without spending a lot of money. Before you sign up for a course, why not make the most of the audio and video resources for English learning that are widely available online?

15 of the Best Open Source Image Sites on the Web Recently, a teacher we know put together a concise and effective PowerPoint presentation which was well received. The only thing was that when the students inquired where the photos came from, the teacher said he searched for them using Google. The students replied, “You mean you stole them!” The Divi Nation Podcast, Episode 6 – Building a Divi Consultancy with Geno Quiroz In this episode of Divi Nation we sit down with Geno Quiroz. Geno is a Divi specialist who runs his own web agency, does white label Divi work for other agencies, and consults on a wide variety of Divi related web projects. We talk about what exactly a Divi Consultant is and how to succeed as one. Divi Nation Episode 06: Building a Divi Consultancy with Geno Quiroz Authentic video in the classroom: Ireland II My second example of utilising authentic video in the EFL classroom is based on the same 50-minute travel video as my first. Of course, one can apply this to any video, but this time I will stick with Ireland. How I do it now will, however, differ from my last post because now I’ll concentrate on the language and vocabulary awareness in detail (but I wouldn’t use both methods on the same video in the same class, though). This approach is, however, associated with a lot of painstaking preparatory work for the teacher, because transcription of the video material needs to be done, at least for some of the clips. It takes about 1 hour to take down 5 minutes of video material, so one needs plenty of time to get a complete transcript.

American college students say they would rather study with real books, not laptops — Quartz Last year, US customs officers seized over $4 million worth of fake chairs. It was the first year that the agency had ever seized containers-full of such unauthorized reproductions, thanks in part to a novel new training that’s turning port inspectors into design connoisseurs. Over the past 18 months, a five-year-old consortium of furniture manufacturers and design firms called BeOriginal has been training US Customs and Border Patrol (CBP) officers to distinguish real Eames, Starck, and van der Rohe designs from fakes, among others. It’s working: According to CBP’s Intellectual Property Rights Seizure Statistics report (pdf, p.5), in 2016, customs officials confiscated 42 shipments of unauthorized replicas worth an estimated $4.2 million.