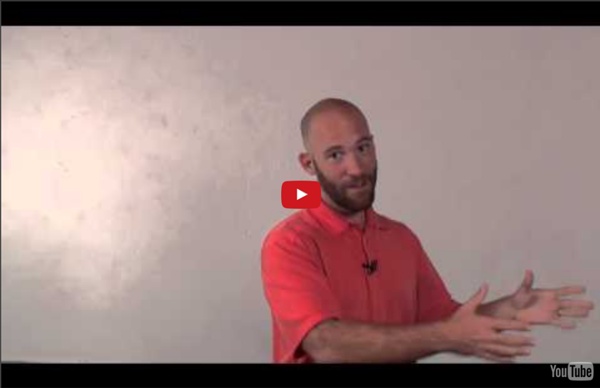 Be Anonymous AnonHQ This article is not about becoming an Anonymous member. Anonymous is not an organization nor a group. Anonymous is an idea, and ideas are bulletproof. MIT Formally Kicks Off Cybersecurity Work Security MIT Formally Kicks Off Cybersecurity Work By Dian Schaffhauser03/16/15 MIT has shared additional details on how it plans to spend a $15 million cybersecurity grant. The multidisciplinary effort will address cybersecurity from three directions: technology, public policy and organizational management. For the technology angle, Cybersecurity@CSAIL will continue work into hardware- and software-based approaches to computer security. How Can You Tell if You're Being Sexually Empowered or Objectified? Ask Yourself This Simple Question Panel 1 Narrator: You’ve probably heard the argument before. Person 1: (pointing at a feminine person in a stereotypically “sexy” pose) That photo is terrible! She’s being sexuality objectified! Person 2: No it’s not! She can do what she wants with her body!

Top 10 Password Crackers SecTools.Org: Top 125 Network Security Tools For more than a decade, the Nmap Project has been cataloguing the network security community's favorite tools. In 2011 this site became much more dynamic, offering ratings, reviews, searching, sorting, and a new tool suggestion form . This site allows open source and commercial tools on any platform, except those tools that we maintain (such as the Nmap Security Scanner , Ncat network connector , and Nping packet manipulator ). We're very impressed by the collective smarts of the security community and we highly recommend reading the whole list and investigating any tools you are unfamiliar with.

Top 15 Security/Hacking Tools & Utilities 1. Nmap I think everyone has heard of this one, recently evolved into the 4.x series. Nmap (“Network Mapper”) is a free open source utility for network exploration or security auditing. It was designed to rapidly scan large networks, although it works fine against single hosts. Nmap uses raw IP packets in novel ways to determine what hosts are available on the network, what services (application name and version) those hosts are offering, what operating systems (and OS versions) they are running, what type of packet filters/firewalls are in use, and dozens of other characteristics.

How to phish(tutorial inside) How to-make a phishing page by Grayboy  What is a phishing page? A phishing page is a fake login page, for example a fake facebook login. Instead of logging you into facebook, it keeps the password! Preparation work Kerberos: The Network Authentication Protocol Recent News Old news is archived. 24 Feb 2015 - krb5-1.11.6 is released The krb5-1.11.6 source release is now available. 18 Feb 2015 - krb5-1.12.3 is released The krb5-1.12.3 source release is now available. Garbage collectors are more likely to die on the job than police patrol officers This weekend, Americans will remember their fallen soldiers, a holiday traditionally observed with barbecues and the Indianapolis 500 car race. The US military isn’t the only industry that often asks the ultimate sacrifice of its workers. Some 4,585 American civilians died in the line of duty in 2013, according to data from the Bureau of Labor Statistics (pdf). Certain jobs in particular are alarmingly risky:

Warning — Popular 'Hot Patching' Technique Puts iOS Users At Risk Do you know?… Any iOS app downloaded from Apple’s official App Store has an ability to update itself from any 3rd-party server automatically without your knowledge. Yes, it is possible, and you could end up downloading malware on your iPhone or iPad. Unlike Google, Apple has made remarkable efforts to create and maintain a healthy and clean ecosystem of its official App Store. Although Apple's review process and standards for security and integrity are intended to protect iOS users, developers found the process time consuming and extremely frustrating while issuing a patch for a severe bug or security flaw impacting existing app users. To overcome this problem, Apple designed a set of solutions to make it easier for iOS app developers to push straightway out hotfixes and updates to app users without going through Apple's review process.

Part II: How to Be Anonymous Online (for Beginners) If you have significant reason to be concerned about your anonymity online, this installment will not be for you; please wait for the next installment. The methods described in this section are intended only for those who want to add a thin layer of anonymity on top of what they currently have (which is likely almost no anonymity). Off the Shelf Solutions There are quite a few excellent free and paid off the shelf solutions intended to protect your anonymity. And while each may offer a legitimate layer of protection, it is critical that you understand the risk you assume if you place all of your faith in the hands of a single entity. Should they be compromised, should they be corrupt, should they be monitored, should their product/service have serious unpublicized weaknesses, you would be potentially exposed.

Top 50 Hacking Tools That You Must Have Whether you are a Penetration tester, a hacker or an aspiring newbie trying to learn Cyber Security, you must have a nice catalogue of tools to make your life easier. While these tools do make working simpler but cannot compensate for the vast amount of knowledge required in this field. In this post i’m going to mention 50 different tools under 9 categories that your ‘Hack Lab’ must have. Most of the tools mentioned in this post are pre-included in Kali Linux which you can install to have them at once. Psychedelics in problem-solving experiment Procedure[edit] Some weeks before the actual experiment, a preliminary experiment was conducted. It consisted of two sessions with four participants in each. The groups worked on two problems chosen by the research personnel.

ssldump – An SSL/TLS network protocol analyzer Sponsored Link ssldump is an SSL/TLS network protocol analyzer. It identifies TCP connections on the chosen network interface and attempts to interpret them as SSL/TLS traffic. When it identifies SSL/TLS traffic, it decodes the records and displays them in a textual form to stdout.