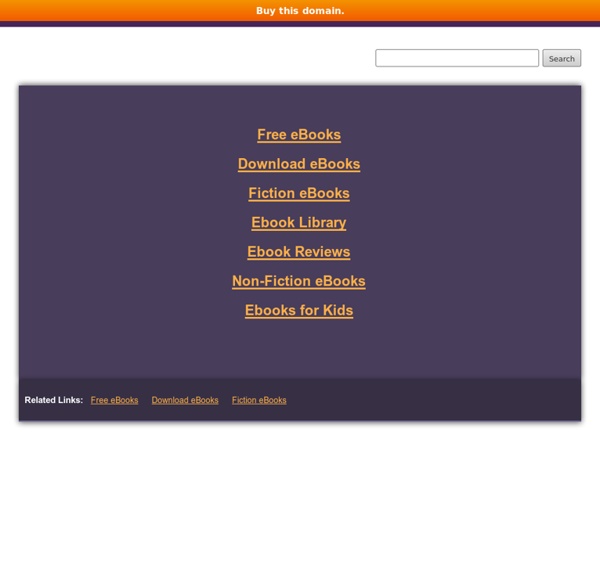 Category: Letteratura Inglese | classicistranieri.com This collection of ten stories, first published in 1904, shows Edith Wharton dissecting some of the customs, habits and vagaries of courtship and marriage, particularly as practiced in the upper reaches of New York society at the turn of the twentieth century (two stories, however, are set in Italy). Fidelity is only one problem; others [...] Little Dorrit, one of the three great novels of Charles Dickens’ last period, was produced in monthly installments from 1855 to 1857, and is considered one of his most profound. Dickens’ father spent three months in Marshalsea Prison for debt, which made a lasting impact on his life. This book is a collection of 17 gems of random knowledge, such as what women are made of and the philosopher’s stone, written in Baring-Gould’s own style. LibriVox volunteers bring you 20 recordings of November by John Clare. LibriVox volunteers bring you 10 recordings of The Christmas Tree by Anonymous.

Free Open-Source Disk Encryption - Documentation This documentation is not guaranteed to be error-free and is provided "as is" without warranty of any kind. For more information, see Disclaimers. TrueCrypt is software for establishing and maintaining an on-the-fly-encrypted volume (data storage device). On-the-fly encryption means that data is automatically encrypted right before it is saved and decrypted right after it is loaded, without any user intervention. Files can be copied to and from a mounted TrueCrypt volume just like they are copied to/from any normal disk (for example, by simple drag-and-drop operations). Let's suppose that there is an .avi video file stored on a TrueCrypt volume (therefore, the video file is entirely encrypted). Note that TrueCrypt never saves any decrypted data to a disk – it only stores them temporarily in RAM (memory). For a quick start guide, please see the chapter Beginner's Tutorial.