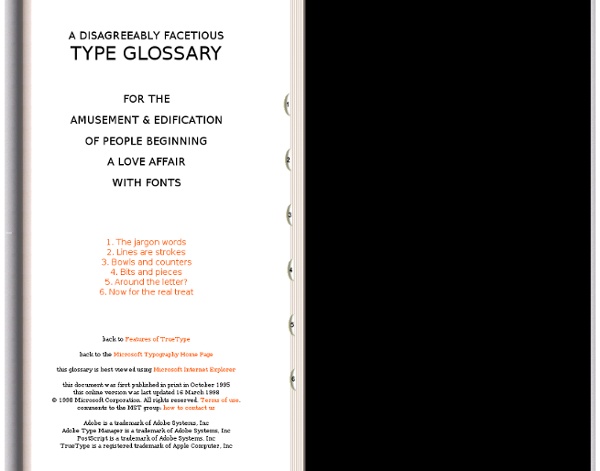 Linear format equations and Math AutoCorrect in Word 2010 - Word - Microsoft Office To insert an equation using the keyboard, press ALT+=, and then type the equation. You can insert equation symbols outside a math region by using Math AutoCorrect. For more information, see Use Math AutoCorrect rules outside of math regions check box. In this article Type equations in linear format You can type most equations quickly by using Math AutoCorrect codes. \eqarray(x+1&=2@1+2+3+y&=z@3/x&=6)<space> which resolves to this: Here are some other examples: Note When an example is followed by two consecutive spaces, the first space resolves the typed text into the equation, and the second space builds it up. Microsoft Office uses the linear format described in Unicode Technical Note 28 to build up and display mathematical expressions. Math AutoCorrect symbols Type one of the following codes followed by a delimiting term. Important The codes are case-sensitive. Note For information on inserting a symbol that is not in the chart above, see Insert a symbol or special character.

Awesome pictures from around the world | Vivi The Mage - StumbleUpon Someone sent me these in a chain email, it was horribly formatted. I also do not know who made the comments, or how accurate they are. I take zero credit in the pictures, I just wanted to compile them nicely for all to see. The world’s highest chained carousel, located in Vienna, the height of 117 meters. Thor’s Well – “the gates of the dungeon.” Emerald Lake in the crater of an extinct volcano. Restaurant on a cliff on the east coast of Zanzibar.Depending on the tide the restaurant can be reached both on foot and by boat. Office of Selgas Cano in Madrid Desert with Phacelia (Scorpion Weed). Balloons in Cappadocia, Turkey. Dubai. And this is the view down These trees grow in the forest near Gryfino, Poland. The border between Belgium and the Netherlands in a cafe Twice a year in the Gulf of Mexico rays migrate. In the resort town of Skagen you can watch an amazing natural phenomenon. In the Chinese province of Shandong is a bridge across the Gulf of Jiaozhou. Day and night. Family photo Share!

Design Inspiration Click Image to go to full post! Carved Book Landscapes by Guy Laramee | Colossal - StumbleUpon (click images for detail) For the better part of three decades multidisciplinary artist Guy Laramee has worked as a stage writer, director, composer, a fabricator of musical instruments, a singer, sculptor, painter and writer. Among his sculptural works are two incredible series of carved book landscapes and structures entitled Biblios and The Great Wall, where the dense pages of old books are excavated to reveal serene mountains, plateaus, and ancient structures. Of these works he says: So I carve landscapes out of books and I paint Romantic landscapes. Mountains of disused knowledge return to what they really are: mountains. Laramee’s next show will be in April of 2012 at the Galerie d’Art d’Outremont in Montreal.

Purpose - BBCx365 The purpose of this project is to promote the awareness of global current events with the American public. ”American citizens know little about current events in general and even less about overseas events” according to The Washington Post in 2006. The article further explains that the reasons for the “unwillingness of American citizens to live up to their civic responsibilities” are due to the supply and content of our news. In the article titled “Mind the Gap,” an explanation is given as such: “Driven by market pressures, news organizations across the globe are turning to more entertainment-centered forms of reporting, making it more difficult for lazy citizens to encounter substantive political information as a matter of course. An important consequence of the shift to “soft news” has been the scaling back of international bureaus and staff.” Heavily “domesticated” news programming creates fewer opportunities for people to learn about overseas events.

Freuds *The Interpretation of Dreams* Chapter 1, Section D - StumbleUpon Back to Psych Web Home Page Back to The Interpretation of Dreams Table of Contents D. That a dream fades away in the morning is proverbial. The forgetting of dreams is treated in the most detailed manner by Strumpell. In the first place, all those factors which induce forgetfulness in the waking state determine also the forgetting of dreams. * Periodically recurrent dreams have been observed repeatedly. According to Strumpell, other factors, deriving from the relation of the dream to the waking state, are even more effective in causing us to forget our dreams. Finally, we should remember that the fact that most people take but little interest in their dreams is conducive to the forgetting of dreams. It is therefore all the more remarkable, as Strumpell himself observes, that, in spite of all these reasons for forgetting the dream, so many dreams are retained in the memory. Jessen (p. 547) expresses himself in very decided terms: The observations of V. On to Chapter 1, Section E

James Arthur Announces Debut 2014 UK And European Headline Tour X Factor 2012 winner James Arthur has today announced his debut UK and European headline tour for January and February 2014 including two hometown shows at Middlesbrough Town Hall. Tickets for the UK shows go on general sale from 10am on Friday October 11th Full tour dates listed below. The tour follows the announcement that his new single 'You're Nobody 'Til Somebody Loves You' - watch video here - is released on October 20th and his self-titled debut album on November 4th, both through Syco Music. After winning X Factor 2012, James went on to score the biggest selling X Factor single of all time with the BRIT Award nominated 'Impossible' and has recorded a stunning debut record writing and collaborating with some of the world's hottest producers including, Salaam Remi, Naughty Boy, TMS, Mojam and Da Internz. Showcasing his incredible vocals, James' first headline tour is certain to be one of THE live events of the new year.

Mexican Pointy Boots | Behind the Seams Last month we went to the dusty city of Matehuala, Mexico, in the northern state of San Luís Potosí on the high plateau of the Huasteca Potosina, in search of the pointiest long-toed cowboy boots ever made. Over the past year, the botas vaqueras exóticas phenomenon has overrun the rodeo dance floors and clubs of this area, much to the dissatisfaction of Mexicans who critique the fashions of their countrymen on hotly trafficked style blogs. But we were told we were too late, that the wrongly maligned wearers of what are by far the most wondrous footwear we’ve ever seen had been replaced with short, square, “pig-nosed” boots by stubby contrarians. We’d seen the occasional report about the exotic pointy-boot trend making its way stateside, spreading into Texas, Tennessee, Oklahoma, and other places where big groups of immigrant Mexicans have taken root, and we expected that the odds were pretty low that the style had phased out of Mexico completely. “Everyone does his own thing,” he said.

Frustro: The Impossible Typeface Hungarian designer Martzi Hegedűs has created a single typeface, titled Frustro, on the sole premise of making it impossible. Based on the illusion of the Penrose triangle (which is by definition, an impossible object whose creator deemed it “impossibility in its purest form”) the type appears to be facing two different directions simultaneously. His diagram explaining the structure of the Frustro “R” is the highlight of his display– it neatly puts together top left and bottom right corners of two 3D renderings of the letter, making it clear how he imagined each letter as an extension of the Penrose triangle. Fascinating– I only wish this was available for download, it looks like a typographer’s dream (or perhaps) nightmare come true. [Via Jon Lee.]

How I Can Afford My Life Of Constant Travel | Wandering Earl - StumbleUpon I’m confused. I’m simply confused as to how it’s possible that I have so far failed to properly explain how I’ve managed to travel/live/work abroad nonstop for 12 years straight (and counting). The questions are still pouring in every single day: How do you do it? And while I thoroughly enjoy communicating with readers (I’m being completely serious and encourage you all to continue sending your emails to me as often as you wish), the fact that these very questions are on the minds of so many of you out there has led me to believe that I need to do a better job at providing the answers. While it’s true that I’ve already written plenty of posts on the matter, clearly all of these posts, even as one collective entity, still fall well short of proving that a life of travel is not some crazy fantasy but a perfectly reasonable and easily attainable lifestyle option instead. So what am I to do? The following is a brief summary of the past 12 years of my life. December 25, 1999: March 2000 April 2003

Hidden Paintings Revealed on the Fore-Edge of Old Books Autumn Special Collections Librarian Colleen Theisen recently uncovered a fore-edge painting found on a scientific book from the early 19th century. The book is from a set of four volumes about the seasons by Robert Mudie that were donated to the Special Collections & University Archives at the University of Iowa by Charlotte Smith, each one holding a hidden image on the edge of its pages. It turns out that a secret image of a panoramic landscape corresponding to the volume's season is revealed on the fore-edge of each tome once the pages are fanned out. Winter Spring Summer Special Collections & Archives, University of Iowa blog via [Colossal]