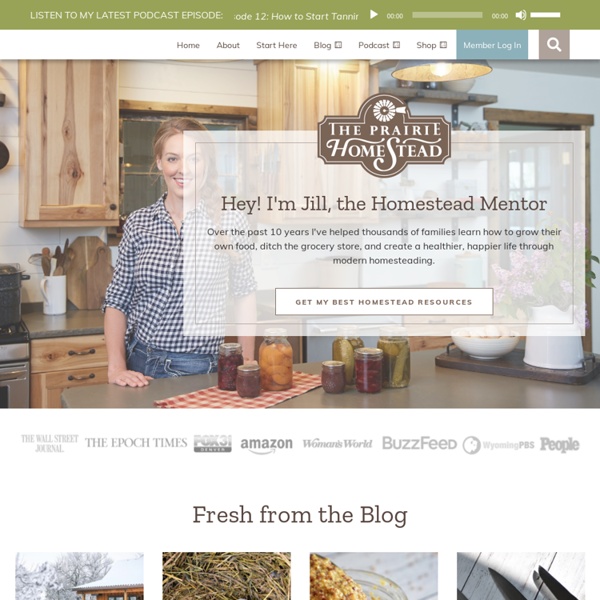 Seeking Simplicity | gentle living in a complex world Homesteading Skills I feel that it is important to continue to learn new skills even if we are getting older! =) So I sat down and made a list of all the things I would like to try this year. Homesteading Skills for 2010 January - homemade bread bowls February - make napkins and tablecloths for home use (I have already made some napkins but will need quite a few more and I haven't tried the tablecloths yet) March - make homemade butter - I want to try Rhonda's recipe that she uses over at the down to earth blog. April - make homemade ice cream - also Rhonda's recipe .... May - making a rag rug June - homemade dandelion jelly July - learn to whittle - we have many willow trees on the property and I would like to try and make a cane August - making bar soap - I tried this last year and was unsuccessful. September - candle-making - I would love some homemade dipped candles October - braided rug - I love the old-fashioned braided rugs and would love a new one for in front of my kitchen sink. Here is the recipe... 1. 2.

Deep Roots at Home Tammy's Recipes | Everyday Kitchen Inspiration Three fried eggs (240 cal.), 4 oz. salmon (169 cal.) and a cup of black coffee = 409 calorie breakfast (20 g fat and 47 g protein) Last year when I decided to get serious about losing weight again , I had a handful of healthful practices in mind that I tried to prioritize (or continue to prioritize). Ten months later, and 40+ pounds lighter, I'm ready to blog about it. Top of my list: Sleep and breakfast. We all know how important a good night's sleep is; study after study confirms just how much our bodies need sleep for us to be at our best and feel well. A few years ago, I really changed my sleep habits for the better. As a result, I have felt healthier. After sleep comes breakfast! I have to "start over" a lot. Which brings me to... breakfast! My salmon and eggs for breakfast -- a delicious combo! I do vary my diet based on what we have on hand or were able to purchase affordably (for the most part). So, I ditched my morning oatmeal for a while. I have lots more to write!

Shocking! This 'Tequila' Sweetener is Far Worse than High Fructose Corn Syrup Many people interested in staying healthy have switched to agave as a safer "natural" sweetener. They want to avoid well documented dangerous sweeteners like HFCS (high fructose corn syrup) but are unaware that most agave is actually WORSE than HFCS.This expose will offend many hardcore natural health advocates because they have been convinced of the agave hype by companies that are promoting it.Some have even criticized me for having "ulterior" motives. But nothing could be further from the truth. Although I do offer natural health products for sale on this site, I sell no competing products to agave.Rather, I recommend other options such as stevia products. So Just What Is Agave? Blue agave is an exotic plant growing in the rich volcanic soil of Mexico under a hot tropical sun, boasting a stately flower stem that blooms only once in its lifetime. What Is the 'Real' Truth About Agave? How Agave Is Grown and Produced Proves It Is Unnatural Is There Really a 'Safe' Organic Agave?

Homestead Basics Frontier Freedom - Home Melissa K. Norris | Fiction Author Inspiring You Closer to God and Your Pioneer Roots Batch Cooking Welcome! If you're new to The Finer Things in Life, you might like to subscribe for free updates. Subscribe via RSS to read updates in your favorite feed reader, or via email to have new posts delivered directly to your inbox. Enjoy this guest post from Kathy. Batch Cooking and a Recipe for Ziti Have you tried batch cooking? I love batch cooking! One of my favorite recipes to make in bulk is ziti , adapted out of the Dream Dinners cookbook . What you need for one batch of Ziti: 1 pound ziti 1 tsp dried rosemary 1 tsp Italian seasoning ½ – ¾ cup sour cream (I use ¾ to make it creamier) ½ – ¾ cup cottage cheese (I use ¾ to make it creamier) 3 cups marinara sauce 1 pound ground beef 1 cup yellow onion, chopped 4 tsp minced garlic 5-6 slices provolone cheese 1 -2 cups shredded mozzarella cheese (I LOVE cheese) Now, mind you, I never use the above as is. Boil the pasta until just tender, drain and place it in a large bowl. That’s it! I make ziti in batches. How do you fill your freezer?

FDA Approves Two New Stevia-Based Sweeteners January 10, 2009 | 103,772 views Share The FDA approved two versions of a new zero-calorie sweetener developed by the Coca-Cola Company and PepsiCo. Cargill, which is marketing the sweetener Truvia from Coca-Cola, received notification from the FDA that it had no objection to the product, calling it “generally recognized as safe.” PepsiCo said it also had received a similar letter and the same “generally recognized as safe” designation for its sweetener, PureVia. Both products use rebiana, an extract from the stevia plant.