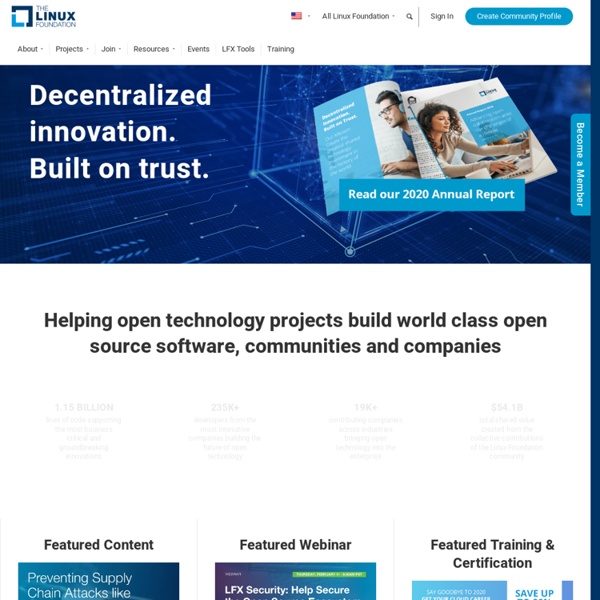 Python Custom Development Environment - Drop-in Networking An integral part of the Drop-in Networking strategy, Digi incorporates a Python development environment into each ConnectPort X gateway. Unlike proprietary embedded development platforms, Digi's integration of the universal Python scripting language allows customers a truly open standard for complete control of connections to devices, the manipulation of data, and event based actions. Python is a dynamic object-oriented programming language that can be used for the development of many kinds of software. Python Developer Resources Check out the available Python Developer Resources for all the latest information about Python and Digi products. Python.org To learn more about Python, please visit www.python.org.

Linux Kernel Newbies What’s Chris Doing? » Blog Archive » HOWTO Cross Compile Python 2.5 Recently I needed to compile Python for an embedded target. I used version 2.5 though it looks like that choice may have made it harder for me. I used 2.5 because I didn't want to have to figure out how to cross compile the cElementTree extension. Unfortunately I still ended up having to figure out how to get PyXML to build for my target. Fortunately I did get everything to work with a bit of fiddling. I started with Klaus Reimer's ARM cross-compiling howto and made made some updates required by changes between Python 2.2 and 2.5. The changes I made are captured in an updated patch to apply against the 2.5 source tree. You can apply the patch with the following command: ~/tmp/Python2.5$ patch -p1 < .. I next generated a "host" python as in Reimer's instructions: ~/tmp/Python2.5$ . I exported necessary variables like CC, CXX, AR, RANLIB, LD, CFLAGS, CXXFLAGS, LDFLAGS for my target. To build and "install" python for the my target I used the following commands: ~/tmp/Python2.5$ .

Embedded Linux Operating systems based on the Linux kernel are used in embedded systems such as consumer electronics (i.e. set-top boxes, smart TVs, in-vehicle infotainment (IVI), networking equipment (such as wireless routers), machine control, industrial automation, navigation equipment, spacecraft flight software, and medical instruments in general). Thanks to their nature of versatility, operating systems based on the Linux kernel can be also found in mobile devices that are actually touchscreen-based embedded devices, such as smartphones and tablets, together with personal digital assistants (PDAs) and portable media players that also include a touchscreen. History[edit] Linux kernel has been ported to a variety of CPUs which are not only primarily used as the processor of a desktop or server computer, but also ARM, AVR32, ETRAX CRIS, FR-V, H8300, IP7000, m68k, MIPS, mn10300, PowerPC, SuperH, and Xtensa processors. Devices coverage[edit] Communities[edit] Platform usage[edit] See also[edit]

Geek Sheet: A Tweaker’s Guide to Solid State Drives (SSDs) and Linux Editor's note: this post was originally published in July of 2008. It's been updated with current information. Is 20th century conventional Winchester multi-platter, multi-head random-access disk technology too quaint for you? Want to run your PC or server on storage devices that consume far less energy than the traditional alternatives? Want a portable or mobile storage unit that will never fail due to G-forces or "crashing?". Looking for a highly reliable and fast random access storage medium to use for your most important data? Right now, the cost of using 2.5" SATA SSDs as exclusive primary storage devices is rather high. For the most part, they've been relegated to executive-class ultra power-miserly and ultra-thin notebooks like the Macbook Air and other high-end business class notebooks running on Windows. At their $2 per GB price point, unless you are really rolling in cash, you probably don't want to be stuffing these with anything less than mission-critical data.

BEC Systems - Home Competitive products today need to incorporate a wide array of standard interfaces and technologies … USB, Bluetooth, Ethernet, high resolution displays, touch screens, WiFi, low power ARM processors, advanced power management, CAN, RS485, remote system management and software update, web services, cellular communication, Zigbee, advanced graphical user interfaces … As project complexity increases, and time to market decreases, companies need to find creative ways to develop products. We can assist you to reach your product goals by helping you navigate the many technology options available, collaborating with those who have expertise in these areas, and then to combine these technologies into a product. In summary, we can help you:

Build an embedded Linux distro from scratch Before you start Objectives This tutorial shows you how to install Linux on a target system. Not a prebuilt Linux distribution, but your own, built from scratch. The result of this tutorial (if you have a suitable target) is a functional Linux system you can get a shell prompt on. About this tutorial The tutorial begins with a discussion of cross-compilation issues, then discusses what the components of a Linux system are and how they are put together. The specific target discussed, a Technologic Systems TS-7800, imposes its own default boot and bring-up behaviors; other systems will have other mechanics, and this tutorial does not go into great detail about every possible boot loader. Prerequisites and system requirements Developers who are interested in targeting embedded systems, or who just want to learn more about what Linux systems are like under the hood, will get the most out of this tutorial. The host environment used is Ubuntu, but other systems work as well. Back to top Target $ .

News - EmbDev.net mini-itx.com - news Python « Ideas for Teaching Computer Technology to Kids “This course aims to teach everyone to learn the basics of programming computers. The course has no pre-requisites and avoids all but the simplest mathematics. Anyone with moderate computer experience should be able to master the materials in this course” “The idea of the course is not to be a first Computer Science course – but instead to be a “programming literacy” / “computational thinking” aimed at somewhere between middle of high school and freshman in college or adult learners looking for an “on ramp” for learning about technology” The course is based on 100% CC-BY materials available from Free, interactive tutorials to help you discover Python idioms, in your browser!