MIDWAY a Message from the Gyre : a short film by Chris Jordan 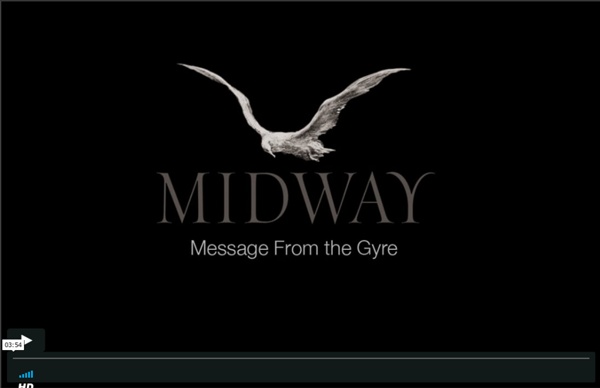 Related:  Plastic in the ocean

WildAid | Why is Plastic Pollution a Problem in Our Oceans? A sea turtle spots a plastic bag floating among the waves. To him, it looks like a jellyfish, its general shape and consistency swaying and catching the light in just the right way. He swims toward it and ingests the bag in one gulp, satisfying his hunger, and then goes on his away. In actuality, that plastic bag lines his gut, causing digestive blockages and the sea turtle’s eventual death from starvation. This is why a sea turtle could confuse a plastic bag with a jellyfish (Plastic Pollution Coalition) This story is all too common in the marine environment. Only 9% of plastics in the United States are recycled, and since most are not biodegradable, much of this refuse floats around for years, breaking down into smaller and smaller pieces that are invisible to the naked eye. WildAid currently works with marine parks throughout Ecuador to remove ghost nets and discarded fishing line from the sea during regular patrols.

JTED: About Eco-Machines An Eco-Machine™, can be a tank based system traditionally housed within a greenhouse or a combination of exterior constructed wetlands with Aquatic Cells inside of a greenhouse . The system often includes an anaerobic pre-treatment component, flow equalization, aerobic tanks as the primary treatment approach followed by a final polishing step, either utilizing Ecological Fluidized Beds or a small constructed wetland. The size requirements are entirely dependent on the waste flow, usually determined during our preliminary engineering phase and site visit. The Eco-Machine™ is a beautiful water garden that can be designed to provide advanced treatment. A robust ecosystem is created in the Eco-Machine between the plants, microbial species and distinct treatment zones. The Eco-Machine can be designed to function, and resemble, a baffled “river” through the creation of eddies, countercurrents, and contact zones in which a diversity of life will arise. click to enlarge

21st-Century Capitalism Is Killing Ocean Life | Yves Engler Sea turtle lies lifeless, wrapped in plastic on the shores of Porto de Galinhas beach on January 12, 2017 in Ipojuca, Brazil. (Photo: Marcos Souza/Brazil Photo Press/Getty Images) For 21st century capitalism the more disposable the better. According to a recent Ellen MacArthur Foundation study, the world's oceans are set to have more plastic than fish by 2050. There are currently 150 million tonnes of plastic debris floating in the world's oceans. The Canada-U.S. During the second half of the 20th century plastic production rose 20 fold and it's on pace to double over the next two decades. Approximately half of plastic is for single use. Before wreaking havoc on ocean fauna, plastics also harm human health. The toxins in plastics should be better regulated. The Canadian Environmental Protection Act provides the federal government with a tool to restrict toxic substances while Environment Canada operates a scientific review to test for possible harm.

How to Plant and Grow Garlic If you love garlic, consider planting some this fall. It’s easy to grow, just follow these steps. GardeningGarlicGIYPlanting Ideas Related Posts « Attention Nature Lovers, You’ve Got To See This Video! Marijuana and HIV; What Big Pharma Doesn’t Want You to Know » Take Three Guesses At What Researchers Just Found At The North Pole A British-led expedition to the Arctic has made a depressing discovery in the middle of the Arctic Ocean: polystyrene. The researchers found chunks of plastic and polystyrene on ice floes in the ocean where previously they hadn’t been able to even access due to sea ice. This is the furthest north of any ocean that plastic detritus has been discovered, only 1,000 miles from the North Pole. It would seem there really is no getting away from plastics in the oceans. The researchers were part of Pen Hadow’s Arctic Mission to sail to the North Pole, collecting important data along the way, which is still taking place. The team wasn't expecting to find polystyrene so far from land, but then they weren’t expecting to be able to access an area that is usually covered by ice all year round. “For the 25 years I have been exploring the Arctic I have never seen such large and very visible items of rubbish,” said Hadow, the Guardian reports. [H/T: The Guardian]

Related:
Related:  Plastic in the ocean