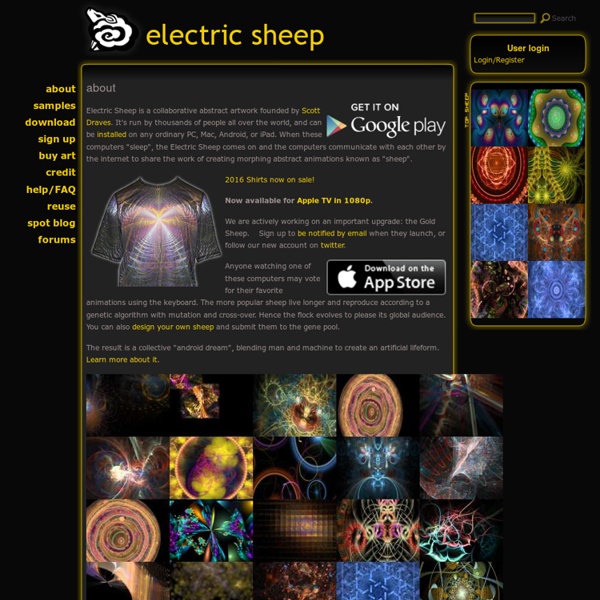 What are Lichtenberg Figures, and how are they Made? Other interesting properties: fluorescence, solarization, birefringence, and discharge-free zone When acrylic is irradiated by high-energy electrons, it glows a brilliant blue-white color. Radiation chemistry studies suggest that this is mainly due to luminescence that peaks at a wavelength of about 435 nm. However, acrylic also generates fainter glows from x-ray fluorescence , and Cherenkov radiation . The exact light-producing mechanisms for electron-irradiated PMMA are not fully understood. Newly-irradiated specimens develop an amber-colored layer in the region between the surface(s) that were irradiated by the electron beam and the discharge layer. underneath the mask. Most of our specimens turn a beautiful lime-green color immediately after irradiation. It has also been discovered that the solarization layer is fluorescent. Finally, you'll notice that all of our sculptures have a discharge-free boundary along the outside edges. After we discharge a specimen,

Center for Visual Music In Memoriam: Richard Baily Center for Visual Music photo courtesy Robin D'Arcy Richard "dr." Baily Biography. A DVD of doc's personal art films is forthcoming from CVM (March 2014). Baily's statements, musings, recollections (from emails and listserve posts) "my life fascinates me. i am held aloft by angels, even when they seem to have abandoned me." - Sept. 2003 March 2005 - CVM presented "An Evening of Visual Music Films" at The Museum of Contemporary Art, Los Angeles as a special accompanying event to the Visual Music exhibition. Richard Baily and John Buchanan, xtacism, 2005, 5 min "Xtacism was constructed from old "footage" that i had laying around from SOLARIS and STAY, two feature film projects that i've worked on during the last 2-3 years. in this sense, it is junk art, like herms' assemblages. there is no middle, beginning, end, it is like the river, it just keeps on going." - dr. from Spore rock on dr. doc's backyard, 2005. email CVM CVM Home Join our Mailing List: CVM List

Screensavers - Best Of | Graphics Advertisement Long, long time ago screensavers have been used to prevent the so-called screen-burn-effect — a permanent disfigurement of areas on a CRT display caused by non-moving text or graphics being displayed continuously for long periods of time. To avoid this effect, screen savers have been used to blank the screen or fill it with moving images or patterns when the computer was not in use. In fact, we don’t need screensavers any more, however we tend to use them as eye-candy for our coffee breaks. However, if you are tired of the default screensavers brought to you by your OS you might start searching for the fresh ones in the Web. In fact, there are only few pearls – amazing screensavers you’d be really ready to pay for once you’ve tested them. Please notice: in the overview below you won’t find enormous screensaver collections such as Screensaver.com (10 points for the first user mentioning this site in our comments). Selected Screensavers For Your Desktop Source, Source Solarwind

the electric sheep screen-saver Les 1000 Want to add this gigapan to your favorites? or now. now to add this Gigapan to a group gallery. now to add this Gigapan to a gallery. About This Gigapan Toggle Taken by mur des1000 Explore score Size 0.20 Gigapixels Views Date added Feb 15, 2010 Date taken Categories Galleries Competitions Tags Adoption Description Mur d'images constitué de photos d'enfants haïtiens et de leurs parents adoptifs. Gigapan made out of photos of Haiti orphans and their adoptive parents. Where in the World is this GigaPan? Toggle

Jonathan Puckey - Delaunay Raster The Delaunay Raster is an original graphical process I invented in 2008, to create abstracted versions of images using the Delaunay Triangulation, color averaging and hand assisted placement of points. Delaunay Raster was developed using Scriptographer and color averaging by Jurg Lehni. Please note that the tool is not currently for sale to the general public and any other implementation of the technique has been developed without my approval unless otherwise noted. I have chosen not to make the Delaunay Raster open-source, because I am able to use it to fund my studio and open source work for projects like Scriptographer and Paper.js. Therefore I would also hope that developers and illustrators have the common decency not to implement / copy this technology / technique using the technology du-jour on the gadget du-jour without getting my permission. Why not make something new instead? Based on an original photo by Marion Wilson (used with permission).

Bit-cycling : RSS Screensaver Walter posts about the sample screensaver we've posted on MSDN. It's really slick: it'll pick up pictures and descriptions from any photofeed you have on your PC. Source is available if you want to tweak it yourself. I've posted a compiled version if anyone wants to just take a look without having to compile it themselves. Usual caveats apply: this is sample code, it may not work, it probably won't affect your computer in any negative way, but it hasn't gone through rigorous testing, so I don't know for sure. Your mileage may vary. Just unzip both files into the same folder and double-click the .scr file (after subscribing to some interesting photo feeds in IE7 Beta 2 Preview, of course :). Some people have asked what's the point of a an RSS screensaver? If you accept that a picture screensaver is interesting, then a screensaver that is automatically updated with pictures from a photo feed is just cooler. Enjoy. -Sean

256-Color VGA Programming in C - Primitive Shapes &amp; Lines Why shapes and lines? This section covers three basic drawing elements: lines, rectangles, and circles. Some of the programming techniques in this chapter may not appear to have any clear use, but the information here is a valuable resource and provides a good foundation. Drawing lines One problem with line drawing is that the screen is arranged in a grid of horizontal and vertical lines. Figure 4. Therefore, the line drawn on the screen will not be exact; it will only be a representation of the line. Figure 5. One way to draw a line is to first calculate the slope of the line, then plot a pixel at each specified step along the major axis. In the example in Figure 5, the major axis is the x axis because the line is more horizontal than vertical. Using (4,23) as (x1,y1) and (13,21) as (x2,y2), Plot a pixel for each x 4 through 13 inclusive using the point-slope equation of a line. or (4,23). Figure 6. Table II. Bresenham's algorithm , 4+4<11, so the answer is 2 with a remainder of 11-8 or 3.