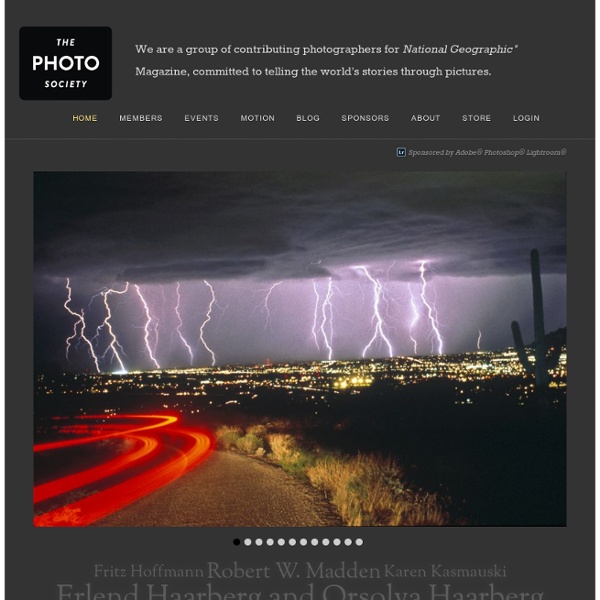 National Geographic`s 2010 Photo Contest Writen by Bogdan / Comments Off on 50 Images from National Geographic`s 2010 Photo Contest This is one of the most anticipated annual photo contests. The deadline for the submissions is on November 30th so if you have an interesting photo, submit it. Below you can see 50 images collected from different categories. An Indian wrestler smears mud on his head before starting wrestling in Kolkata, India, March 30, 2010. A supercell thunderstorm rolls across the Montana prairie at sunset. Freediver waiting over 800 ft of water for something substantial to come up from the depths. The Great Pyramids. The Music Of Love. Liquid Planet. Brown bear, Buskin River, Kodiak Alaska. Fleet week 2010, standing on Alcatraz island as the Blue angels fly over head. A Wrinkle in Time. This picture was taken in Suradita Village, West Java, Indonesia (2010). Cosmic. The child in us. Cloud and ship. After the Crash. Giraffes at Savannah. A worker in a Bangladesh market taking a much deserved smoke break. Oasis.

Trees Take Root in Abandoned Silos In American Farming Communities Drive down a two-lane highway in the rural Midwest and you’re likely to encounter decaying buildings, maybe a half-collapsed barn, and abandoned silos. Industrial agriculture has reshaped America’s farming communities in recent decades by consolidating resources in fewer and larger farms, leaving abandoned structures from defunct family farms dotting the landscape. And amid the ruins, the New York Times has spotted a surprisingly common sight: abandoned silos with trees growing inside them, or as they’re more commonly known, silo trees. In many Great Plains states, trees have trouble surviving because of the relentless winds. According to the New York Times story, a recent shift to larger industrial farms that employ fewer people has left many homes empty. Via New York Times Photos by Flickr users , countrygirl0, alex_ford, m.gifford, and ebis 50,

National Geographic Photo Contest 2012, Part II The deadline to enter this year's National Geographic photo contest is coming up -- this Friday, November 30. Back in September, the society started gathering and presenting galleries of submissions, encouraging readers to vote for them as well. Winners will be chosen on or around December 15, 2012. Use j/k keys or ←/→ to navigate Choose: Nursing Mama: This female brown bear came into the Lake Clark National Park area in late July with her triplet Spring cubs and seemed quite relaxed as she sat nursing two of her cubs. The Matterhorn: Night Clouds #2 -- The Matterhorn, 4478 m, at full moon. Waterfall Fisherman of Si Phan Don: Around the turbulent waterfalls of Si Phan Don in Southern Laos a select few fisherman risk their lives daily to catch fish from the swollen Mekong River. Swimming with a Turtle: After observing this turtle, I swam with him for a few minutes. Water Magic: In a world of a million water pictures, it's easy to dismiss this as "just another reflection shot". Trapped!

Sharpest Views of the Cosmos Ever A close-up of the central region of the Orion nebula, taken with the Schulman Telescope at the Mount Lemmon SkyCenter. Credit: Adam Block/UA SkyCenter) Astronomers have built a new astro-camera that, when fitted onto the largest observatories on Earth, can snap photos of the universe twice as sharp as the famed Hubble Space Telescope. With the newly developed technology, giant telescopes can reach their theoretical limits of resolution in visible light —something that was just not possible, until now, because of atmospheric turbulence causing blurry visible light images. (Related: The Largest Baby Star, Ever?) “It was very exciting to see this new camera make the night sky look sharper than has ever before been possible,” said Laird Close, the project’s principal scientist at the University of Arizona in a press statement. “As a result, we can see the visible sky more clearly than ever before,” said Close.

Iconic Images From 125 Years Of The National Geographic Society Published 28 January 2013 In January 1888, a small group of scientists and enthusiasts founded the National Geographic Society (NGS) with the aim of creating “a society for the increase and diffusion of geographic knowledge." The first issue of the magazine was published in October 1888. Today, 125 years later, the society is one of the largest nonprofit educational and scientific organizations in the world. Gilbert H. By setting off a camera trap, a female tiger captures her own image in Bandhavgarh National Park in India in 1995. The “Ice Maiden,” the 500-year-old mummy of a young Inca girl found on a Peruvian mountaintop by archaeologist and National Geographic explorer-in-residence Johan Reinhard. Three figures on camelback behold the pyramids of Giza in 1938. The National Geographic Society flag unfurls aboard a prewar Noah’s ark: The "M.S. The first American team to summit Mount Everest in 1963 included "National Geographic’s" Barry Bishop. The rusted prow of the "R.M.S.

Black Browed Albatrosses (Frans Lanting) Random photo Submit your photo Stumble Thru animal photography, nature photography Tags: africa bird black browed albatrosses from south africa by frans lanting | national geographic 25 582 views Rating: 0 Adorable Photos of Animals With Their Babies That Will Make You Go ‘Aww’ cheetah cub and her mother, kenya black skimmer and a baby chick stunning african villa Place your ad here Loading... About OneBigPhoto is your daily dose of high quality photos. 2731 photos uploaded Important stuff Top rated Top galleries Submit photo Privacy policy Wallpaper Contact us Connect with us Search Some rights reserved. ©2013 OneBigPhoto.com x 2015 National Geographic Traveler Photo Contest I just found your next desktop background. The coveted first-place prize of this year's National Geographic Traveler Photo Contest was awarded to Anuar Patjane yesterday for his unbelievable image of a humpback whale and her newborn calf off the coast of Mexico. The gold medal comes with an eight-day expedition on the Panama Canal aboard National Geographic's charter ship. A panel of photographers pulled the image, along with 9 other honorable mentions, from over 18,000 entries. Check out the winning snapshots, and get exploring! Three gravel workers peer through a window in Bangladesh. Men race camels along the Arabian Peninsula. A mountaintop sauna glows softly over the Italian Alps. A bright moon floods Nimibian sands with light. Two boys try catching a duck at the base of a waterfall in Thailand. Indian wrestlers cover themselves in clay to soothe sore muscles after a fight. Three white rhinos graze in an animal sanctuary in Uganda. Haymakers work together in the Polish countryside.