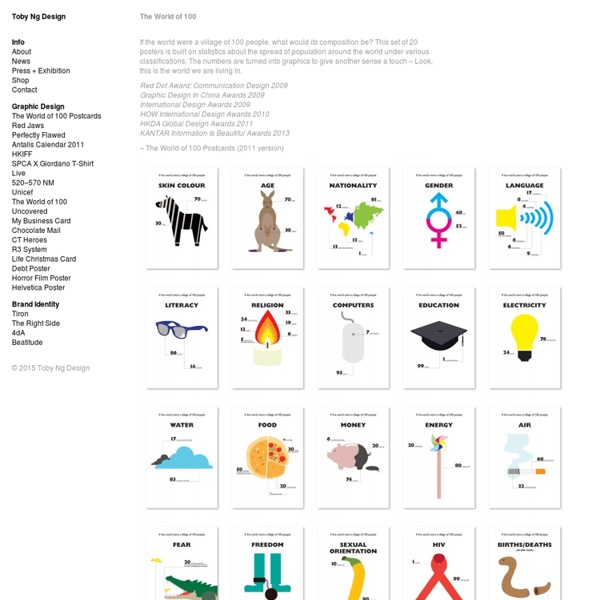 The Science of Familiar Strangers: Society's Hidden Social Network We’ve all experienced the sense of being familiar with somebody without knowing their name or even having spoken to them. These so-called “familiar strangers” are the people we see every day on the bus on the way to work, in the sandwich shop at lunchtime, or in the local restaurant or supermarket in the evening. These people are the bedrock of society and a rich source of social potential as neighbours, friends, or even lovers. But while many researchers have studied the network of intentional links between individuals—using mobile-phone records, for example—little work has been on these unintentional links, which form a kind of hidden social network. The results are a fascinating insight into this hidden network of familiar strangers and the effects it has on people. All this is made possible by the Singaporean bus service’s smart card ticketing system. The pattern of in-vehcicle encounters is rich, and the results of their analysis make for interesting reading.

thenextosama.com 20 Free Fonts Just Perfect for Retro and Vintage Designs Awww, vintage and retro style designes are simply awesome. By using various design elements such as textures, patterns and brushes to add an aged or used appearance designers can easily pull of timeless look. To compliment retro/vintage appearance it’s also important to use proper typography from the time period you are trying to represent. To help you out, I’ve rounded up 20 perfect retro and vintage fonts to use in your designs. I’m hoping that you found at least one new font to add to your collection. Which ones you like most?

Paula Deen’s Racist Wedding Fantasy Was Once Reality Paula Deen is in trouble. Last month, in a deposition for a discrimination suit brought by an employee, the Food Network star blithely admitted to using racial slurs. Perhaps equally disturbing, she also said she had fantasized about throwing a slavery-themed wedding for her brother, an idea that came to her after eating at a restaurant with an all-black staff. Deen has apologized, though the Food Network has announced that it won’t renew her contract. Whatever her motivations, she tapped into a long history of slavery fantasy in the U.S. In the years preceding the Civil War, as northern states gradually emancipated their slaves, many expensive hotels in New York and other northern cities made it a policy to hire only black men to wait tables in their dining halls. Because New York was a center of the cotton trade, southern cotton merchants and their emissaries spent a lot of time in the city’s hotels. Read more from Echoes online.

- StumbleUpon I have been playing a lot with the Displace filter in Photoshop and I still get impressed with how powerful it is. Even though I have written some tutorials using it, I decided to try to recreate a different effect that I saw in one of the images submitted for the Daily Inspiration. It was a brick wall deformed like it was made of cloth. So in this tutorial, or a quick-tips I will show you how to create a curtain made of bricks or how to deform a brick wall as it was a curtain. To do that we wil use a few stock photos, layer adjustments and the Displace filter in Photoshop CS5. Step 1 Open Photoshop and create a new document. Step 2 Let's import another image, now of a girl opening the curtains. Step 3 With the Lasso Tool (L) or the Pen Tool (P) select the empty white. Step 5 Now select the hands/arms of the girl and the curtains. Step 6 Move the brick wall layer so it will be in front of the girl layer. Step 7 Go to Layer>Layer Mask>Hide Selection. Step 8 Step 9 Step 10 Step 11 Step 12 Step 13

Generation X: An Inconvenient Era A data-based look at the financial context of the past 30 years from the perspective of Gen X. I am honored to publish an insightful essay by longtime contributor Eric A. on the inconvenient financial era Generation X finds itself in. What sets this essay apart from most other generational analyses is its focus on data and charts. In The Brewing Generational Conflict (May 15, 2013), I mentioned the Cultural Monster Id (CMI) that arises whenever inter-generational emotions are freely expressed. Personally, I don't find much value in these outpourings of Cultural Monster Id, for several reasons. There's also a bit of intrinsic falsity in defining generational characteristics. We can while away many a night around the campfire lambasting or lauding various supposedly generational traits, but I don't think that gets us anywhere useful. Luck matters, timing matters, but so does context. Large cohorts generate their own self-referential feedback loops. Wow, this investing stuff is easy! Wow!

Hanging herb garden Make a hanging herb garden Spinach, cabbage, cherry tomatoes, granadilla, rhubarb, and a few others are vegetables that I normally want on the spur of the moment, and it would be nice to have my own fresh supply growing in the garden. For the herbs I have planted some here and there in the new bed that I am busy building, but I have also made a herb garden that is mounted right next to the door, so that I can easily pick off a few for cooking. The wall-mounted herb garden is a modification on a previous project and uses recycled materials that were lying around: You will need: Scrap of wood Empty 2-litre plastic bottles Batting Fresh herbs Potting soil Some small screws 2 picture hooks 2 concrete nails Hammer Optional: PC printed stencil Craft acrylic Paintbrush Here's how: 1. It should be approximately 20cm wide and long enough to accommodate the amount of herbs you want to place in the herb garden. 2. 3. 4. 5. This prevents the soil from falling out!

I don’t hate millennials anymore! Like many of my colleagues in the American academy, each fall I consult the Mindset List for entering college freshmen produced annually by Beloit College of Wisconsin. Designed to identify “the experiences and event horizons of students and . . . not meant to reflect on their preparatory education,” the list is marked by a frequent use of “always” and “never,” reminding us that many cultural and experiential commonplaces for those writing syllabi are foreign, inscrutable, and sometimes ancient history to the syllabi’s intended audience. On the list for the class of 2013, three facts controverting my own early experience catch the eye: one demographic, one geographic, and one pedagogic. As a member of Generation X (b. 1970), I have long attributed the difference between my contemporaries and the Generation Y, or Millennial, students I teach (born between 1979 and 2003 or so) as one of substance and content. I was stunned. “What do you mean?” Oh, that’s right, I thought.