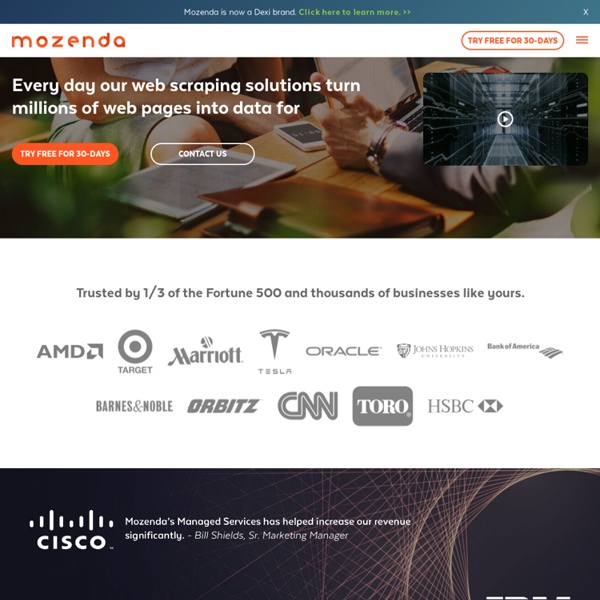 Dimdim e-Patients, Quantified Self and Self-Efficacy; Self-Monitoring Through Technology EXCLUSIVE POST - At the Medicine 2.0 Summit at Stanford in September, there was an interesting juxtaposition of these three concepts. The discussion of self-efficacy came from a presentation from the Stanford University School of Medicine on “Cancer Thriving and Surviving: An On-line Workshop That Improves Quality of Life.” [ The program uses six week, peer led, cancer survivor workshop threaded discussion boards where participants can interact. “There were also sections for keeping individual records, links to other websites, and an internal post office for messaging individual participants.” Self-efficacy theory was developed by Bandura as a part of the growing field of cognitive psychology in the 1970s. Quantified Self [ is a group which “is a collaboration of users and tool makers who share an interest in self knowledge through self-tracking.” Connect: Authored by: John Sharp

Lisa Stovall Boardroom Video Conferencing | Multipoint Video Conferencing India PVCS Pro HD is a software-based Multipoint control unit (MCU), that provides users the ability to conduct Multipoint video conferencing calls with just a single click. Video Conference meetings can be initiated from a desktop, conference room or on the road using Android based Phone or tabs or even IPad's and IPhones. PVCS Pro HD offers full transcoding which provides the best media experience for all users regardless of location or internet connection speed, while using only standards based servers and no proprietary hardware appliances. PVCS Pro HD is Fully Software based MCU with capability to connect to any IP Based H.323 Hardware Video Conference device with inbuilt H.323 Gateway The Solution is capable to Connect Simultaneously from 2 to 5000 Locations in a Single Conference. The Core Technology supports 720p encode@30fps and 2160p decode@30fps Supports 24, 48 or 96 videos in single screen. Supports 12 simultaneous audio channels.

How would you write a request to an Archangel? This may sound a silly question you would write it in English or your home language wouldn’t you? Yes this is possible however you should use a language that the Archangel will understand, that does make sense doesn’t it. There are number known (and unknown) magical scripts that you could use. The Theban Script The origin of the Theban Script is not known, but it has been attributed to Horius of Thebes. Angelic / Celestial Script The Angelic alphabet, which is also known as the Celestial alphabet, is derived from the Hebrew and Greek alphabets., and reputed to be have been created by Heinrich Cornelius Agrippa during the 16th Century and was used for communication with Angels. Alphabet of the Magi The Alphabet of the Magi was invented by Paracelsus (Theophrastus Bombastus von Hohenheim) in the 16th century. The Enochian Alphabet The Enochian Alphabet was received by the Magician, Dr. Others scripts or alphabets in common use within magical practices are:

Lisa Stovall Tor Mail Aleister Crowley: His Elite Ties and His Legacy | Secret Arcana The man who revelled in being called “Great Beast 666″ and dubbed by the press as the “Wickedest Man in History” was more than a theatrical occultist: Aleister Crowley is at the heart of one of the most influential movements of the 20th and 21st centuries. He also had ties with some of the world’s most powerful figures, even working with the British Intelligence Agency MI-5. This article describes the life and works of occultist Aleister Crowley and looks at his ties with the world elite which facilitated the propagation of the Thelema. Although he is considered to be the most influential occultist of the 20th century and was recognized by the BBC as the 73rd “greatest Briton of all time”, most people have never heard of Aleister Crowley. His Youth Young Crowley Crowley was born to a wealthy and religious family. After losing his father to lung cancer at age 11, Crowley inherited the family fortune and went on studying English literature at Trinity College in Cambridge. Secret Societies