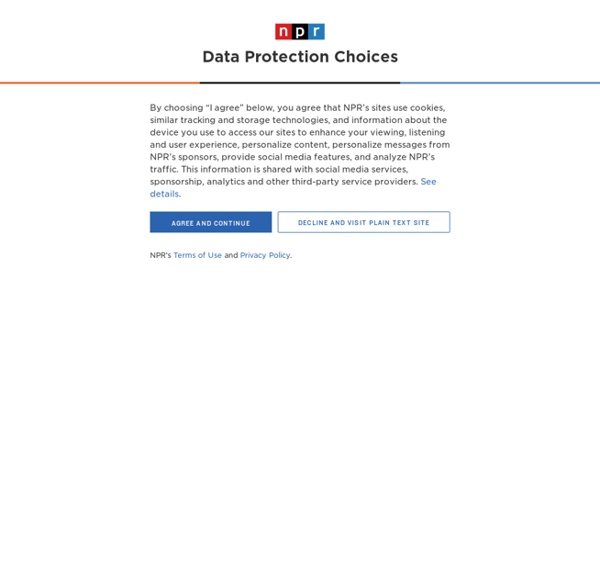 ‘Highly Speculative Reasoning on the Concept of Democracy’ by Alain Badiou – TheoryLeaks The word “democracy” is today the main organizer of consensus. What the word is assumed to embrace is the downfall of Eastern Socialists States, the supposed well being of our countries as well as Western humanitarian crusades. Actually the word “democracy” is inferred from what I term “authoritarian opinion.” It is somehow prohibited not to be a democrat. Accordingly, it furthers that the human kind longs for democracy, and all subjectivity suspected of not being democratic is deemed pathological. At its best it infers a forbearing reeducation, at its worst the right of meddling democratic marines and paratroopers. Democracy thus inscribing itself in polls and consensus necessarily arouses the philosopher’s critical suspicions. To confront the visibility of the democratic idea with the singularity of a particular politics, especially revolutionary politics, is an old practice. Lenin’s counter-argument is twofold. Three abstract possibilities follow: 1. Let’s consider the economy first.

History of Ice Cream The origins of ice cream can be traced back to at least the 4th century BCE. Early references include the Roman emperor Nero (37-68 CE) who ordered ice to be brought from the mountains and combined with fruit toppings, and King Tang (618-97 CE) of Shang, China who had a method of creating ice and milk concoctions. Ice cream was likely brought from China back to Europe. Over time, recipes for ices, sherbets, and milk ices evolved and served in the fashionable Italian and French royal courts. After the dessert was imported to the United States, it was served by several famous Americans. George Washington and Thomas Jefferson served it to their guests. First Ice Cream Parlor in America - Origins of Name The first ice cream parlor in America opened in New York City in 1776. Methods and Technology Whoever invented the method of using ice mixed with salt to lower and control the temperature of ice cream ingredients during its making provided a major breakthrough in ice cream technology. DoveBar

Fighting racism and the limits of “ally-ship” IN THE fall of 2012, the Chicago Teachers Union (CTU) carried out the most important public-sector strike in recent years. While the teachers on strike demanded higher wages and defended their benefits, the heart and soul of the strike was the fight for what the union called, in a special report, "The Schools Chicago Students Deserve." The CTU rightly identified school closings, tracking students through standardized testing, high class sizes and a host of other grievances in a district whose students are 90 percent people of color for what they are: racist. The CTU put a special emphasis on defending its Black members, who were disproportionately targeted by school closings. The conventional wisdom was that the adults in Chicago most affected by the strike--those whose children attended Chicago Public Schools--would resent the CTU for taking an action that inevitably disrupted their lives. The problems with this become apparent in practice.

Trump and Republicans Appeal to Men with Fragile Masculinity, Researchers Find President Donald Trump appeals to men with fragile masculinity, two researchers from New York University wrote in analysis published in The Washington Post. They also said Republican candidates facing a Democrat drew more support in areas with higher levels of fragile masculinity in 2018 House races. The president has touted his masculinity since declaring he would run for office. After Marco Rubio insinuated the president had a small penis in 2016, Trump raised his hands and said "he referred to my hands -- 'if they're small, something else must be small.' He frequently calls other political figures weak and has promoted his bravery, saying after the Parkland school shooting that "I really believe I’d run in there even if I didn’t have a weapon." Senators Marco Rubio and Ted Cruz share a moment as President Donald Trump looks on during a bill signing ceremony in the Oval Office of the White House on March 21, 2017.

MURAKAMI vs MURAKAMI | Tai Kwun Presented by Astrup Fearnley Museet, Oslo Tai Kwun Contemporary is proud to announce MURAKAMI vs MURAKAMI, a major survey exhibition of the Japanese artist Takashi Murakami (b. 1962, Tokyo, Japan), which opens from 1 June to 1 September 2019. The exhibition will explore the multifaceted universe of the cultural phenomenon of this Japanese super-star artist. One of the most influential artists in the world, Takashi Murakami has the ability to amaze as well as to confound, with a particular but subtle critique of contemporary culture. Curated by Gunnar B. Over the course of three months, Tai Kwun Contemporary will host a wide range of public programming and educational events. A special pop-up store will also open in F Hall Studio over the course of the exhibition, where visitors can freely enjoy neon and wallpaper works by Takashi Murakami. #To protect the art, visitors are required to wear socks in the gallery spaces with floor art. Installation view of MURAKAMI vs MURAKAMI F Hall Studio

Journalist Desmond Cole Asks: Do Black Lives Matter in Canada? Urgent, controversial, and undeniably honest, The Skin We’re In is a wake-up call to complacent Canadians. Racism is here. It is everywhere. It is us and we are it. This film marks a distinctly Canadian contribution to the “Black Lives Matter” movement which originated in the US, but which describes a set of systemic injustices and disadvantages faced by all black people living in white-dominated societies. Journalist Desmond Cole The Skin We’re In invites viewers into the mind of an emerging intellectual and firebrand. This is his journey from journalist to activist, unfolding in real time. MORE: The First Reported Race Riot In North America Happened in Canada 5 Creative Canadians Changing the Conversation About Race The Current: Listen to an interview with Desmond Cole The film begins at the National Magazine Awards where Cole racks up a series of prizes for his penetrating cover story on police surveillance of black people. The Skin We’re In is a procedural documentary.

A Book Is a Heart That Only Beats in the Chest of Another: Rebecca Solnit on the Solitary Intimacy of Reading and Writing “Learning how to be a good reader is what makes you a writer,” the magnificent Zadie Smith told the audience at the 15th annual New Yorker Festival on a late Friday night, echoing Susan Sontag’s assertion that fruitful writing is born out of fruitful reading, out of a “book-drunken life.” This osmotic relationship between reading and writing has been extolled in forms as piercingly poetic as Kafka’s letter on the purpose of books and as scientifically grounded as the work of Harvard psycholinguist Steven Pinker, but hardly anyone has expressed it more lyrically and with more shimmering aliveness than another of our era’s greatest essayists, Rebecca Solnit, in The Faraway Nearby (public library) — the equally, if differently, rewarding follow-up to her spectacular essay collection A Field Guide to Getting Lost. In the fourth of the book’s thirteen extraordinary essays, titled “Flight,” Solnit writes: Of libraries, she writes:

Keshe Foundation - keshe.foundation The Keshe Foundation is an independent, non-profit and non-religious organization founded by nuclear engineer Mehran Tavakoli Keshe that aims to develop new scientific knowledge, new technologies and new solutions to major global problems like famine, water shortage, lack of electrical power supply, climate change and disease through the use of specially developed plasma reactors which will also give humanity the ability to travel in deep space. Become a creator and understand the work of the Universe for the good of humankind on this planet, as well as in space! The use of MaGravs, Nanomaterials, GANS, Liquid Plasma, Field Plasma and other Plasma technologies has come as a new dawn for humanity to progress and work in harmony with the Universe.