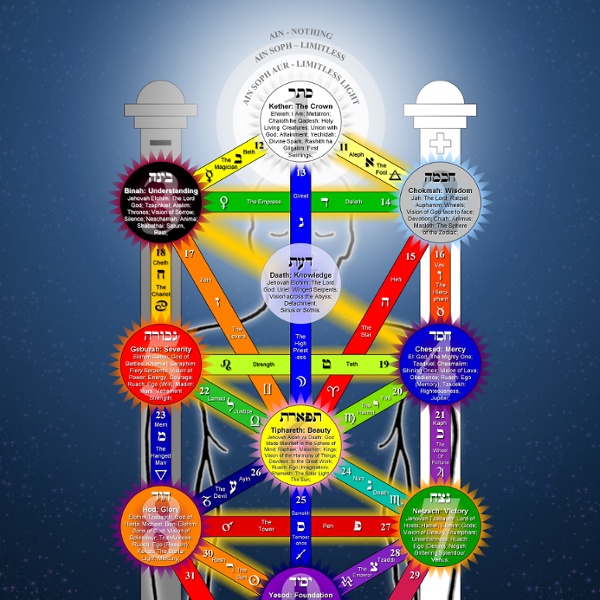 Download Graphic Images from the Hillis/Bull Lab Return to "Download Files" Page You are welcome to download the following graphic image of the Tree of Life for non-commercial, educational purposes: Tree of Life (~3,000 species, based on rRNA sequences) (pdf, 368 KB) (see Science, 2003, 300:1692-1697) This file can be printed as a wall poster. Tree of Life tattoo, courtesy of Clare D'Alberto, who is working on her Ph.D. in biology at the University of Melbourne. The organisms depicted in this tattoo are (starting at 4 o'clock and going around clockwise): (1) a cyanobacterium (Anabaena); (2) a radiolarian (Acantharea); (3) a dinoflagellate (Ceratium); (4) an angiosperm (Spider Orchid); (5) a couple species of fungi (Penicillium and a yeast); (6) a ctenophore (comb jelly); (7) a mollusc (nudibranch); (8) an echinoderm (brittle star); and (9) a vertebrate (Weedy Sea Dragon). Here is another great Tree of Life tattoo! Cover of Molecular Systmatics, 2nd ed Here is yet another version from Hannah Udelll at the University of Wisconson-Madisson.

yosed God Name: Shaddai El ChaiPlanet: MoonTitles: The Foundation, Treasure House of Images, Sphere of IllusionExperience: Vision of the Machinery of the UniverseSymbols: Perfumes, sandalsGods & Goddesses: Diana, Hecate, Shu, Sin (all Moon deities)Associated with the Genitals Yesod is the astral, etheric level of existance, which is why one of its titles is the Foundation. It is in the Astral that thought-forms are fed and gain in energy and substance until they are physically manifested in Malkuth. Therefore, the Astral Plane is the Foundation for the Physical Plane. Yesod is the mysterious, shadowy realm of the Moon where magickal energy is stored and drawn upon. The Magickal Image is a Beautiful, Erect Man. Shaddai El Chai has been translated as Almighty Living God. Yesod is called the Treasure-house of Images, meaning that the forms of all archetypes, all thoughts, all emotions, all experiences are stored at this level. All Moon Gods and Goddesses belong to the sphere of Yesod.

Bedeviling Phenomenon: What Do You Make of the 1,200-Foot Wide Pentagram on Google Maps? So, there seems to be a giant pentagram etched into a windswept corner of Kazakhstan in central Asia. Don’t believe us? The devilish symbol, measuring roughly 1,200 feet in diameter, shows up quite visibly on Google Maps: (Credit: Google Maps) It’s found on the southern shore of the Upper Tobol Reservoir where there are almost no other signs of humanity; the closest settlement is the city of Lisakovsk, about 12 miles to the east, according to Yahoo News. Adding fuel to the proverbial lake of fire are reports that you zoom into the center of the pentagram on Google Maps, you can see two spots highlighted by previous visitors to the topographical app: “Adam” and “Lucifer”—and you know what figure that name is connected with… But believe it or not, archaeologist Emma Usmanova has worked in the Lisakovsk area and has an answer. “It is the outline of a park made in the form of a star,” she told LiveScience, Yahoo News reports. More from Yahoo News: (H/T: Yahoo News)

Internet Sacred Text Archive Home Top 10 Lesser Known Mysteries - Top 10 Lists | Listverse Mysteries It was Einstein that said ‘The most beautiful thing we can experience is the mysterious. It is the source of all true art and all science. He to whom this emotion is a stranger, who can no longer pause to wonder and stand rapt in awe, is as good as dead: his eyes are closed.’ For me, mystery is the fabric of Life, and since I discovered Listverse a few years ago I have noticed it’s a sentiment many people share. I have tried to avoid the usual topics of ghosts, ufo’s etc., and tried to opt for the niches and gems of the unexplained genre. The Brentford area of London is a peculiar place in terms of the names. There have been no other sightings since, and the Legendary Griffin has drifted into local folklore. Amphibians in Ancient Iraq In ancient Mesopotamia, the world’s first academically ratified, fully functioning civilizations of Babylon, Sumer and Akkadia emerged. Those who saw the animal dismissed claims it was a Hyena, due to its large hind legs. “Sign that parchment!

Go Beyond Simple Networking and Organize Your Own Mastermind Group How to Change the World Amazon start selling the paperback edition of my latest book, APE: Author, Publisher, Entrepreneur. APE explains how to publish a book by breaking the process down into three stages: Author explains how to write a book. You can order APE here: There are 204 Amazon reviews for it: 181 five stars, 21 four stars, and 2 three stars which averages to five stars! Here are three of the blurbs: “Nuts, bolts, and inspiration too. Seth Godin, author and founder of The Icarus Project “Guy’s book is the perfect companion on the journey of independent publishing and great reading for the millions who aspire to become authors.” Atif Rafiq, General Manager, Kindle Direct Publishing at Amazon.com “APE is easily the most comprehensive, best organized, nuts-and-bolts-useful work on self-publishing I’ve seen to date. Barry Eisler, bestselling novelist of the John Rain series including The Detachment, Requiem for an Assassin, and The Last Assassin

Area 51 declassified: Documents reveal Cold War 'hide-and-seek' Newly declassified documents reveal more detail about past use of the mysterious Nevada test site known as Area 51 and the concern for maintaining secrecy about the work done at the facility. The recently released papers, which date mostly from the early 1960s into the 1970s, spotlight the U.S. government's desire for tight security at Area 51, also known as Groom Lake. The area was photographed with American reconnaissance assets to better assess what the Soviet Union's spy satellites might be able to discern. The documents also detail the debate over the possible release of a photograph "inadvertently" taken of the secret facility by NASA astronauts aboard the Skylab space station in 1974. [Flying Saucers to Mind Control: 7 Declassified Military & CIA Secrets] Stealthy workMore than 60 declassified documents in an Area 51 file were posted on the Internet by the National Security Archive late last month, compiled and edited by archive senior fellow Jeffrey Richelson.

Flying Saucers to Mind Control: 7 Declassified Military & CIA Secrets By Denise Chow, Staff Writer | October 04, 2013 07:47am ET Credit: U.S. Air Force Government and military secrets can range from terrifying to amusing to downright absurd, but most are nothing short of intriguing. The Area 51 File: Secret Aircraft and Soviet MiGs Washington, D.C., October 29, 2013 – The CIA's history of the U-2 spy plane, declassified this past summer, sparked enormous public attention to the U-2's secret test site at Area 51 in Nevada, but documents posted today by the National Security Archive (www.nsarchive.org) show that Area 51 played an even more central role in the development of the U.S. Air Force's top secret stealth programs in the 1970s and 1980s, and hosted secretly obtained Soviet MiG fighters during the Cold War. Compiled and edited by Archive senior fellow Jeffrey T. Bird of Prey. Other documents focus on the aircraft tested at the facility (and their operational use) — particularly the stealth F-117. In addition to documents on F-117 operations, a number of documents focus on the development of stealth capability. Also represented in the posting is another type of activity at Area 51 — the exploitation of covertly acquired Soviet MiGs. Area 51, Secret Aircraft and Soviet MiGs Edited by Jeffrey T. TACIT BLUE.