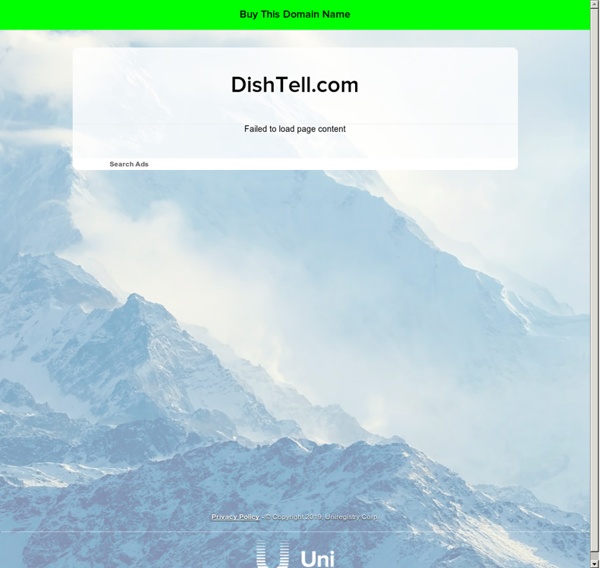 More DIY Ideas: Creative Salvage Makeovers One of my favorite topics to blog about is DIY / Makeover project ideas. I really wish I lived in a house with a garage and/or backyard (instead of an apartment) so I could take on more of my own DIY weekend projects...but for now, I"ll just have to settle with scoping out other people's fabulous transformations for inspiration. I found this gallery via Sunset Magazine with some great ideas! Do you have any DIY projects in the works?

Pepperoni Pizza Monkey Bread - StumbleUpon How do you make bread even better? You stuff it with pepperoni and cheese. Then, you bake it in a bundt pan that allows you to pull off little chunks and dip them in pizza sauce. This is the perfect thing to bring to a party (and I did, where it disappeared quickly!) Fried Dough Mozzarella Bites These weren't as crazy amazing(cramazing?) as they look and sound, but they were still very good. They definitely need a few tweaks though to become a perfect recipe. The main issue which I knew might be a problem from the start is that the cheese explodes out of the dough well before the dough is finished cooking. Not really a huge issue because the burnt cheese tastes great, but I have a few different ideas to make these a bit more awesome next time I make them.

Cauliflower Crust Pizza I came across this cauliflower crust pizza on Pinterest, and was instantly intrigued. A low-carb pizza? Sign me up! I was skeptical, of course, but curious enough to try it and see how it tasted. I was pleasantly surprised by the results. EatingWell: 7 of the Healthiest Foods You Should Be Eating But Aren't By Matthew Thompson, Associate Food Editor for EatingWell Magazine When it comes to choosing what to eat, I like to get a lot of nutritional bang for my buck, so to speak. The best deals? “Superfoods” that are far more plentiful in nutrients than they are in calories and that research has shown deliver health benefits.

A Few Features… Hey Guys!! Thanks to all of you who joined our last I Made it Without My Hubby! We loved the new setup with the picture links. It made it a bit more fun don’t you think?? My hard drive crashed during that party and my dear friends over at Geek Squad got it all fixed up for me. Cinnamon Toast&Rolls - Circle B Kitchen - Circle B Kitchen - StumbleUpon The USDA released its new food pyramid the other day (which is actually a plate now instead of a pyramid), and I am sorely disappointed to report that cinnamon rolls did not appear anywhere on that plate. I think by now most of us know what should be on our dinner plate in terms of healthy, well-rounded nutrient-laden meals, but it is my considered opinion that our breakfast plate should include cinnamon rolls now and then. And not just any cinnamon roll, mind you, but how ‘bout a homemade cinnamon roll hybrid that is a cross between a cinnamon roll and cinnamon toast, is super easy to make and gosh darn delicious. In honor of their ancestry, I call these little gems cinnamon toast rolls, and here’s all you need to make them…

GET OFF YOUR BUTT AND BAKE!: PRETZEL BITES - Parmesan or Cinnamon and Sugar with glaze. Do you need a perfect snack for the big game? These Pretzel bites will hit the spot for sure. You can make a combination of Parmesan bites with a Cheese dip or Cinnamon and Sugar bites with a Vanilla glaze for dipping. I've finally used up my supply of Rhodes Roll dough . . . until I buy more.

recipe: buffalo chicken ring I love all things made with Frank’s Red Hot (or any hot sauce, really. But especially Frank’s Red Hot) I also love cheese. And crescent rolls. And ranch dressing. So this recipe? Is basically my dream come true. Kit Kat Bars Recipe These homemade kit kat bars are supposed to taste like the popular candy bar of the same name. They do have the nice chocolatey crunch of a Kit Kat candy bar, but these bars have more of a salty-sweet flavor than the candy bar. The kids tell me they like the taste of these bars even better. Don't Miss: Brownies and Bar Cookies Prep Time: 15 minutes Cheer: Our Holiday Wishlist No matter how hard you try to opt out of the conspicuous consumption of the holiday season, your relatives, friends, and Secret Santas are unlikely to stop showering you with generous gifts destined for the landfill. So this year, we’re evading the awkwardness of unwrapping another ill-fitting sweater or ill-considered trinket by straight-up asking for stuff we really, really want. Presenting our own holiday wishlist for GOOD revelers who care where their presents came from.

My Baking Addiction - StumbleUpon If you happen to read MBA on a regular basis, you may remember me discussing my fear of yeast and my attempt to conquer that fear with the help of Amber from Bluebonnets and Brownies. Well since that post a couple of months back, I have been a bread baking fool and no longer doubt myself in the yeast department. In fact, I probably have more bread baking supplies and tools than some bakeries and with that came a serious addiction to the King Arthur Flour website.