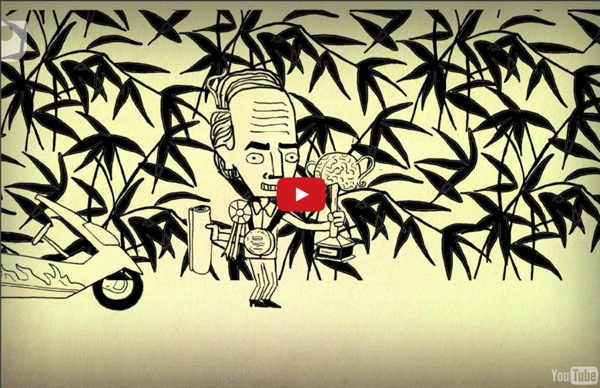 Neptune's Pride. Explore, Expand, Exploit, Exterminate! 2001: A Space Odyssey - Stanley Kubrick's Alchemical Magnum Opus "I'm sure you are aware of the extremely grave potential for social shock and disorientation caused by this information. We can't release it without proper conditioning." - Heywood Floyd The idea of this thread came from reading Alchemical Kubrick on the Alchemy Lab website, a love for Kubricks 'Work' and an interest in Alchemy. Let me disclaim now that I am no initiate or adept, so go easy huh. The credit must go to the author of the article Jay Weidner, as most of the work included here is his. To me, he cracked this enigma wide open. Many poets, philosophers, artist, sculptors, scientist, builders, and a few movie producers have hidden the 'Great Work' within their creations so as only if you have the eyes to see, you will. This is about Stanley Kubrick (Cube-Brick Hexahedron?) There are three recognized types of practical Alchemy, Spagyric (plant), Mineral, and Animal. In some circles there are three steps of the Magnum Opus, but we will stick with the four used here. Solve et Coagula

voidhaze's Home 5 Possible Storylines For The Next Star Wars Movie October 31, 2012 - Disney just paid over $4 Billion for Lucasfilm and the jewel of George Lucas’ eye, the Star Wars Universe. The House of Mouse wasted no time, announcing that a new live-action Star Wars film (tentatively titled Star Wars Episode VII) will be released in 2015, with new films following every few years. With only two to three years to plan, shoot, and edit, a story is probably already in place. Here are five possible directions that Disney could take its new toy in. 1) The Thrawn Trilogy A set of three books written by sci-fi master Timothy Zahn, the Thrawn Trilogy starts with 1991′s Heir to the Empire novel, the first official foray by Lucasfilm into the world now known as the Expanded Star Wars Universe. The Thrawn Trilogy would allow for some storyline separation between the 2015 Star Wars movie and Return of the Jedi. 2) The Rise of Darth Vader 3) Pick up right after Return of the Jedi 4) A Boba Fett Spin-Off 5) The Old Republic

A little hand, big idea :-) by James You will need some fine settings on your printer to print the 60% scale hand. The model pictured is 100% and prints easily with .25mm layers. But for 60% I used 0.18 layer and 0.3mm extrusion width with 12-18mm/s feed rates. After the print finishes you need to cut off the support pads some are circular others are rectangular. You will need some fishing line 0.5-0.8mm dia and 1.5-2mm dia self-tapping screws. not easy to get but available, go to a hobby store. The wrist and thumb base parts I recommend screwing together for initial assembly, then when it all works well glue and screw it together. The tips are a separate print because I printed them hollow, 0.3mm wall thickness with soft pliable PLA, any printable plastic will do though. Once itâ€™s together thread 5 lengths of fishing line through each finger and tie knots in the end to retain them (I'm working on the components to connect these lines to but for now just tie them to rings for your fingers to control the hand).

My Interpretation of Heliofant's "I, Pet Goat II" Thanks to this great thread here by user nimbinned, I was able to come across this great video of I, Pet Goat II by team Heliofant. The animation is some of the best I have seen in awhile, even better than major Pixar and Disney movies (albeit much shorter). It is obviously a highly symbolic short and subject to many different interpretations, but I thought I would propose my take on it and you all can hopefully add your takes or tell me why I am wrong. I do regret not adding this to the main thread already started but I am about to post so much content that I did not want to hijack nimbinned's thread. This is going to be a large thread, so, please bare with me. So, in case you haven't seen the video, I will post it here. [The video has been previously taken down by YouTube (surprise, surprise) and uploaded by a random user. The name "I, Pet Goat" is reference to the storybook read by President George W. Here is the video of him in the class: 1. 2. 3. 4. 5. 6. 7. 8. 9. 10. 11. 12. 13.

High-voltage engineers create nearly 200-foot-long electrical arcs using less energy than before (Update) Photos taken by the researchers show plasma arcs up to 60 meters long casting an eerie blue glow over buildings and trees at the High Voltage Laboratory at the University of Canterbury in New Zealand. A team of engineers at Canterbury University in New Zealand has developed a method to create nearly 200-foot-long electrical arcs -- visible currents of electricity traveling through air that has been broken down into electrically charged particles. Others have created longer arcs, but the traditional technique requires large amounts of energy in order to break down the air. The new technique requires much less energy. Daniel Sinars, who researches fusion at Sandia National Laboratory in Albuquerque, N.M., has also worked with exploding wires, but at a much smaller scale. "It's hard to make a plasma that size," said Sinars. The team occasionally created plasma arcs during other exploding wire experiments and pursued the new research in order to better understand how the arcs formed.

Decision support system A Decision Support System (DSS) is a computer-based information system that supports business or organizational decision-making activities. DSSs serve the management, operations, and planning levels of an organization (usually mid and higher management) and help to make decisions, which may be rapidly changing and not easily specified in advance (Unstructured and Semi-Structured decision problems). Decision support systems can be either fully computerized, human or a combination of both. While academics have perceived DSS as a tool to support decision making process, DSS users see DSS as a tool to facilitate organizational processes.[1] Some authors have extended the definition of DSS to include any system that might support decision making.[2] Sprague (1980) defines DSS by its characteristics: DSSs include knowledge-based systems. Typical information that a decision support application might gather and present includes: History[edit] Taxonomies[edit] Components[edit] Classification[edit]

Expert system An expert system is divided into two sub-systems: the inference engine and the knowledge base. The knowledge base represents facts and rules. The inference engine applies the rules to the known facts to deduce new facts. Inference engines can also include explanation and debugging capabilities.[10] History[edit] Edward Feigenbaum in a 1977 paper said that the key insight of early expert systems was that "intelligent systems derive their power from the knowledge they possess rather than from the specific formalisms and inference schemes they use" (as paraphrased by Hayes-Roth, et al.) Expert systems were introduced by the Stanford Heuristic Programming Project led by Feigenbaum, who is sometimes referred to as the "father of expert systems". In addition to Feigenbaum key early contributors were Bruce Buchanan, Edward Shortliffe, Randall Davis, William vanMelle, and Carli Scott. In the 1980s, expert systems proliferated. Software architecture[edit] R1: Man(x) => Mortal(x) Truth Maintenance.

How Khan Academy is using Machine Learning to Assess Student Mastery | David Hu See discussion on Hacker News and Reddit. The Khan Academy is well known for its extensive library of over 2600 video lessons. It should also be known for its rapidly-growing set of now 225 exercises — outnumbering stitches on a baseball — with close to 2 million problems done each day. To determine when a student has finished a certain exercise, we award proficiency to a user who has answered at least 10 problems in a row correctly — known as a streak. Proficiency manifests itself as a gold star, a green patch on teachers’ dashboards, a requirement for some badges (eg. gain 3 proficiencies), and a bounty of “energy” points. Basically, it means we think you’ve mastered the concept and can move on in your quest to know everything. It turns out that the streak model has serious flaws. First, if we define proficiency as your chance of getting the next problem correct being above a certain threshold, then the streak becomes a poor binary classifier. In Search of a Better Model to this: . . . .

Artificial intelligence community mourns John McCarthy 25 October 2011Last updated at 18:45 Artificial intelligence researcher, John McCarthy, has died. He was 84. The American scientist invented the computer language LISP. It went on to become the programming language of choice for the AI community, and is still used today. Professor McCarthy is also credited with coining the term "Artificial Intelligence" in 1955 when he detailed plans for the first Dartmouth conference. Prof McCarthy's proposal for the event put forward the idea that "every aspect of learning or any other feature of intelligence can in principle be so precisely described that a machine can be made to simulate it". The conference, which took place in the summer of 1956, brought together experts in language, sensory input, learning machines and other fields to discuss the potential of information technology. Other AI experts describe it as a critical moment. "His contribution in naming the subject and organising the Dartmouth conference still resonates today." Regrets