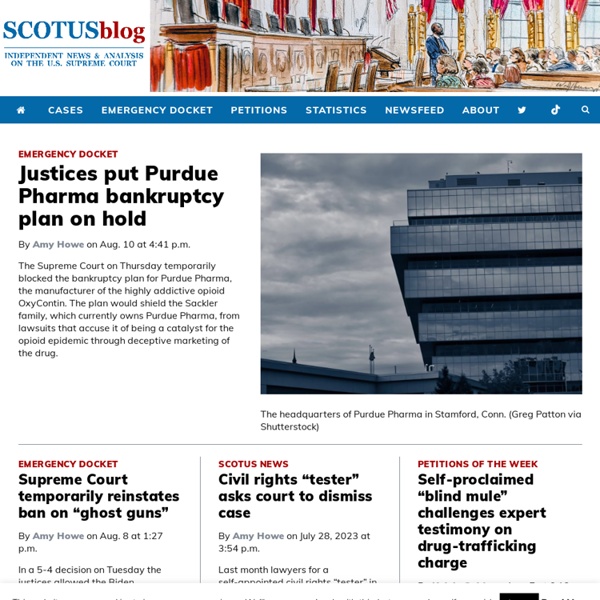 Ethical lapse of U.S. Supreme Court Justices Antonin Scalia, Clarence Thomas AP Photo/Ron EdmondsSupreme Court Justice Antonin Scalia attends a ceremony for the 2008 recipients of the Presidential Medal of Freedom in the East Room at the White House in Washington. In a time of multibillion-dollar corporate profits with little apparent trickle-down, working people losing their homes while the financial industry enjoys nine-figure government bailouts, and the erosion of all our 401(k) plans every time Greece or Spain wobbles, the competition for the most depressing news story on any given day is stiff. But for Nov. 10, 2011, there is a clear winner. On that day in Washington, D.C., the nine distinguished justices of the Supreme Court of the United States met to decide which of a number of petitions they would hear in the coming term. Among them was a suit by 26 states challenging President Obama’s health care law. The justices agreed to grant that petition and put it on their March calendar.

Naomi Wolf: Fascist America, in 10 easy steps Last autumn, there was a military coup in Thailand. The leaders of the coup took a number of steps, rather systematically, as if they had a shopping list. In a sense, they did. Within a matter of days, democracy had been closed down: the coup leaders declared martial law, sent armed soldiers into residential areas, took over radio and TV stations, issued restrictions on the press, tightened some limits on travel, and took certain activists into custody. 4 high-tech ways the federal government is spying on private citizens Like it or not, the government is becoming increasingly watchful of everyone... even you One of the running jokes in the 1980s was how the former Soviet Union spied on its private citizens. As comedian Yakov Smirnoff used to joke: "In Soviet Russia, TV watches you!" But here in America, we were all safe from the prying eyes of the government. Fast forward to 2012, when the U.S. government actually has the tools and capabilities to spy on all its citizens. These eyes go well beyond red light cameras.

Our ethically permissive Supreme Court - Supreme Court It is “do-as-I-say, not what-I-do” time at the U.S. Supreme Court. In a majority opinion in a 2009 case involving the conflict of interest of a state Supreme Court justice in West Virginia, Justice Anthony Kennedy wrote: Alien Tort Statute Text[edit] The district courts shall have original jurisdiction of any civil action by an alien for a tort only, committed in violation of the law of nations or a treaty of the United States.[1] History[edit]

GBU-28 The Guided Bomb Unit 28 (GBU-28) is a 5,000-pound (2,268 kg) laser-guided "bunker busting" bomb nicknamed "Deep Throat" produced originally by the Watervliet Arsenal, Watervliet, New York. It was designed, manufactured, and deployed in less than three weeks due to an urgent need during Operation Desert Storm to penetrate hardened Iraqi command centers located deep underground. Only two of the weapons were dropped in Desert Storm, both by F-111Fs.[1] The Enhanced GBU-28 augments the laser-guidance with Inertial navigation and GPS guidance systems.[2] Design and development[edit] In August 1990, the U.S. military began planning an air offensive campaign against Iraq.

ALEC Exposed - Alec Exposed Progressive Policies Win at the Ballot Box Ballot measures across the country passed on November 8th highlighting the fact that progressive values still resonate with the U.S. electorate. Gains were made even in the face of industry deception and big dollar ad campaigns. We Are the 99 Percent 14th October 2013 Question with 172 notes Anonymous asked: How can you claim to speak for 99% of people? We don’t claim to speak for anyone, we merely present stories.