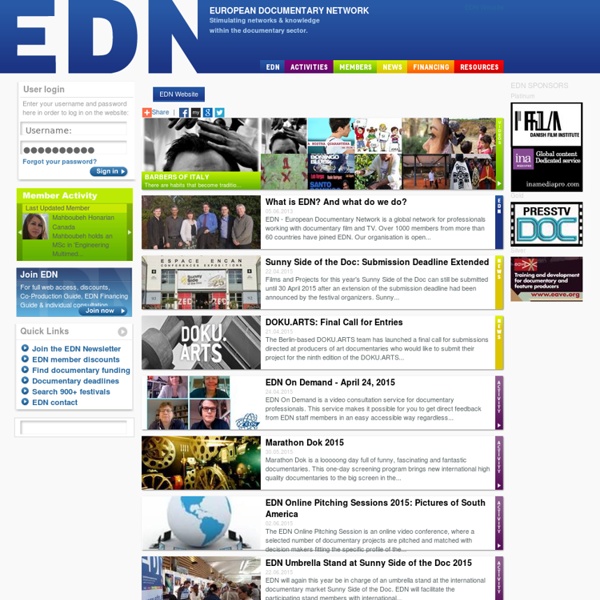 BruxellesTournage Who we are ? The Brussels Film Office is a free public service that cooperates with the 19 municipalities of the Brussels region. Locations We offer a vast range of locations in our database. Just ask us to get the contact names ! Professionals The Brussels Region is teeming with talented professionals in the audiovisual world. Obituary | Documentary film-maker | Christian Poveda | Film Christian Poveda, who was shot dead in El Salvador last week aged 52, was one of the most talented photojournalists of his generation. He was also a brave documentary film-maker, specialising in politically contentious or dangerous subjects that others wouldn't touch. Christian was born in Algiers. His grandfathers, one an anarchist, the other a communist, were exiles from Franco's Spain, and Christian often said how much he admired them for their political engagement. After Algerian independence, the family moved again, to France. Untrained, with a highly developed eye, Christian began to sell photos at the age of 19, and for the next decade he covered wars throughout the world, specialising in Latin America. Among the publications for which he worked were Paris Match, Newsweek and Time magazine. In the 1980s, he began to make documentary films, focusing on the lives of the banlieue young, boxers and wrestlers. Last week, La Vida Loca was about to be released in France.