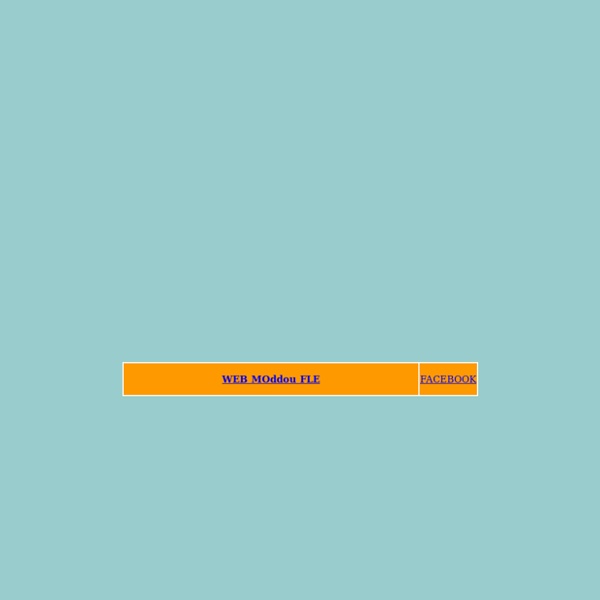 What French Prepositions Go With Countries, Continents? When trying to determine which French preposition to use with the French name for a country or continent, the only difficulty is determining the gender of that name. Here are some sources and guidelines. Countries To learn the gender of a country, look up the French name on our master list of all countries in the world. You'll notice that nearly all countries that end in e are feminine, and the rest are masculine. There are just a few exceptions: le Belizele Cambodgele Mexiquele Mozambiquele Zaïrele Zimbabwe You will be applying the right prepositions to a vast array of countries. The 195 total includes the 193 member states of the United Nations and two states with nonmember observer status: the Holy See and the State of Palestine. Continents The French names of all continents end in e, and all are feminine. National Geographic differs. By convention, there are seven continents: Asia, Africa, North America, South America, Europe, Australia, and Antarctica. Examples

French Prepositions with Continents and Countries As with other other geographical names, French prepositions with continents and countries depend on the gender,* number, and first letter of the name, plus of course whether you’re coming or going. Going to / Being in a continent or country 1) Masculine singular a. b. 2) Feminine singular: en 3) Plural: aux Coming from a continent or country a. b. 2) Feminine singular: de (d’) 3) Plural: des * Determining the gender of countries is pretty easy: the ones that end in -e or -es are feminine, the rest are masculine, with just 6 exceptions:le Belizele Cambodgele Mexiquele Mozambiquele Zaïrele Zimbabwe All continents end in –e and are therefore feminine. Think you’ve got it? Note: You must be logged into your Progress with Lawless French account to take this test. Related lessons Share / Tweet / Pin Me!

and prepositions - Countries - GCSE French Revision - BBC Bitesize Gender and Prepositions of Countries in French What prepositions should I use when talking about different countries or cities in French? The preposition depends on the gender of the country you’re trying to talk about. Luckily there is straightforward rule to determining the genders in French with minimal exceptions: Almost every country ending in an “e” is a feminine country la France (France) la Belgique (Belgium) l’Allemagne (Germany) l’Algérie (Algeria) la Chine (China) la Guyane (Guiana) la Russie (Russia) la Corée (Korea) However, there are a few exceptions to the rule above which can only be solved through memorization. le Belize (Belize) le Mexique (Mexico) le Mozambique (Republic of Mozambique) le Zimbabwe (Zimbabwe) le Zaïre (Republic of Zaire) le Cambodge (Cambodia) Genders of Countries in French Simple Example Sentences: I come from the United States.Je viens des États-Unis. We are in France.Nous sommes en France. You’re going to China tomorrow.Vous allez en Chine demain. She’s from Brazil.Elle vient du Brésil.

The Ultimate Guide to French Prepositions of Place Would you say you’re on the bus or in it? That depends on which language you’re speaking. Prepositions connect words and describe their relationship in space or time (for instance: in, under, during, etc.). Different languages speak about space and time in different ways, which makes French prepositions tough to master. For instance, take the answer to our example above: In English, you’re on the bus; in French, you’re in it. It may seem like a small difference but it’s an important one! With that in mind, let’s explore one type of preposition in French: prepositions of place. Download: This blog post is available as a convenient and portable PDF that you can take anywhere. Exercises for Practicing French Prepositions One of the key ways to make sure you’re getting prepositions right is to just practice. Tex’s Prepositions with Places: This exercise from Tex’s French Grammar exercise looks at the proper way to use à, en, au and aux. Other sites use scripted content. Sur Examples: Good to Know:

French prepositions with city & country names | Yolaine Bodin You are having a conversation in French and you want to say that you visited a country, live in a city, will be traveling to a town. Which of these little words, i.e. prepositions, will you add in front of the name of the city or the country you are talking about: à, en, au, or aux ? Let’s start with towns or cities. The preposition you need is à : J’habite à Nice. Note: You may have read or heard that with the French towns Avignon and Arles, you should use en instead of à. With countries, states or regions, you will need to choose between en, au and aux. La France, le Pakistan, les États-Unis, le Texas, la Provence Don’t worry, it looks like it’s too much already, but it isn’t. Use en If the country (state or region) is feminine, like la France, la Chine, l’Algérie, la Colombie, la Normandie, la Louisiane, la Ligure or if the country is masculine but starts with a vowel, like l’Iran, l’Uruguay : Je vis en France. Ils sont nés au Japon. If the country is plural, use aux : Careful!

French Grammar: Prepositions with Geographical Place Names : The LEAF Project Posted by LEAF Architect on Wednesday, February 5, 2014 · Leave a Comment Creative Commons Image via The LEAF Project Identify: French Grammar: Prepositions with Geographical Place Namesla grammaire française: les prépositions avec les noms de lieux géographiques In French, both the type of geographical place and the gender of that place dictate how to translate the words ‘in’ and ‘to’! Study: In French, when the name of a continent, country, or region is used as the subject or object of a verb, you generally need to use the definite article with that place: L’Europe est un continent. J’adore la France! Le Québec est une province du Canada. Les États-Unis est un grand pays. The way to say ‘in’ or ‘to’ with geographical places depends on whether the place is a continent, a country, a region, a city, or a town. It also depends on whether the continent, country, or region is feminine or masculine in gender. Mon amie habite en France. Le Sénégal est en Afrique.Senegal is in Africa. Adapt: Explore:

Au, à la, à l', aux (French prepositions) Practice using au, à la, à l’, aux in sentences that say where people are or where they are going, followed by transport prepositions (en + à) to say how they get there. Prepositions for Place + Destination: Au, à la, à l’, aux to, at, where. Prepositions for Transport – à + en Eg:en voiture by caren avion by airplaneen bateau by boaten train by trainen moto by motorbikeà pied on footà velo by bike (en vélo can also be used) This practice includes:Video Clips (1. Videos 2. Online Quiz This quiz is also available on its own separate page here:Online Quiz #1. #2. #3. #4. #5. #6. #7. #8. #9. #10. #11. #12. #13. #14. #15. Worksheet For a wider variety of French prepositions go to:French Preposition Practice orPrepositions: Billy & the Stick Insects

French Prepositions of Place – Love Learning Languages The following are sixteen of the most common French prepositions of location. Practice and master these prepositions to say where people and things are located in relation to other people and things. Note that many of these prepositions are followed by de. This means you may need to form a contraction depending on the number and gender of the noun that follows it. Remember: DE + LE = DU and DE + LES = DES Watch my comprehensive video lesson at the bottom of this post. Lesson guide: Download your lesson guide before watching the video and be ready to take notes. Video tutorial: 12 minute video tutorial on prepositions of location with lots of examples and images. Translation exercise: This exercise looks like the lesson guide, but after having watched the video and seen how the prepositions are used in sentences, you’ll be asked to translate from English to French. Written exercise: This is a reading exercise about a tidy bedroom and a writing exercise about an untidy one. Like this:

Selfrench | The French preposition of location Hello and bonjour ! Today I would like to answer, as clearly as possible, a question I get asked often, regarding the French preposition and more precisely, when it comes to location. I will devise this lesson into two parts: first what preposition to use to say you are going to a place and then when coming (back) from a place. This will include a worksheet and some exercises that you can consult or download at the end of the lesson. C’est parti ! 1) To go to = aller En + feminine countries Examples: Je vais en France. Tu habites en Italie. Nous travaillons en Suisse. More: en Allemagne (Germany), en Espagne, en Autriche, en Australie, en Angleterre, en Roumanie, en Russie, en Turquie, en Chine, en Inde... How to determine the gender of a country? Well, there isn't a precise rule that works every single time, but any country starting with a vowel (and singular) will be feminine. Extra: all the continent are feminine nouns. Au + masculin countries J'habite au Mexique. Je suis en vacances au Brésil.

List of French prepositions On the previous page, we introduced the definition of preposition. Essentially, they are a small set of special "connecting" words that express the relationship between one noun and another. On this and subsequent pages, I give what is hopefully a reasonably comprehensive list of prepositions in French. "Basic" prepositions If you're a relative beginner, then I recommend that you start by learning the following prepositions with the usual English equivalents shown. What we give here, then, are essentially the equivalents of the preposition when it has what we might see as its "basic" meaning. Other French prepositions As you might have gathered, that's not the full story. This page written by Neil Coffey.