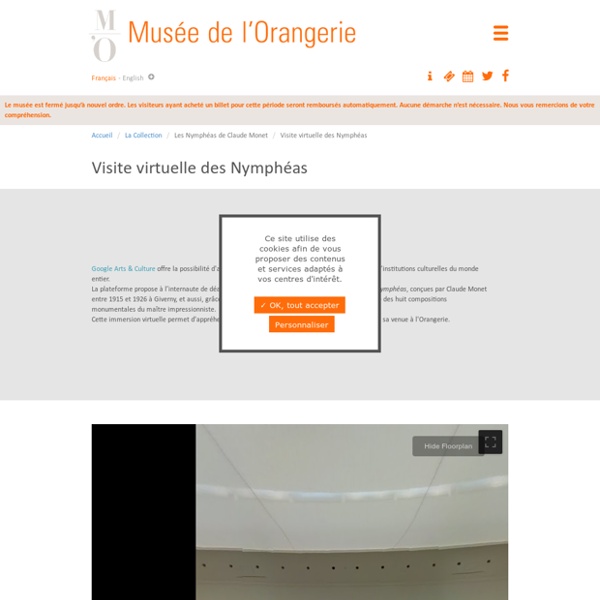 Musée du quai Branly - Jacques Chirac, Paris, France In the heart of Paris's museum land, neighbouring the Louvre and the Musée d’Orsay, a few minutes from the Grand and Petit Palais, the Palais de Tokyo and the Musée d’art moderne de la Ville de Paris, the Musée du quai Branly - Jacques Chirac has an exceptional location on the banks of the River Seine, at the foot of the Eiffel Tower. The arts of Africa, Oceania, Asia, and the Americas now form part of the historical and artistic grand tour of the capital. The Musée du quai Branly - Jacques Chirac is an innovative cultural institution - museum, educational and research centre, and public living space all in one. Built on one of the last available sites in the heart of Paris, the architectural design of this original project is the work of Jean Nouvel.

Museo Dolores Olmedo, Mexico Located in Xochimilco, at Mexico City's southern extreme, the Dolores Olmedo Museum is housed in a rambling stone structure, originally dating from the Sixteenth Century, formerly known as the Hacienda La Noria.By donating her art collection to the people of Mexico, Dolores Olmedo Pati F1o (1908-2002) created a cohesive whole, where treasures of the fine arts were incorporated into colonial construction added during the Seventeenth Century, surrounded by lush gardens, shaded by singularly Mexican plant species, and inhabited by gorgeous animals like the magical peacocks--seemingly confected of living jewels and the enigmatic hairless Xoloiztcuintle dogs, a Precolumbian breed that is unique to behold and warm to the touch. Since the museum opened its doors to the public in September of 1994, its greatest treasure is its painting.

Art at The Collection The Usher Gallery is Lincolnshire’s premier art gallery, officially opened in 1927 following a bequest to the City by Lincoln jeweller James Ward Usher. Following significant redevelopment in 2010, all visitors can now enter the gallery through a fully accessible glass pavilion that gives excellent views of its sister museum and Temple Gardens. Inside, a new lift allows significantly improved access to the upper galleries and their delights. The Usher Gallery combines displays from its permanent collections of fine arts, decorative arts and horology, enhanced by loans of acclaimed works from national collections, with a vibrant programme of temporary exhibitions.