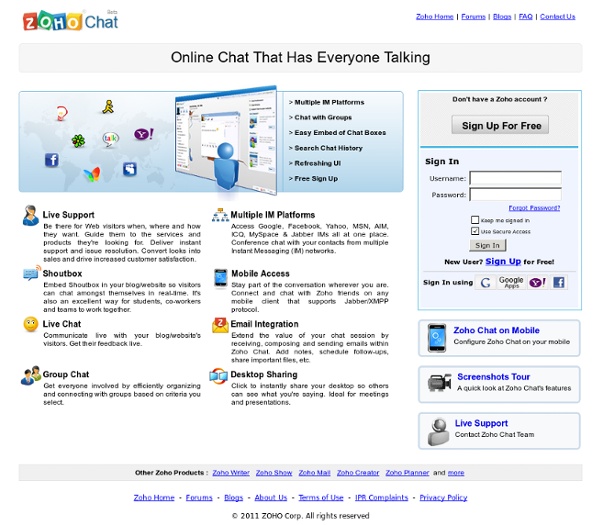 Campfire Current Campfire customers can sign in here. Hello, We launched Campfire back in 2006 so teams could easily collaborate online in real-time. However, since we merged Campfire into Basecamp with the launch of Basecamp 3, we haven’t given the standalone version of Campfire much attention. Existing customers will be able to continue using Campfire as they always have. For those new customers who are interested in Campfire, we highly recommend checking out Basecamp 3. Onwards, Jason Fried, Founder & CEO, Basecamp

Google Wave As we announced in August 2010, we are not continuing active development of Google Wave as a stand-alone product. Google Wave will be shut down in April 2012. This page details the implication of the turn down process for Google Wave. Stage 1: Google Wave is read-only -- January 31, 2012 In this stage, you will no longer be able to create or edit waves. Marking a wave as read will also not be saved. Robots that try to write to a wave will stop functioning. During this time, you will continue to be able to export your waves using the existing PDF export feature. If you want to continue using Wave, there is an open source project called Walkaround that includes an experimental feature to import all your waves from Google. Userplane Nurph