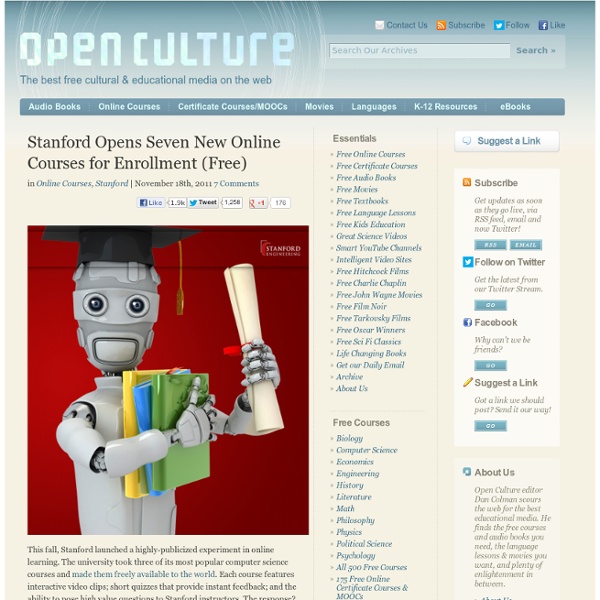 Why Are Finland's Schools Successful? | People & Places It was the end of term at Kirkkojarvi Comprehensive School in Espoo, a sprawling suburb west of Helsinki, when Kari Louhivuori, a veteran teacher and the school’s principal, decided to try something extreme—by Finnish standards. One of his sixth-grade students, a Kosovo-Albanian boy, had drifted far off the learning grid, resisting his teacher’s best efforts. The school’s team of special educators—including a social worker, a nurse and a psychologist—convinced Louhivuori that laziness was not to blame. Finland has vastly improved in reading, math and science literacy over the past decade in large part because its teachers are trusted to do whatever it takes to turn young lives around. “I took Besart on that year as my private student,” Louhivuori told me in his office, which boasted a Beatles “Yellow Submarine” poster on the wall and an electric guitar in the closet. Years later, a 20-year-old Besart showed up at Kirkkojarvi’s Christmas party with a bottle of Cognac and a big grin.

Open Culture The Cassiopeia Project: Free Science Education Online by Maria Popova What a mysterious retired physicist has to do with the future of learning. In 2008, The Cassiopeia Project began quietly publishing high-definition videos exploring in an intelligent yet digestible manner nearly every corner of the science spectrum, and releasing them online for free. We believe that if you can visualize it, then understanding it is not far behind.” The project, operating under the slogan “No science teacher left behind,” is funded by an adamantly anonymous retired scientist who, after weighing the benefits of helping academic institutions versus helping teachers, he chose the latter and made it his mission to champion science literacy in the US. All the content is open-source and educators are encouraged to edit, remix and otherwise customize the footage. Sadly, the effort appears to be in stagnation since 2009, but we sincerely hope to see it resurface with more fantastic content. via MeFi Share on Tumblr

375 Free Online Courses from Top Universities Take online courses from the world's top universities for free. Below, you will find 1,500 online courses from universities like Stanford, Yale, MIT, Harvard, Oxford and more. You can use this collection of online courses to learn everything you want--from history, philosophy and literature, to physics, biology, psychology, and computer science. Note: This page includes a lot of Massive Open Online Courses (MOOCs). If you want to enroll in a free version of a MOOC, please select the "Full Course, No Certificate" (edX) or "Audit" (Coursera) option. If you opt to take the course for a certificate/credential, you will be charged a fee, and we will receive a commission from our affiliate partners--Coursera, FutureLearn and edX. Humanities & Social Sciences Art & Art History Courses Italian Renaissance - Free Online Course - Dr. Classics Courses Communication Courses Economics & Finance Courses Bookmark our collection of free online courses in Economics. Film Courses Food Courses Geography Courses

Virtual Schools Booming As States Mull Warnings DENVER -- More schoolchildren than ever are taking their classes online, using technology to avoid long commutes to school, add courses they wouldn't otherwise be able to take – and save their school districts money. But as states pour money into virtual classrooms, with an estimated 200,000 virtual K-12 students in 40 states from Washington to Wisconsin, educators are raising questions about online learning. States are taking halting steps to increase oversight, but regulation isn't moving nearly as fast as the virtual school boom. The online school debate pits traditional education backers, often teachers' unions, against lawmakers tempted by the promise of cheaper online schools and school-choice advocates who believe private companies will apply cutting-edge technology to education. Is online education as good as face-to-face teaching? Virtual education companies tout a 2009 research review conducted for the U.S. Still, virtual schooling at the K-12 level is booming. Online:

MIT Launches Free Interactive Online Learning Platform - Education Ten years ago, when the Massachusetts Institute of Technology created its OpenCourseWare project, giving free access to college course materials was a revolutionary concept. Now, the school plans to take the spirit of OCW to the next level by launching MITx, a new online learning platform. Like OCW, courses taught on the MITx platform will be completely free. What sets the new program apart, though, is that students who complete the courses and demonstrate mastery of the content will be able to receive a certificate that can be added to a resumé (certificates will not be free). The venture is not-for-profit, so MIT officials say they’re working to make the credentialing component of the project "highly affordable". The head of the project, provost L. An experimental prototype version of MITx will launch sometime in spring 2012 with a few classes, and the project will grow over time. Photo via (cc) Flickr user vobios

Khan Academy In 2011: How the Internet Revolutionized Education As connection speeds increase and the ubiquity of the Web pervades, free education has never been so accessible. An Internet connection gives lifelong learners the tools to become autodidacts, eschewing exorbitant tuition and joining the ranks of other self-taught great thinkers in history such as Albert Einstein, Alexander Graham Bell, Paul Allen and Ernest Hemingway. We can be learning all the time now, whenever we want, and wherever we want. And because of that, we’re seeing explosive growth in online education. Insider How the Internet is Revolutionizing Education This was our seminal piece on online education, which includes interviews with UC Berkeley professors and CEOs and Founders of today’s most disruptive education startups. Stay in or drop out? There’s a lot of debate right now about whether or not paying for a degree is worth it, a particular problem facing entrepreneurs. How Technology Has Changed Education Skillshare lets you learn anything from anyone News Apps Coding

Manipulation of The People - Rudiments of Propaganda Despite living in "the free world", there are very few free men and women walking around in our democracies. Very few indeed. This is because some men and women have a human failing that drives them to want to manipulate others for the sake of power. That manipulation has enslaved humanity throughout most of its history, and still presents the most ominous threat to democracy. W E THINK WE LIVE in a democracy, which is the type of society in which ultimate power lies with the people. The rate and density of information flow has been rising exponentially since the end of the Second World War. With control over the West's mass media falling into the hands of a small group of multinationals (only 5 control just about all the US media), the potential for information flow to be spun by the interests of big business (and governments, which have a symbiotic relationship with big business) has never been greater. Our leaders don't care about democracy.

Tarkovsky Films Now Free Online Andrei Tarkovsky (1932-1986) firmly positioned himself as the finest Soviet director of the post-War period. But his influence extended well beyond the Soviet Union. The Cahiers du cinéma consistently ranked his films on their top ten annual lists. Ingmar Bergman went so far as to say, "Tarkovsky for me is the greatest [director], the one who invented a new language, true to the nature of film, as it captures life as a reflection, life as a dream." Shot between 1962 and 1986, Tarkovsky's seven feature films often grapple with metaphysical and spiritual themes, using a distinctive cinematic style. You can now watch Tarkovsky's films online – for free. NOTE: If you access the films via YouTube, be sure to click "CC" at the bottom of the videos to access the subtitles. Ivan's Childhood - Web - Buy DVD (1962)Andrei Rublev - Part 1 - Part 2 - Buy DVD (1966)Solaris - Part 1 - Part 2 - Buy DVD (1972)The Mirror - Web - Buy DVD (1975)Stalker - Web - Buy DVD (1979) Related Content:

4 Reasons Your Brain Loves to Learn Online Are we offloading our brains onto the web? Are programs better than teachers at knowing what we know? Do virtual badges motivate more than grades? We’ve analyzed here four different special powers of online teaching that make brains very happy. 1) Memory: This is your brain on-line. According to Columbia neuroscientist Betsy Sparrow and her team, “We are becoming symbiotic with our computer tools”. Dr. So is offloading our brain making us dumber? “Accessibility [of information] changes the relative importance of certain topics in much the same ways that a calculator changes the relative importance of some things.” Kuntz, who’s V.P. of research at the fast growing adaptive learning company, explained that fields of knowledge that were off-loaded simply left room for cogitation on other topics. “Long division, for example, is a process that, in my opinion, is more or less irrelevant, you never have to work through a problem in that way.” He measured responses to curvey lines, like this one:

The Stanford Education Experiment Could Change Higher Learning Forever | Wired Science Sebastian Thrun and Peter Norvig in the basement of Thrun's guesthouse, where they record class videos.Photo: Sam Comen Stanford doesn’t want me. I can say that because it’s a documented fact: I was once denied admission in writing. Last fall, the university in the heart of Silicon Valley did something it had never done before: It opened up three classes, including CS221, to anyone with a web connection. People around the world have gone crazy for this opportunity. Aside from computer-programming AI-heads, my classmates range from junior-high school students and humanities majors to middle-aged middle school science teachers and seventysomething retirees. It’s not until the second week of class that I notice a small disclaimer on the AI course website: Prerequisites: A solid understanding of probability and linear algebra will be required. Solid understanding? Apply this rule to a computational problem and you can make efficient predictions based on otherwise unreliable data.

Stanford Professors Launch Online University Coursera - Liz Gannes There seems to be something in the water at Stanford University that’s making faculty members leave their more-than-perfectly-good jobs and go teach online. Coursera co-founders Andrew Ng and Daphne Koller Stanford computer science professors Daphne Koller and Andrew Ng are on leave to launch Coursera, which will offer university classes for free online, in partnership with top schools. Mountain View, Calif.-based Coursera is backed with $16 million in funding led by John Doerr at Kleiner Perkins and Scott Sandell at NEA. Compared to Udacity, a similar start-up from former Stanford professor Sebastian Thrun that’s creating its own classes, Coursera helps support its university partners in creating their own courses, which are listed under each school’s brand. Coursera evolved, in part, out of the hugely popular Stanford classes that Ng and Thrun taught last fall on machine learning and artificial intelligence, respectively.