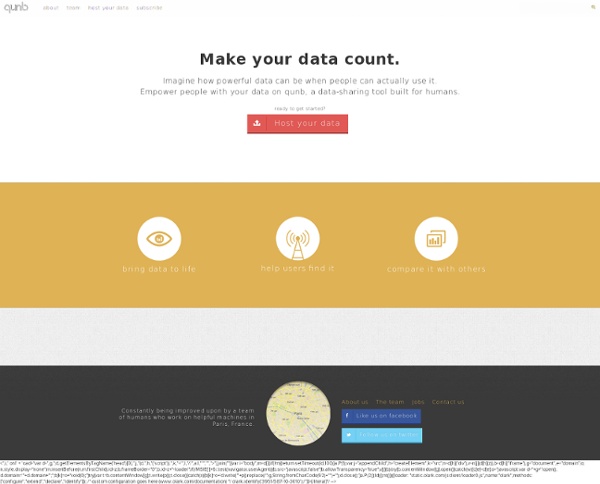 Share them with your customers to keep them happy. Dashboards are great for data analysis, not for data storytelling. Think about how much time you spend with excel and powerpoint just to tell your clients comprehensive stories about their analytics. Reporting should not be a hassle. We help you seamlessly build and share simple stories about web analytics, and let you focus on highlighting specific insights that matter to your clients’ business.

A Record $2 Trillion In Deposits Over Loans - The Fed's Indirect Market Propping Pathway Exposed Perhaps one of the most startling and telling charts of the New Normal, one which few talk about, is the soaring difference between bank loans - traditionally the source of growth for banks, at least in their Old Normal business model which did not envision all of them becoming glorified, Too Big To Fail hedge funds, ala the Goldman Sachs "Bank Holding Company" model; and deposits - traditionally the source of capital banks use to fund said loans. Historically, and logically, the relationship between the two time series has been virtually one to one. However, ever since the advent of actively managed Central Planning by the Fed, as a result of which Ben Bernanke dumped nearly $2 trillion in excess deposits on banks to facilitate their risk taking even more, the traditional correlation between loans and deposits has broken down. It is time to once again start talking about this chart as for the first time ever the difference between deposits and loans has hit a record $2 trillion!

Infographic: The Most Valuable Digital Consumers These days, Social/Local/Mobile seems to be driving much of the conversation about online opportunities. But at the end of the day, there is only one constant common denominator across the Web: the consumer. An understanding of this consumer and how they are influenced by social, mobile and local experiences online is vital to big brands looking to reach them on the Web. Books Archives Humans 10 Fascinating But Forgotten Women From American History 10 Unexpectedly Awesome Benefits Of Getting Older Mysteries Jobless Claims Not Translating Into Full-Time Jobs "CNN Money: The number of newly unemployed seeking jobless benefits fell more sharply than expected last week, taking a key reading to its lowest level in more than four years, the government reported Thursday. There were 350,000 filing for initial jobless claims in the week, down from the 362,000 who sought assistance a week earlier. Economists surveyed by Briefing.com had forecast 375,000 would be seeking help last week. The four-week moving average, which economists prefer to look at since it smooths out the volatility in the weekly numbers, fell by 11,250 to 356,750 last week, as a spike in claims in the wake of Super storm Sandy faded into the background and the labor market continues to show signs of improvement. That four-week average is now at the lowest reading since the week that ended March 15, 2008, shortly after the start of the Great Recession. The average over the course of 2012 has been about 375,000 a week seeking help."

Beautiful, Branded Reports Our Clients The Platform Visage transforms the uninspired data in your reports into beautiful, branded visualizations that make your message more impactful—and make your work look good. What Alt-Right Activists Can Do When Doxed By The Politically Correct Left — Foundation for the Marketplace of Ideas Aristotle observed two millennia ago in his Politics that “Every state is a community of some kind, and every community is established with a view to some good; for mankind always act in order to obtain that which they think good.” The prolific twentieth century writer Hilaire Belloc echoed similar sentiment in his The Crisis of Civilization: “The prime factor of unity in any society, large or small, is for all the members of that society to hold the same philosophy, to put human affairs in the same order of important, and to be agreed on the prime matters of right and wrong and of public worship.” The late Harvard professor and international relations scholar Samuel Huntington observed in his book—Who Are We?—that a society “is specifically a remembered community, a community with an imagined history, and it is defined by its historical memory of itself.

Guess Who Continues To Not "Rotate" Out Of Treasurys And Into Stocks Those who read our article on this topic at this time last week should already know the answer to this rhetorical question. Everyone else may be a little surprised to learn that at a time when every Primary Dealer's sales desk has been pushing what little is left of gullible investors into stocks because the "Great rotation out of bonds and into stocks is our Top trade of 2013" (source: [every sellside strategist]), just as these seem poised to tumble in a recreation of the August 2011 debt ceiling fiasco (as we have been warning for months), their holdings of these same boring old Treasurys once again rose in the latest week ending December 19, increasing by another $10 billion, and hit a fresh all time gross high of $146 billion. Judging by what is increasingly a rotation out of stocks and into bonds, the smart money - correction the only money remaining - appears positioned correctly once again.

Map of the Internet 1.0. An all-time HalcyonMaps classic, the Map of the Internet aims for succesful compendation of The Internet to scale suitable for standartized online navigation. This poster includes one full map of the internet, 4 minimaps showcasing NSA surveillance, most used social networks, most used internet browser, and worldwide internet penetration, list of Alexa Top 500 websites, quick timeline of the Internet History, top software companies and a lot of other things to explore. The map is designed in our vintage-style “decorative” theme, and serves as a perfect decoration for any household, office, school or computer lab. This conceptual work of cartography treats major internet sites and enterprises such as Google, Yahoo, Microsoft, HP, and Apple like sovereign states, on a classic map of the world. Map of the Internet 1.0 is divided into 2 main parts. The great eastern continent, the Old World, showcases software companies, gaming companies, and some of the more real-life oriented websites.

New College Professor 'Watchlist' Aims To Expose Professors Who 'Advance Leftist Propaganda' A new website is asking students and others to “expose and document” professors who “discriminate against conservative students, promote anti-American values and advance leftist propaganda in the classroom.” The site, called Professor Watchlist, is not without precedent -- predecessors include the now-defunct NoIndoctrination.org, which logged accounts of alleged bias in the classroom. There's also David Horowitz's 2006 book, The Professors: The 101 Most Dangerous Academics in America.

The Structural Endgame Of The Fiscal Cliff To understand this endgame, we need to start with the financial and political basics of wealth and power in the U.S. 1. Wealth and thus political power are highly concentrated. The dynamics of rising wealth disparity and the increasing concentration of wealth are debatable; the disparity is not. Roughly 70% of all financial wealth is held by the top 5%; within this top layer of ownership, the top ½ of 1% hold an outsized share. 2.

Explaining The WTI-Brent Spread Divergence Something totally bizarre has happened in the last three years. Oil in America has become much, much cheaper than oil in Europe. Oil in America is now almost $30 cheaper than oil in Europe. This is hilarious if prices weren`t so damn high, but despite a robust export market for finished products, crude oil is backing up all the way to Cushing, Oklahoma, and is only going to get worse in 2013.Now that Enterprise Products Partners LLP has let the cat out of the bag that less than a month after expanding the Seaway pipeline capacity to 400,000 barrels per day, The Jones Creek terminal has storage capacity of 2.6 million barrels, and it is basically maxed out in available storage.

If You Notice That $9 Is More Than $7.25, Are You A Communist? In Tuesday’s State of the Union address, President Obama pointed out that you can work for 40 hours a week at minimum wage and still live in squalid poverty, and suggested that we raise it from $7.25 to $9 per hour by 2015, and also index it to inflation. This, of course, is Communism! This is because wages are kind of like a tax on employers, and if you raise that tax, then employers won’t hire anyone, and ergo defacto, $9 is MORE than $7.25.