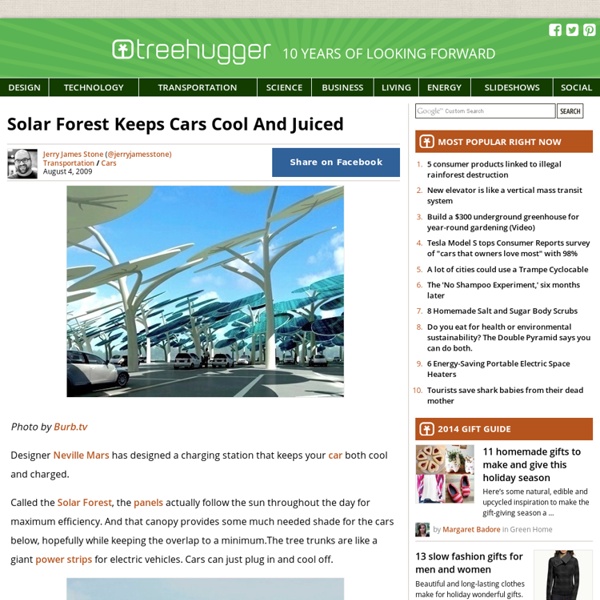 Hydrogen produced by earth friendly WINDHUNTER Maritime Hydrogen Generation System - Alternative Energy That Works Record efficiency of 18.7 percent for flexible CIGS solar cells on plastics Public release date: 19-May-2011 [ Print | E-mail Share ] [ Close Window ] Contact: Professor Dr. Ayodhya N. It's all about the money. One major advantage of flexible high-performance CIGS solar cells is the potential to lower manufacturing costs through roll-to-roll processing while at the same time offering a much higher efficiency than the ones currently on the market. At the forefront of efficiency improvements In recent years, thin film photovoltaic technology based on glass substrates has gained sufficient maturity towards industrial production; flexible CIGS technology is, however, still an emerging field. Record efficiencies of up to 17.5% on steel foils covered with impurity diffusion barriers were so far achieved with CIGS growth processes at temperatures exceeding 550°C. Scaling up production of flexible CIGS solar cells The continuous improvement in energy conversion efficiencies of flexible CIGS solar cells is no small feat, says Empa Director Gian-Luca Bona. [ Print | E-mail

1ℓimit – Faucet Design by Yonggu Do, Dohyung Kim & Sewon Oh One Liter Limited 1ℓimit faucet looks more like an elegant test tube inverted on top of a tap. The glass tube holds exactly one liter of water, sufficient for a quick handwash. The theory being that we waste almost six liters of water and use only one, while washing hands. Once the stored one-liter is used up, you have to turn-off the tap till the next one liter fills up the tube.

Solar Panels Compared What is the best solar cell you can buy? It all depends on what is important to you. Two things that can be important are cost and size. For applications where space doesn't matter (like putting panels in your back yard or on your roof), you want to make the most power for the least cost. Solar Panels ranked by least cost per unit of power (best first) Clearly, large panels bought in bulk are more economical. For mobile applications (solar powered cell phone or lawn mower), you want the most power per unit of area. Solar Panels ranked by minimum size per unit of power (best first) Interestingly, some efficient panels are also economical. Please note that I am basing these lists on the data supplied by the referenced web pages. Q: Why didn't you include X? A: If you know about an interesting panel that is commercially available and not included here, send me a link where I can see its specs and actually buy it and I will add it to the list. A: I agree. Q: Why didn't you make a nice graph?

MIT researchers create super efficient 'origami' solar panels MIT researchers have created an origami-like solar structure that is much more efficient than current flat panels. The three-dimensional solar structure could, at least in principle, absorb a lot more light and generate more power than a flat panel containing the same area footprint. The hope is that all unused light which has been reflected off one panel would be captured by other panels. Panels of this type would be most ideal in circumstances with limited space. "This was a fully 'bio-inspired' idea," said researcher Jeffrey Grossman, a theoretical physicist at MIT. "I was hiking up at Lake Tahoe in California and noticing the shapes of trees, and wondering, 'Why do they have a given shape over another?'" Research into photovoltaic panels has largely kept them flat to prevent any sort of shadow effect. Scientists used a "genetic algorithm" to evolve solar panels in a computer simulation thus determining the optimal 3-D shape for harvesting the largest amount of light.

How to Build a DIY Portable Solar Charging System! 5 years ago, it was a lot harder to build your own solar-charging systems but now there are so much more resources plus price of solar systems have dropped quite a bit. If you own a home and you have some space in your backyard (or roof) for solar panels, there’s absolutely no reason why you aren’t powering some of your home electronics via the power of the sun (unless you live in Alaska and it’s no-sun season). Here’s a great example of a DIY portable solar charging system built completely from scratch with most parts bought on eBay, a portable solar charging system with wheels and you can plug-in anything. You’ve probably found this Instructable to gather ideas about making a portable solar power supply yourself. I’ve always been interested in electronics with this project being my latest idea to come wandering out of my head, why not make a portable box on wheels, that I can plug basically anything into, thats powered by the sun?

Turn Steel Into Solar Panels With Photovoltaic Spray Paint No, it's not a joke or a crazy awesome futuristic concept . It's real. Tata Steel Europe (formerly Corus) and Swansea University in Wales, UK are collaborating to develop a spray-on technology that would transform steel sheets into solar panels. Earth and Industry says , The technology has significant applications since it is highly efficient even in diffused sunlight. Therefore, countries at higher latitudes or those with limited solar energy resource can generate significant amounts of solar-powered electricity with going for large-scale power plants. If extended, the technology can find its way to the automobile industry where photo-sensitive dyes can be applied to cars to generate electricity to split water into hydrogen and oxygen for fuel cells. Imagine the applications of such a product. The power options could be limitless. And if you think the spray-on solar technology is years away from reality, think again. [Photo: Jaredmoo /Flickr]

Hugh Piggott's home page Super Cheap Solar Cells Just Got Cheaper, Switch Gold For Nickel One of the major drawbacks of most renewable energy sources is high cost. In order to see a huge rise in the use of renewable energy sources, prices must come down. In the world of solar there have recently been some major breakthroughs in cost advantages and efficiency increases. Scientists at the University of Toronto in Canada have come up with a way to reduce colloidal quantum dot solar cell prices by up to 80%, by swapping out costly conductive gold for cheap nickel. Quantum dot solar cells consist of a silicon substrate that has a thin film coating of nanocrystals — or quantum dots. The team at University of Toronto published their findings in a paper in the July 12, 2010 issue of Applied Physics Letters and noted that with further research they believe that they will be able to increase the efficiency of their extremely inexpensive quantum dot solar panels and make them look attractive to consumers when they eventually hit the market. Via Science Daily

Solar power without solar cells: A hidden magnetic effect of light could make it possible (PhysOrg.com) -- A dramatic and surprising magnetic effect of light discovered by University of Michigan researchers could lead to solar power without traditional semiconductor-based solar cells. The researchers found a way to make an “optical battery,” said Stephen Rand, a professor in the departments of Electrical Engineering and Computer Science, Physics and Applied Physics. In the process, they overturned a century-old tenet of physics. “You could stare at the equations of motion all day and you will not see this possibility. We’ve all been taught that this doesn’t happen,” said Rand, an author of a paper on the work published in the Journal of Applied Physics. Light has electric and magnetic components. “This could lead to a new kind of solar cell without semiconductors and without absorption to produce charge separation,” Rand said. What makes this possible is a previously undetected brand of “optical rectification,” says William Fisher, a doctoral student in applied physics.