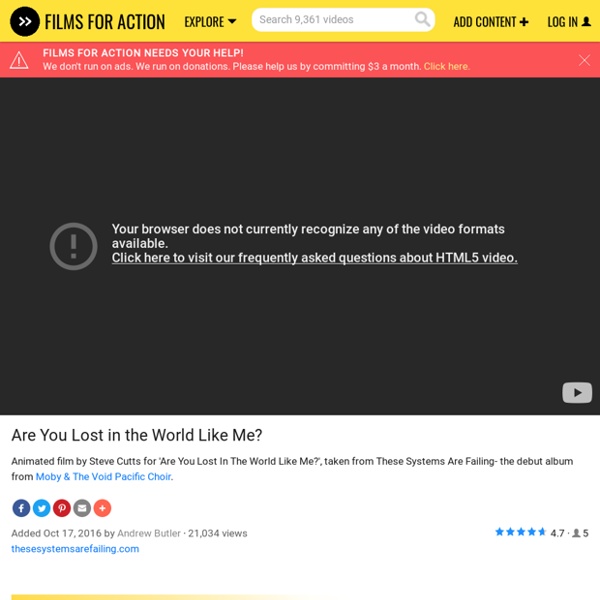 Related:  Teach/ Ideas • Why or Why Not • Data Media/Journalism

The Price of Everything review – elusive portrait of art-world prestige Nathaniel Kahn created a stir in the documentary world in 2003 with My Architect, a very personal film about his father, Louis Kahn, an influential but deeply troubled architect from whom Kahn the younger was estranged when Louis died, broke and nearly forgotten. A work that foregrounded the film-maker’s relationship to the subject when such memoir-like strategies weren’t yet common in film practice, My Architect was both a formally fascinating work as well as being one about a compelling, neglected figure from architectural history. Kahn’s latest doc, The Price of Everything, is a more conventional, drier work that examines how the work of some artists draws huge multimillion-dollar bids at auction houses while the work of others, for no easily graspable reason, goes barely noticed.

Pulling back the curtain: Wizard of Oz named most influential film When a tornado carried Dorothy off to a land of witches and talking scarecrows it was not only Oz that she and her companions ended up taking by storm: new research suggests the world of movies was never the same again either. Researchers in Italy have declared the Wizard of Oz the most influential film ever made, outstripping others in how much it has inspired and been referenced in the film industry. The research team came to their conclusion after analysing more than 47,000 films across 26 genres, using references noted in the online movie database IMDb. The authors note that the database is biased towards films from the west, with the majority produced in the US.

Taking Notes By Hand May Be Better Than Digitally, Researchers Say Laptops are common in lecture halls worldwide. Students hear a lecture at the Johann Wolfang Goethe-University on Oct. 13, 2014, in Frankfurt am Main, Germany. Thomas Lohnes/Getty Images hide caption toggle caption 9 Out of 10 People Are Willing to Earn Less Money to Do More-Meaningful Work In his introduction to Working, the landmark 1974 oral history of work, Studs Terkel positioned meaning as an equal counterpart to financial compensation in motivating the American worker. “[Work] is about a search…for daily meaning as well as daily bread, for recognition as well as cash, for astonishment rather than torpor,” he wrote. Among those “happy few” he met who truly enjoyed their labors, Terkel noted a common attribute: They had “a meaning to their work over and beyond the reward of the paycheck.” More than forty years later, myriad studies have substantiated the claim that American workers expect something deeper than a paycheck in return for their labors. Current compensation levels show only a marginal relationship with job satisfaction. By contrast, since 2005, the importance of meaningfulness in driving job selection has grown steadily.

Christopher Wylie: 'The fashion industry was crucial to the election of Donald Trump' Christopher Wylie, the whistleblower who exposed the widespread misuse of data by his former employer, Cambridge Analytica, has revealed how the company “weaponised” the fashion industry in the run up to the 2016 US election, which he claims helped Donald Trump get elected. Speaking at the annual BoF Voices festival in Oxfordshire, Wylie revealed for the first time a matrix based on data collected by the firm which he claims can show how users’ preferences for particular brands on social media platforms – Facebook, in particular – were then used to help target these same users with pro-Trump messaging. He compared the misuse of fashion-based data as one of the campaign’s lesser reported “weapons of mass destruction”. “They [Cambridge Analytica] looked at actual people. How they engaged with certain brands was put into a funnel and helped build the algorithms,” Wylie explained.

2nd Grade Students Cover Their Teacher’s Dress In Drawings, And Her Story Takes Over The Internet Sometimes arming a bunch of 8-year-olds with paint and markers doesn’t have to result in a disaster. In fact, it can turn into a beautiful work of art! This is exactly what happened to Haley Curfman, a 2nd-grade teacher in Blackwell, Oklahoma. Haley bought a beautiful white dress, set it up in her classroom and encouraged her students to draw on it. The only rule she had – children were not allowed to cross out anything. The result was so amazing it went viral. Don't get rid of Apu. He's a hero to many of us After progressively diminishing the character, it appears that The Simpsons might be gearing up to drop Kwik-E-Mart clerk and Indian-American icon, Apu Nahasapeemapetilon. Well, kind of Indian-American. He’s a brown character with an exaggerated Indian accent voiced by a white guy (Hank Azaria). Apu has gotten a lot of flak lately for being racist depiction of Indian-Americans. One of my favorite comedians, Hari Kondabolu, even released a documentary about it (The Problem with Apu) last year.