Fear the Boom and Bust 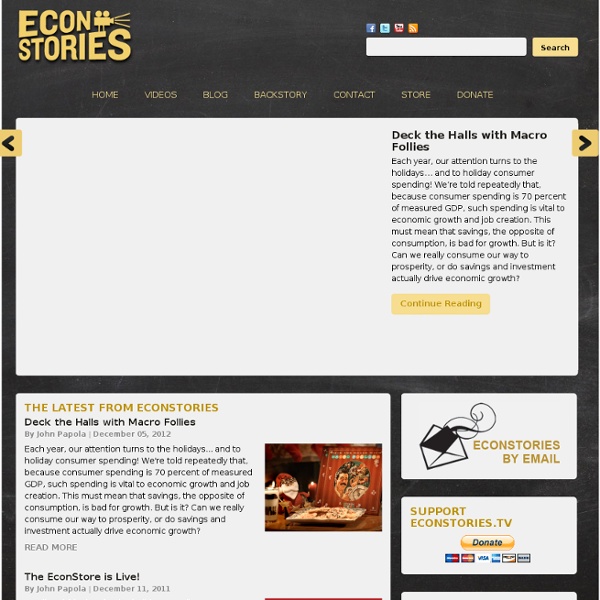 What’s Wrong with Keynes This is a very long post. It’s the latest version of my thoughts on Keynesian stimulus, the idea that spending creates prosperity or supports our economy or rescues it from the doldrums. John Papola, my collaborator on the video projects at EconStories, continues to push the two of us to think about these issues. So the thoughts that follow have been stimulated greatly by those conversations. In particular, I’ve been thinking about the idea that in times of high unemployment, the government can borrow money and give it to people to spend creating beneficial effects—either job creation or via the idea of a “multiplier,” creating income gains in addition to those received by the people who get the initial gift. For many people, economists and non-economists, nothing could be more intuitive than the idea that giving people money stimulates the economy. There are two standard criticisms of this idea. (I am ignoring the Keynesian implication that savings is just waste. So money is a veil.

Classical Economics vs. The Exploitation Theory - George Reisman For more than a century, one of the most popular economic doctrines in the world has been the exploitation theory. According to this theory, capitalism is a system of virtual slavery, serving the narrow interests of a comparative handful of businessmen and capitalists, who, driven by insatiable greed and power lust, exist as parasites upon the labor of the masses. This view of capitalism has not been the least bit shaken by the steady rise in the average standard of living that has taken place in the capitalist countries since the beginning of the Industrial Revolution. The rise in the standard of living is not attributed to capitalism, but precisely to the infringements which have been made upon capitalism. By the same token, they tremble at the thought of unions not existing, of a society without minimum wage laws, maximum hours legislation, and child labor laws—at the thought of a society in which no legal obstacles stood in the way of employers pursuing their self-interest.

Why I agree with (some of) Friedrich Hayek April 28, 2011 Friedrich Hayek is generally regarded as the apostle of a brand of economics which holds that the market will assure the optimal allocation of resources — as long as the government doesn’t interfere. It is a formalized and mathematical theory, whose two main pillars are the efficient market hypothesis and the theory of rational expectations. This is usually called the Chicago School, and it dominates the teaching of economics in the United States. I have an alternative interpretation — diametrically opposed to the efficient market hypothesis and rational expectations. I firmly believe these principles are in accordance with Hayek’s ideas. But we can’t both be right. Let’s start with Hayek’s influence on the twin pillars of my interpretation. I considered myself a disciple of Popper. I was drawn to this controversy by my interest in Popper. This helped me see the similarity between the Nazi and communist regimes. This led me to Popper’s theory of scientific method.

Allegory of the Cave - Plato Plato realizes that the general run of humankind can think, and speak, etc., without (so far as they acknowledge) any awareness of his realm of Forms. The allegory of the cave is supposed to explain this. In the allegory, Plato likens people untutored in the Theory of Forms to prisoners chained in a cave, unable to turn their heads. All they can see is the wall of the cave. From Great Dialogues of Plato (Warmington and Rouse, eds.) Here are some students’ illustrations of Plato’s Cave Go back to lecture on the Phaedo Go back to lecture on the “One Over Many” Argument Go to next lecture on Criticism of Forms Need a quick review of the Theory of Forms? Return to the PHIL 320 Home Page Copyright © 2006, S.

Some Moral Dilemmas The Trolley Problem, not in Grassian. Suggested by Philippa Foot (1920-2010), daughter of Esther, the daughter of President Grover Cleveland, but of British birth because of her father, William Sidney Bence Bosanquet. A trolley is running out of control down a track. This is a classic "right vs. good" dilemma. The Costly Underwater Tunnel Compare: 112 men were killed during the construction of Hoover Dam on the Nevada-Arizona border (the "official" number was 98, but others had died from causes more difficult to identify -- or easier to ignore -- like by carbon monoxide poisoning): The first to die was a surveyor, J.G. with a return to a completely unfamiliar Earth, against what seems to be genuine love for Preston, with a life in what actually are rather comfortable circumstances in the spaceship.

Keynesian - paradox of thrift The paradox of thrift is a central component of Keynesian economics, and has formed part of mainstream economics since the late 1940s, though it is criticized on a number of grounds. Overview[edit] The argument is that, in equilibrium, total income (and thus demand) must equal total output, and that total investment must equal total saving. Assuming that saving rises faster as a function of income than the relationship between investment and output, then an increase in the marginal propensity to save, other things being equal, will move the equilibrium point at which income equals output and investment equals savings to lower values. In this form it represents a prisoner's dilemma as saving is beneficial to each individual but deleterious to the general population. This is a "paradox" because it runs contrary to intuition. This paradox can be explained by analyzing the place, and impact, of increased savings in an economy. History[edit] Related concepts[edit] During April 2009, U.S. Sources

Keynesian - Liquidity preference According to Keynes, demand for liquidity is determined by three motives:[1] the transactions motive: people prefer to have liquidity to assure basic transactions, for their income is not constantly available. The amount of liquidity demanded is determined by the level of income: the higher the income, the more money demanded for carrying out increased spending.the precautionary motive: people prefer to have liquidity in the case of social unexpected problems that need unusual costs. The amount of money demanded for this purpose increases as income increases.speculative motive: people retain liquidity to speculate that bond prices will fall. When the interest rate decreases people demand more money to hold until the interest rate increases, which would drive down the price of an existing bond to keep its yield in line with the interest rate. The liquidity-preference relation can be represented graphically as a schedule of the money demanded at each different interest rate.

Austrian School The Austrian School is a school of economic thought that is based on the analysis of the purposeful actions of individuals (see methodological individualism).[1][2][3][4] It originated in late-19th and early-20th century Vienna with the work of Carl Menger, Eugen von Böhm-Bawerk, Friedrich von Wieser, and others.[5] Current-day economists working in this tradition are located in many different countries, but their work is referred to as Austrian economics. Among the theoretical contributions of the early years of the Austrian School are the subjective theory of value, marginalism in price theory, and the formulation of the economic calculation problem, each of which has become an accepted part of mainstream economics.[6] Many economists are critical of the current-day Austrian School and consider its rejection of econometrics, and aggregate macroeconomic analysis to be outside of mainstream economic theory, or "heterodox. Methodology[edit] Economist Paul A. Fundamental tenets[edit]