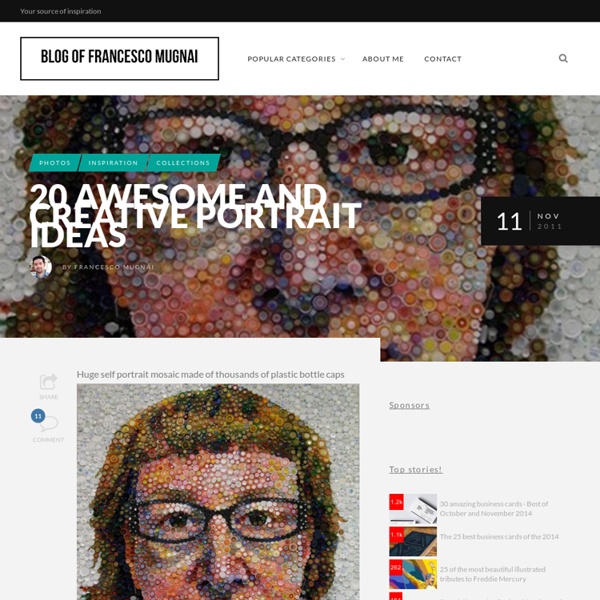 Minjae Lee – Colorful Illustrations | Illustration Minjae Lee is a young South Korean artist whose work is filled with powerful colors, aggressive scenes and a clever blend of beauty, innocence and fragility. At just 22 years old, he’s a self-taught artist, that uses old-fashioned tools, such as markers, pens, crayons, acrylics, to create his illustrations. His dramatic works are all about pattern and texture that just add more authenticity to his illustrations. For purchasing his canvas prints and other products, check out the artist’s website. I have loved color since I was 7 year old. (All images via Minjae Lee)

Summer Art Fairs 2009: Should I Stay Or Should I Go? Yesterday I received a friendly email from a fellow artist inquiring about a summer art fair that I exhibited at in 2008. She wanted to know whether or not it was a ‘good one’ to attend, and after responding to her email, I got to pondering the very concept of the summer art fair. I have exhibited at summer art fairs since 1992, and normally attend between eight and twelve events each year. So I’ve seen a few, but definitely not all. But the times they are a changin’. . . and I’m I especially curious about how this summer’s art fairs will play out. For example, several other artists who regularly post blogs at FASO have mentioned staying home from shows this summer, or at least limiting the ones they attend. Why is this? So here’s the top ten questions that I ask when considering an art fair, all of which lead up to the ever-important final question: "Should I stay or should I go?" 1. Or, has it been a good show for you some time in the past? 2. 3. 4. How far do you have to travel? 5. 6.

Young artist draws a gravity Posted by admin on November 10th, 2011 01:44 AM | Art&Design Canadian artist Amy Shackleton creates amazingly detailed pictures without using a brush or fingers. Instead, she slowly pours the paint onto the canvas . Looking at such barbarism, it is hard to believe, from the artist’s brush will unique picture that makes sense. A girl squeezes a bottle of paint, and then turns the canvas, using the help of gravity, which makes the drop to flow across the canvas . Amy Shackleton receives inspiration from his own experience of travel and photography. Source: link digg

Android Anatomy illustrations get beneath robotic characters' skin But its all wrong, Bender has a 6502 chip as his brain according to the series. [spectrum.ieee.org] If Bender has a human brain, it won't be in his head. It will be in a jar somewhere in his abdominal compartment, presumably next to his jarred human heart. Bah, everyone knows Bender is actually powered by a MOS Technology 6502 processor. And he's powered by alcohol and greed. Mind Blowing 3D Street Art Paintings by Edgar Mueller Home » Paintings » Mind Blowing 3D Street Art Paintings by Edgar Mueller 38.8K Flares38.8K Flares × Edgar Mueller, a master of 3D street art painting uses the street as a canvas. His 3D painting becomes the perfect illusion if you look from the right spot. Please support this site by clicking on the button below Written by Waheed Akhtar I am Waheed Akhtar, a freelance web designer from Dubai.

50 Beautiful and Effective Package Designs When choosing one product over another, the design of the packaging probably influences your decision far more than you realize. Effective packaging design breaks away from the standard rules and conventions that we are accustomed to, giving the product a unique edge to stand out from the rest. The packaging should appeal to your target market. It’s also vital to ensure that you’re conveying the necessary information about the contents and quality of the product, while triggering the desired emotion in your customer. Here are 50 beautifully designed packages that you can draw inspiration from.

Ninja Turtles as Their Namesakes Would Have Drawn Them Children of the ’90s know the story of the Teenage Mutant Ninja Turtles by heart: An exiled ninja living in the sewers finds four turtles covered in a mysterious ooze, which transforms them into turtle-human hybrids and him into a half-rat, half-man. The learned sensei names his surrogate children for a quartet of Renaissance artists — Leonardo, Michelangelo, Raphael, and Donatello. While the TV series itself had very little to do with art, it was inevitable that someone would think to draw the turtles as their namesakes would have. [Spotted via Design You Trust]

OMG Posters! Occupy the infinite External Stimuli : Peter Kogler works How To Steal Like An Artist by Austin Kleon Wednesday, March 30th, 2011 Buy the book: Amazon | B&N | More… Here’s what a few folks have said about it: “Brilliant and real and true.”—Rosanne Cash“Filled with well-formed advice that applies to nearly any kind of work.”—Lifehacker.com“Immersing yourself in Steal Like An Artist is as fine an investment in the life of your mind as you can hope to make.” Read an excerpt below… Tags: steal like an artist Exhibition 15 - 'Paradigm Shift' January 8th, 2011 The slashTHREE collective selected Paradigm Shift as the theme for its fifteenth exhibition to complement the massive changes it underwent along with the release, which began with a new version of its website. Version four of slashTHREE.com was not only about creating an incredible new website, but also about refining the functionality of the collective and the way it carries itself in the online art community. The collective was proud to release Paradigm Shift alongside its new website, since the exhibition was the largest one slashTHREE had ever released in terms of both quality and quantity. The artists expressed paradigm shifts in many conventional and unconventional ways, while managing to maintain a high level of visual appeal. For this monumental release, the collective unanimously chose to highlight the astounding efforts of the artistic prodigy from Luxembourg, Roy Bourkel.