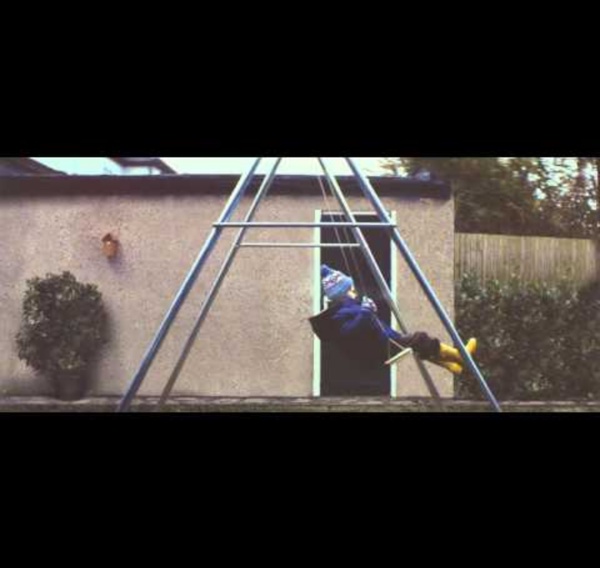 Coca-Cola: Getting rid of the CMO role has 'broadened' marketing Coca-Cola’s decision to get rid of its chief marketing officer role in favour of a chief growth officer has “broadened” the company’s approach to marketing, according to one of the drink giant’s top marketers. Coca-Cola scrapped the CMO position in March last year, appointing Francisco Crespo as chief growth officer instead. And that move has helped change the outlook of the marketing department and “broadened its approach”, says Coca-Cola’s global vice-president of creative, Rodolfo Echeverria. Speaking exclusively to Marketing Week at a press event in Atlanta, US, he says: “Marketing in Coca-Cola is meant to drive business. He adds: “We have always been big but now we are obsessively pursuing growth not in the sense that we want to be richer but in the sense we are looking at those consumers who are not our consumers right now. Coca-Cola’s business strategy now is focused on becoming a ‘total beverage company’, moving away from its reliance on fizzy drinks.

facebook 01/01/2014 Johnson & Johnson sacrifices 'sacred cows' as it preps rebrand As the number one baby care brand in the world, Johnson & Johnson had grown accustomed to using concrete scientific research to back up the global appeal of its products. From its iconic gold baby shampoo to its pink lotion, the scientific benefits of its products have always been at the heart of its messaging. That is until now. Market leaders like Johnson & Johnson are being questioned like never before thanks to the rise of social media, with parents sharing concerns about dyes and fragrances in baby care products and some moving towards of all-natural alternatives. Johnson & Johnson’s initial reaction was to do what it has always done and fight back with science. “It’s the age-old lesson in marketing that if perception is reality you have to lean in and face that reality,” explains Johnson & Johnson’s CMO Alison Lewis. In the past, if customers told us they didn’t want dyes it would be, ‘the gold shampoo is gold, of course it’s going to have a dye in it’. Startup thinking

my furry friends :) Pernod Ricard on why the days of the 'pure marketer are gone' The days of theoretical marketing are “long gone”, according to Patrick Venning, global marketing director at Pernod Ricard, who instead thinks marketers should always be looking through a commercial lens. “The days of the purest marketer are long gone. You now need a pragmatic commercial marketing lens on everything,” he says. This insight is something he gained going from UK marketing director for Pernod Ricard to global marketing director for Ballantine’s at Chivas Brothers – the Scotch whisky arm of the drinks giant. READ MORE: Pernod Ricard promotes UK marketing boss to global role He explains: “Working on a brand like Ballantine’s, which isn’t the strongest, allowed me to look at [the brand] through a fresh pair of eyes. “When you are in a market the balance between operational and strategic is a bit more on the operational side and I think globally its more on the strategic side.” This difference means that Venning has had to adjust his ideas around innovation.

M&S marketing boss departs as retailer shakes up marketing structure Marks & Spencer‘s marketing boss Patrick Bousquet-Chavanne is to step down as part of a restructure of the retailer’s marketing team that will see it move away from a central function and towards separate marketing teams for its clothing and home, and food businesses. Bousquet-Chavanne will step down from the board today (18 April) and leave M&S at the end of May. It means marketing will no longer be represented at board level, with the CEO and CFO now the only members of the executive board. Rob Weston, currently M&S’s marketing director for consumer and brand, is also leaving the business. An M&S spokeswoman says there are no current plans for other members of the team to leave, although it will continue to look at its structure to ensure it is fit for purpose. Both Bousquet-Chavanne and Weston’s departures are part of a wider shake-up of the marketing team at M&S in line with the retailer’s strategy to reorganise its food, and clothing and home divisions into autonomous businesses.

Marketers must stay in sync with the C-suite or life can be very difficult Which is your favourite Marks & Spencer shirt? Perhaps you don’t know because you don’t own one. Retail is detail, and the retail landscape is changing dramatically. Marks & Spencer (M&S), like many peers, is feeling the squeeze from both fast-fashion chains like Zara and online shops. Ailing M&S has now dissolved its central marketing team and let its two top marketers, Patrick Bousquet-Chavanne and Rob Weston, go. M&S’s marketers did a lot to improve the brand’s long-term odds. But at M&S, the pendulum has swung towards the short-term in a pretty big way. READ MORE: M&S’s shake-up suggests its ‘one brand’ marketing strategy didn’t work There’s no long term without the short term. Every customer experience impacts on sales and profit, both in the short term (people buy something) and in the long term (people buy again). To make the long-term case, marketers must first understand the real short-term pressures, align, and build the case from there. ‘Seize the moment‘ firms All other firms

Revealed: The world's most valuable brands Brands that are using technology to make people’s lives easier in new and innovative ways are winning in 2018, according to Kantar Millward Brown’s latest BrandZ report of the world’s top 100 brands, with technology and tech-related names accounting for 92% of the overall ranking. Tech behemoths Google and Apple lead the way, both of which break the $300bn brand value threshold for the first time – the only brands in the ranking to do so. Google again takes first place with a brand value of $302bn following a 23% rise, while Apple is just behind at $301bn after seeing a 28% boost. However, Amazon is closing in quickly, and is on one of the fastest trajectories the report has ever seen, increasing its brand value by 49% to $208bn this year, which means it bumps Microsoft (which itself grew 40% to $201bn) into fourth place. Chinese brands have had another stellar year, with Tencent, for example, growing by 65% to $179bn securing it a place in the top five for the first time.

'Fake news' law raises fresh questions over Singapore's status as tech and media hub Under the Protection from Online Falsehoods and Manipulation Bill, it will be illegal to spread "false statements of fact" in Singapore, where that information is "prejudicial" to Singapore's security, public safety, "public tranquility," or to the "friendly relations of Singapore with other countries," among numerous other topics. Individuals found guilty of contravening the act can face fines of up to 50,000 SGD (over $36,000) and, or, up to five years in prison. If the "fake news" is posted using "an inauthentic online account or controlled by a bot," the total potential fine rises to 100,000 SGD (around $73,000), and, or, up to 10 years in prison. Companies such as Facebook, if found guilty of spreading "fake news," can face fines of up to 1 million SGD (around $735,000). Singapore has a poor record on press freedom. "The Singapore government has a long history of calling everything they disagree with as false and misleading," he said. 'Serious problem' K. 'Far-reaching' legislation