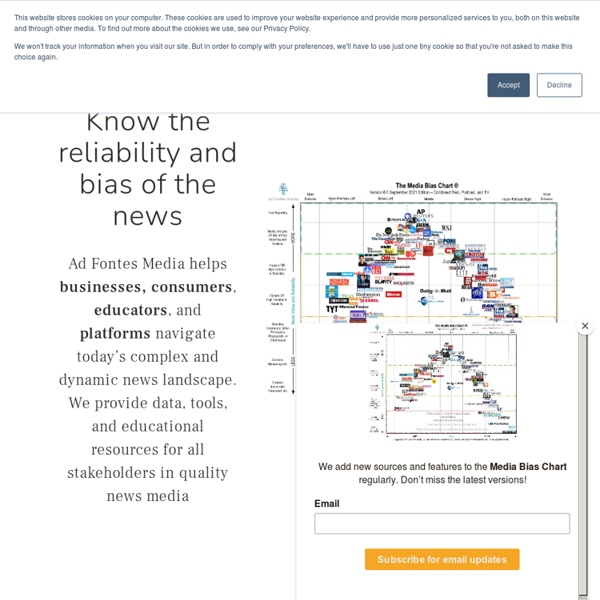 An Engaging Word Game Helps Students Grasp Implicit Bias As part of an effort to demonstrate the effect of implicit bias, library media specialist Jacquelyn Whiting devised an exercise that looks similar to “Mad Libs,” the popular fill-in-the-blank word game. In EdSurge’s “Everyone Has Invisible Bias. This Lesson Shows Students How to Recognize It,” Whiting describes how she removed words from a New York Times opinion essay to create a new, highly engaging activity for a 10th-grade class.

How To Improve Your Eyesight Naturally [Note: This is Part IX in a series of articles adapted from the second Children’s Health Defense eBook: Conflicts of Interest Undermine Children’s Health. The first eBook, The Sickest Generation: The Facts Behind the Children’s Health Crisis and Why It Needs to End, described how children’s health began to worsen dramatically in the late 1980s following fateful changes in the childhood vaccine schedule.] The vaccine industry and its government and scientific partners routinely block meaningful science and fabricate misleading studies about vaccines. They could not do so, however, without having enticed medical journals into a mutually beneficial bargain. Pharmaceutical companies supply journals with needed income, and in return, journals play a key role in suppressing studies that raise critical questions about vaccine risks—which would endanger profits.

algo_study Big Tech’s Pandemic Power Grab - The Atlantic In the years before the virus, critics began to prophesy that a handful of tech companies would soon grow more powerful than the government. Their scale and influence, and their ability to manipulate public opinion and shape markets, would permit them to reign unimpeded. SIFT (The Four Moves) How can students get better at sorting truth from fiction from everything in between? At applying their attention to the things that matter? At amplifying better treatments of issues, and avoiding clickbait? Since 2017, we’ve been teaching students with something called the Four Moves. Our solution is to give students and others a short list of things to do when looking at a source, and hook each of those things to one or two highly effective web techniques.

Analyzing News Sources - Fake News - Library Home at Notre Dame de Namur University confirmation bias: the tendency to believe information is credible if it conforms to the reader’s/viewer’s existing belief system, or not credible if it does not conform content farm or content mill: a company that employs a staff of freelance writers to create content designed to satisfy search engine retrieval algorithms with the goal of attracting views and advertising revenue echo chamber: a situation in which information, ideas, or beliefs are amplified or reinforced by transmission and repetition inside an “enclosed” system, where different or competing views are censored, disallowed, or otherwise underrepresented fact checking: the act of verifying assertions either prior to publication or after dissemination of the content

The Global Implications of “Re-education” Technologies in Northwest China  Since May 2014, when Chinese Communist Party Secretary Zhang Chunxian announced the People’s War on Terror in the Uighur region, Chinese technology firms have received billions of dollars in Chinese state capital to build a comprehensive Muslim “re-education” system in Northwest China. Over the same period of time they have created a wide range of computer vision and data analysis tools which have the potential to change forms of policing and incarceration in many places around the world. These innovations, however, have come at the cost of what U.S. lawmakers describe as “crimes against humanity.”

Study: Students show ‘troubling’ lack of news literacy skills — News Literacy Project A new report from the Stanford History Education Group has found little change in high school students’ ability to evaluate information online since 2016, when SHEG researchers released the results of a similar study. This skill set — dubbed “civic online reasoning” by Stanford researchers — consists of the ability to recognize advertising, including branded content; to evaluate claims and evidence presented online; and to correctly distinguish between reliable and untrustworthy websites and other sources of information. (The executive summary of the 2016 study summed up “young people’s ability to reason about the information on the Internet” in one word: “bleak” — and the executive summary of the latest report acknowledged that “the results — if they can be summarized in a word — are troubling.”)

Fact Finder: Your Foolproof Guide to Media Literacy Are your students savvy searchers? Can they spot the difference between a straight news article and an opinion piece? Do they recognize bias in their sources … or in themselves? Tackle these challenges and more using Fact Finder’s 11 flexible, multimedia lesson plans. Eight skill-building lesson plans introduce essential media literacy concepts through engaging explainer videos and colorful infographics that help students revisit, retain and apply the key concepts. Breaking News Consumer's Handbook: Fake News Edition BROOKE GLADSTONE: Drawing a distinction between fake and real news is going to be hard for those Facebook and Google employees tasked with bird dogging offending sites, but it shouldn’t be so hard for you, the consumer. Melissa Zimdars, professor of communication and media at Merrimack College, has made a list of more than a hundred problematic news sites, along with tips for sorting out the truthful from the troublesome. She got into the fake news sorting racket after a hot tip. MELISSA ZIMDARS: Someone alerted me to the fact that when you searched for the popular vote on Google, the first Google news item that came up was a fake news website saying that Hillary Clinton lost the popular vote.

Introducing This Is Fake, Slate’s tool for stopping fake news on Facebook. One of the more extreme symptoms of media dysfunction in the past several months has been the ascendance of “fake news”—fabricated news stories that purport to be factual. The phenomenon is not altogether novel, but the scale at which it is now being produced and consumed is unprecedented. A BuzzFeed data analysis found that viral stories falsely claiming that the Pope had endorsed Donald Trump, that Hillary Clinton was implicated in the murder of an FBI agent, that Clinton had sold weapons to ISIS, all received more Facebook engagement than the most popular news stories from established outlets such as the New York Times and CNN.

How Google Creates Alternative Reality COVFEFE – Google deleted this word from its Arabic-English dictionary after President Trump used it in his tweet on May 31, 2017. The original translation of this word (more accurately rendered in English as “cov fe’fe”) was “I will stand up“. Trump used it in a tweet “Despite constant negative press covfefe“, when he came back from Saudi Arabia. Few hours later, he tweeted “Who can figure out the true meaning of “covfefe” ??? Enjoy!” This deletion served the main prong of the coup at that time – the attempt to declare President Trump mentally unfit and to remove him under cover of the XXV Amendment. Getting Beyond the CRAAP Test: A Conversation with Mike Caulfield I have been a fan of Mike Caulfield's work in developing new tools for helping students learn the skills of digital literacy and fact checking for quite some time. I even put an exercise in The Writer's Practice built on Caulfield's "four moves." When I found out he has a new project that is freely available to instructors and highly adaptable to any course, I wanted to do what I can to get the word out. We talked about both the new project in specific and his bigger project in general. - JW Q&A with Mike Caulfield on Check, Please!

OMICS, Publisher of Fake Journals, Makes Cosmetic Changes to Evade Detection New Delhi: A glut of fake scientific journals, which publish dubious research for money, has been posing many challenges for the world’s research community of late. Despite many warnings issued by the publishers of legitimate journals to stay away from their fake/duplicate counterparts, many gullible researchers fall for them as these journals resemble the real things in look and feel. A new study suggests fake journals could also be evolving to bypass the standard ways to filter them out.