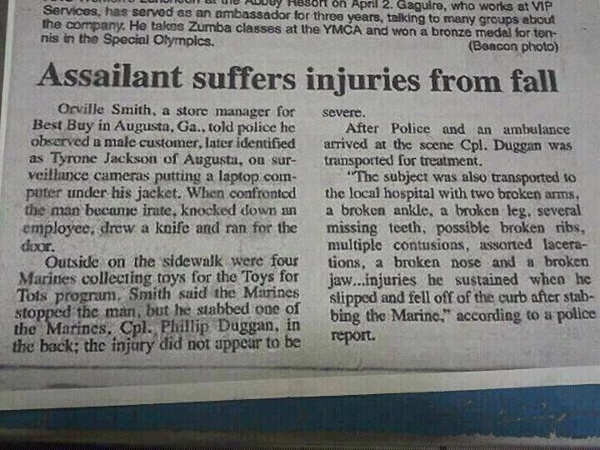 Paper airplane because the straw plane is in town! I don't know what you call this thing but we referred to it as a strawplane. Whatever you want to call it, it's pretty cool! You'll need some heavier paper (we used 3x5 index cards), a straw, scissors or something to cut the paper with, and tape. You will need to cut 3 pieces of paper about 1" wide and 5" long. Tape two of the pieces together "long ways" and then tape to form a circle. Use the remaining piece to form a small circle and tape the ends together. Now you have a large circle and a small circle. Tape the straw to the inside of the circles placing the small circle at one end and the large circle at the other end. And you're done! Now is the fun part! The boys had to try and fly a straw without the circles to make sure that it wasn't just the straw that was the good flier. Have fun fllying! P.S.

Sean Connery tells Steve Jobs where to stick it ► Our NEW Android friendly app - brings you our latest exclusives PLUS the funniest videos and pictures from the internet DAILY - in one place. ► Bargain Mug Of The Week from The Poke Shop MAKE HOMEMADE SCIENCE TOYS music for my mood and activities Eight Types of Hecklers and the Comedians Who Shut Them Up In the 2007 documentary Heckler, Joe Rogan says that “the number one thing about hecklers is 100% of them are douchebags.” A stand-up comedian’s act depends on the audience reaction by nature, but when someone attempts to derail the performer’s work, well, that’s something a douchebag would do. Still, heckling creates exciting moments of discomfort for the audience, and hecklers have instigated some great moments in comedy (Bryson Turner’s comeback) as well as some terrible moments (Michael Richards incident). Whether the outcome is funny, awkward, or awful, the eternal battle between heckler and stand-up is always fun to watch. Here are eight kinds of hecklers, and fifteen different ways of dealing with them. 1. Joe Rogan embraces hecklers like few other comedians, and his confrontation with this strange young woman is another drop in the bucket. 2. Rule #1: Always say yes. 3. They’re called servers, not waitresses. 4. 5. 6. Kenny Moore has a temper. 7. 8.

Lateral Thinking Puzzles - Preconceptions Lateral thinking puzzles that challenge your preconceptions. 1. You are driving down the road in your car on a wild, stormy night, when you pass by a bus stop and you see three people waiting for the bus: 1. An old lady who looks as if she is about to die. 2. Knowing that there can only be one passenger in your car, whom would you choose? Hint: You can make everyone happy. Solution: The old lady of course! 2. Hint: The police only know two things, that the criminal's name is John and that he is in a particular house. Solution: The fireman is the only man in the room. 3. Hint: He is very proud, so refuses to ever ask for help. Solution: The man is a dwarf. 4. Hint: It does not matter what the baby lands on, and it has nothing to do with luck. Solution: The baby fell out of a ground floor window. 5. Hint: His mother was an odd woman. Solution: When Bad Boy Bubby opened the cellar door he saw the living room and, through its windows, the garden. 6. 7.