The Future of Free Energy is here now! The end of oil, coal and nuclear pollution! 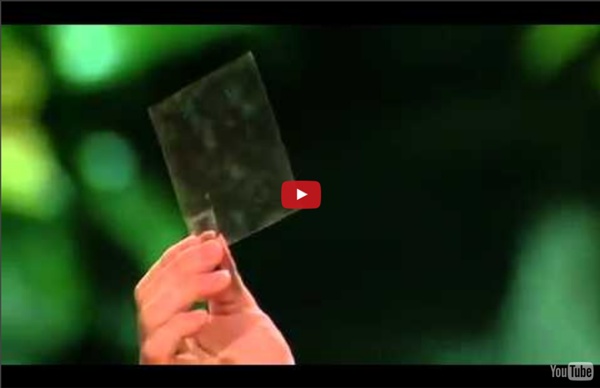 Attack on the pentagon results in discovery of new mathematical tile | Science In the world of mathematical tiling, news doesn’t come bigger than this. In the world of bathroom tiling – I bet they’re interested too. If you can cover a flat surface using only identical copies of the same shape leaving neither gaps nor overlaps, then that shape is said to tile the plane. Every triangle can tile the plane. Things get interesting with pentagons. The hunt to find and classify the pentagons that can tile the plane has been a century-long mathematical quest, begun by the German mathematician Karl Reinhardt, who in 1918 discovered five types of pentagon that do tile the plane. (To clarify, he did not find five single pentagons. Most people assumed Reinhardt had the complete list until half a century later in 1968 when R. That same year an unlikely mathematical pioneer entered the fray: Marjorie Rice, a San Diego housewife in her 50s, who had read about James’ discovery in Scientific American. But then the hunt went cold. I blog here about maths.

A molecular link between the active compon... [Mol Pharm. 2006 Nov-Dec CAP Consumer - For Smarter Automotive Decisions Compare the costs of owning different cars (and check what your resale price might be!) Check your car’s price with the UK’s most accurate valuation company. CAP – car expertise for you, for free When you buy or sell a car, a free CAP check of value and running costs gives you the information to make the right decision. Would you be better off with petrol or diesel? With over 30 years of experience CAP gives you answers you can depend on. Read more about us Who controls the world? More resources for understanding Occupy Wall Street’s slogan “We are the 99%” had been echoing through the United States and the world for just over a month when James B. Glattfelder and his co-authors released the study “The Network of Global Corporate Control” in October 2011. The study was a scientific look at our global economy, revealing how control flows like water through pipes — some thin, some thick — between people and companies. The finding: that control of our economy is highly tightly concentrated into a small core of top players, leaving us all vulnerable to fast-spreading economic distress. James B. In today’s talk, filmed at TEDxZurich, Glattfelder reveals that the impetus of the study wasn’t at all to validate global protesters. “Ideas relating to finance, economics and politics are very often tainted by people’s personal ideologies. To hear more about how the study was conducted, watch this talk. To answer the question, “Who controls the world?” 1. Download the full list here »

my heterochromia. for all you homos WOMAD: A vegan debate - Sustainable Food Trust What to eat Last weekend I was invited as a guest of the sustainable energy company, Ecotricity, to speak at WOMAD, on the role of livestock in sustainable food systems. I was there to make the case for the benefits of sustainable livestock farming, whilst my opposition, Jasmijn de Boo of the Vegan Society, was promoting a vegan diet for a sustainable future. We need more vegans and vegetarians I don’t consider myself to be an extreme ‘pro-carnivore’ and I firmly believe that society’s relationship with meat needs some serious reconsideration. An estimated 60 billion land animals are killed each year to satisfy our desire for cheap meat. Conscious carnivore However, as much as I agree that we need to eat less meat generally, I am also comfortable with my role as a meat-eater. Taking a life is a meaningful act. In my case, the experience made me absolutely confident that meat is a product to be valued highly. Vegan philosophy The morality of meat and the pleasure of taste

BREAKING: You Know That TED Talk You Weren't Supposed To See? Here It Is. Nick Hanauer, self-described "super-rich" entrepreneur, gave a pretty compelling TED Talk about how the middle class—not the super-rich—are the real job creators. But TED, which has released over 100 different political videos in the past, thought this one was too partisan and chose not to release it. We didn't notice any flaming partisanship in it. We normally love TED, and were surprised they didn't think this talk was TEDworthy. Under pressure from the Internets, TED finally relented and released the video. The National Journal led the initial charge pushing the controversy angle. Chris Anderson, from TED, offered this official response to the outcry and posted the talk for everyone to see. Next bit of Upworthiness:

OverAPI.com | Collecting all the cheat sheets