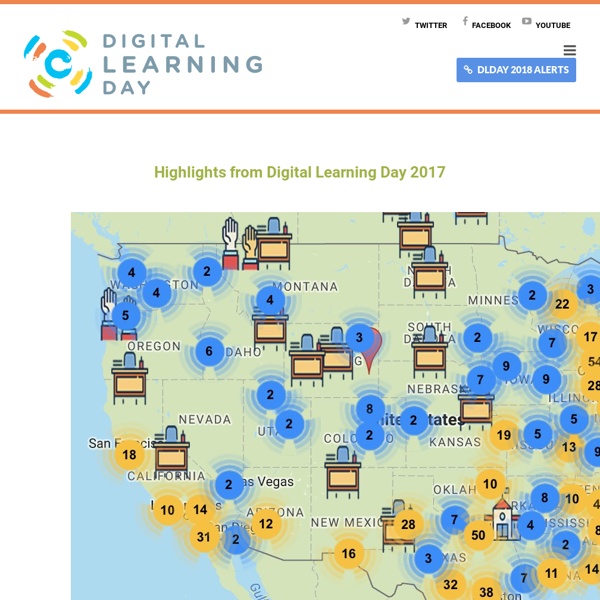 ClipGrab - Free YouTube Downloader & Converter The 10 Best Web Tools For Flipped Classrooms While flipping the classroom is still one of the hottest trends in education, it’s got nothing on time-saving and downright useful apps and web tools. In an effort to provide a quick look at some of the best web tools for flipped classrooms, I thought it would be useful to poll the @Edudemic Twitter followers . POLL: What are your favorite apps and tools for flipped classrooms? — Edudemic (@Edudemic) April 5, 2013 Including the tweets, I also got at least 40 emails from friends, colleagues, and administrators from around the world. Below is a simple list designed to help get any educator, administrator, student, or parent a bit more familiar with some of the most popular web tools for flipped classrooms. Wikispaces About The Tool: Wikispaces is a free and useful web tool designed to give students (or ‘users’ of any kind, really) the ability to share their thoughts, reflect on the work of others, and edit a body of work together. Poll Everywhere Edmodo Screencast Celly Dropbox YouTube Twitter

iPad Textbooks: Reality Less Revolutionary Than Hardware | Wired Science Much as tablet computers went mainstream in the iPad’s wake, Apple’s latest educational project heralds an age of tablet-based schoolbooks. That, at least, is the hope and hype surrounding iBooks textbooks, launched Jan. 19 at a promotional gala held in the Guggenheim Museum and advertised in terms as glowing as an iPad’s screen. In coming years, schools worldwide will grapple with whether to adopt tablet-based materials, on the iPad or on other platforms. They’ll consider many factors — including cost, intellectual property issues and logistics — that may ultimately prove as important as the textbooks’ contents. But as learning is the ultimate purpose, the question remains: Will kids really learn more and better on tablets than existing media? That’s far from clear now, and the reality may prove less revolutionary than the hardware. “Is there any real learning advantage from electronic textbooks? 'Technology makes good schools better, but it doesn't make a bad school good.'

List of websites that can be useful for anyone Connectivism: A Learning Theory for the Digital Age Connectivism: A Learning Theory for the Digital Age December 12, 2004 George Siemens Update (April 5, 2005): I've added a website to explore this concept at www.connectivism.ca Introduction Behaviorism, cognitivism, and constructivism are the three broad learning theories most often utilized in the creation of instructional environments. Learners as little as forty years ago would complete the required schooling and enter a career that would often last a lifetime. “One of the most persuasive factors is the shrinking half-life of knowledge. Some significant trends in learning: Many learners will move into a variety of different, possibly unrelated fields over the course of their lifetime. Background Driscoll (2000) defines learning as “a persisting change in human performance or performance potential…[which] must come about as a result of the learner’s experience and interaction with the world” (p.11). Driscoll (2000, p14-17) explores some of the complexities of defining learning. Conclusion:

Neil Hopkin's Blog In my previous post, I considered Benjamin Zander’s idea of being ‘fascinated’ by the hurdles that we encounter in striving to be an ‘A’ grade teacher / leader / learner. In this post, I extend the idea into my second principle for principals: living in to possibilities. Professor Dylan Wiliam makes the simple point that the graphs of school improvement are, in large part, quite flat. The distance between the vast majority of schools is statistically quite slight. However, in order to track our progress along this somewhat flat gradient, we have resorted to creating additional ways to level our students and pupils to enable us to chart progress. In the UK, we are just about to embark upon another journey with regard to our understanding of levels, in so far as our secretary of state has announced the demise of levels. The problem is, with our jobs, that we are caught in the moment. There is something captivating about watching the sunset on the horizon.

Four Video Apps To Help Parent/Teacher Communication Teaching is not an easy job. We all know this to be true. I have a sure fire way to make your job easier. Take out your smart phone and take video of the interesting things you do in class. It doesn't even have to be interesting, just take some videos of students doing their regular daily work. You think that's boring? VIne- Vine has a bad reputation, but in the hands of a responsible person it is an easy app to use.

New te reo Maori App set to launch - TangataWhenua.com Ratings12345 A new mobile phone application developed by Victoria University’s Faculty of Education, Te Kura Maori, looks set to change the way New Zealanders learn te reo Maori. The ‘Kura App’ includes a range of games modules that allow users to improve their knowledge and understanding of the Maori language. Users are timed and can pit their skills against others via a scoreboard. “There didn’t seem to be any applications that catered to people with some degree of proficiency in te reo. Mrs McKenzie says the team spent most of last year working with local app developers to create the concept. “Our primary audience is the teachers we work with at Kura Kaupapa (language immersion schools) and in the field, but we believe everyone should be able to learn te reo Maori, so we’ve decided to make it publicly available and free to download.” Users can then progress through the levels at a competitive pace. “The feedback so far has been really positive and users say it makes them want to learn.”

Exit lorem ipsum, haere mai Pahu! By Design Daily team, Designers can Kiwi-fy their mock-ups with a new filler text launched as part of Maori Language Week. Called Pahu! the homegrown filler text comes from Maori legends Maui and the Giant Fish and Maui and the Sun, which can be used in English or Maori. The text generator was created by digital creative and communications company *experience, along with Maori language tutor Piripi Rangihaeata and designer Aaron Moore. CEO of *experience Miriame Barbarich wants to encourage local and international designers to use the text. “Pahu! Pahu is an onomatopoeic Maori noun, which means bang, boom or pop. Share this on Tagged as Digital Is