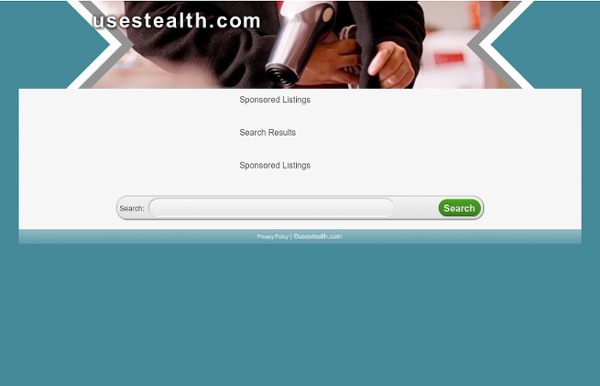 Supreme Court Rules In GPS Tracking Device Case Washington DC police thought they had a good idea when they attached a global-positioning-system (GPS) device on the car of a suspected drug dealer in order to more effectively tail him and find his "safe house" stash. The police did, in fact, nail DC nightclub owner Antoine Jones. But the Supreme Court this week sided with the Appeals court that over-turned Jones's conviction on the grounds that police need to first obtain a search warrant before attaching such a device. The decision by the high court was unanimous, a relative rarity for this court that is usually politically divided. But the decision also opens up questions, legal scholars and some of the justices believe, about whether law enforcement will be allowed to track suspects by homing in on their cellphone with or without a warrant. View Gallery: GPS Tracking Devices The decision should also open new questions about whether police can tap into GPS systems installed on cars, such as General Motors' OnStar system.

Self-guided bullet could hit laser-marked targets from a mile away A group of researchers at Sandia National Laboratories have built a prototype of a small-caliber bullet capable of steering itself towards a laser-marked target located approximately 2,000 meters (1.2 miles) away. The dart-like design has passed the initial testing stage, which included computer simulations as well as field-testing prototypes built from commercially available parts. The four-inch (10 cm) long projectile is to be used with smoothbore arms, meaning ones with non-rifled barrels. While positioning the center of gravity towards the front of the projectile aids the stability, the task of directing the bullet to its target is handled mainly by the little fins. Larger guided projectiles, such as missiles, rely on a device called an inertial measurement unit (IMU) that uses a set of accelerometers and gyroscopes to gather information on velocity, spatial orientation and gravitational forces. Any projectile's flight dynamics depends on its mass and size.

How To Permanently Delete Your Account on Popular Websites - Smashing Magazine Advertisement We all have an increasing number of sites and online services we’re members of, and sometimes it all gets a little overwhelming. At times, we just need to delete our memberships to some sites, either in an effort to simplify our lives or just because we’ve grown tired of a particular site or service. What we often don’t realize when signing up for all these accounts, though, is how difficult it can be to permanently delete our accounts when we’ve had enough. Below we’ll take a look at the account deletion processes of popular websites and services, and how easy or difficult they make it. Facebook Difficulty (on a scale of 1-5, 5 being hardest): 5 Deleting a Facebook account is a bit more complicated than many other services. If you just want to shut down your account for a little while, with the option to reactivate it later, you can deactivate your account. If you’re looking for something a little more permanent, though, you’ll need to submit a request to Facebook. Twitter

Microsoft Online Surveillance Guide - Cryptome Leak Cryptome, a whistleblower site that regularly leaks sensitive documents from governments and corporations, is in hot water again: this time, for publishing Microsoft’s “Global Criminal Compliance Handbook,” a comprehensive, 22-page guide running down the surveillance services Microsoft will perform for law enforcement agencies on its various online platforms, which includes detailed instructions for IP address extraction. You can find the guide here (warning: PDF). not anymore. Microsoft has demanded that Cryptome take down the guide — on the grounds that it constitutes a “copyrighted [work] published by Microsoft.” So far, Young refuses to budge. Cryptome is no stranger to controversy: last year, when it leaked a detailed surveillance guide from Yahoo, which, embarrassingly enough, included a pricing sheet tallying up the costs of its various services, Yahoo demanded its takedown, also under DMCA. He had this to say when we asked him what he found most repugnant about Microsoft’s guide:

Can the NSA and CIA use your phone to track your location? July 26, 2011, 12:43 PM — There's no need to panic, or start shopping for aluminum-foil headwear, but the super-secret National Security Agency has apparently been thinking frequently enough about whether the NSA is allowed to intercept location data from cell phones to track U.S. citizens that the agency's chief lawyer was able to speak intelligently about it off the cuff while interviewing for a different job. "There are certain circumstances where that authority may exist," even if the NSA has no warrant to investigate a the person whose privacy it is invading or global permission to eavesdrop on everyone, according to Matthew Olsen, the NSA's general counsel. He didn't come to talk about that particularly; he said it yesterday in response to a question from the Senate Select Committee on Intelligence, which was considering whether he'd be a good choice to run the National Counterterrorism Center. So far, though, no law.

‘MegaSearch’ Aims to Index Fraud Site Wares A new service aims to be the Google search of underground Web sites, connecting buyers to a vast sea of shops that offer an array of dodgy goods and services, from stolen credit card numbers to identity information and anonymity tools. MegaSearch results for BIN #423953 A glut of data breaches and stolen card numbers has spawned dozens of stores that sell the information. Enter MegaSearch.cc, which lets potential buyers discover which fraud shops hold the cards they’re looking for without having to first create accounts at each store. According to its creator, the search engine does not store the compromised card numbers or any information about the card holders. I first read about this offering in a blog post by RSA Fraud Action Research Labs. “I’m standing on a big startup that is going to be [referred to as] the ‘underground Google,’” MegaSearch told KrebsOnSecurity. 2011 has been called the Year of the Data Breach. Tags: google, Megasearch.cc, RSA Fraud Action Research Labs

untitled Operator Operator YAPO is a new incarnation of an award-winning portable Opera package. You can run Operator on any computer you want (company, library, your friend's computer) and without administration privileges as long as it's a Windows PC. Plus, unless you choose otherwise, no data will be stored at the host computer. Changes in the current release This initial release includes Opera 10.52. Subscribe to updates via the Operator RSS feed. Download Operator YAPO 1.0 Operator weights 10 MB and is Windows only. Please do not link directly to the files. Troubleshooting and bugs If you seek support or want to report a bug, please use the Troubleshooting forum. Looking for the old OperaTor? Here is an archive page.

Charges Against the N.S.A.’s Thomas Drake On June 13th, a fifty-four-year-old former government employee named Thomas Drake is scheduled to appear in a courtroom in Baltimore, where he will face some of the gravest charges that can be brought against an American citizen. A former senior executive at the National Security Agency, the government’s electronic-espionage service, he is accused, in essence, of being an enemy of the state. According to a ten-count indictment delivered against him in April, 2010, Drake violated the Espionage Act—the 1917 statute that was used to convict Aldrich Ames, the C.I.A. officer who, in the eighties and nineties, sold U.S. intelligence to the K.G.B., enabling the Kremlin to assassinate informants. In 2007, the indictment says, Drake willfully retained top-secret defense documents that he had sworn an oath to protect, sneaking them out of the intelligence agency’s headquarters, at Fort Meade, Maryland, and taking them home, for the purpose of “unauthorized disclosure.”