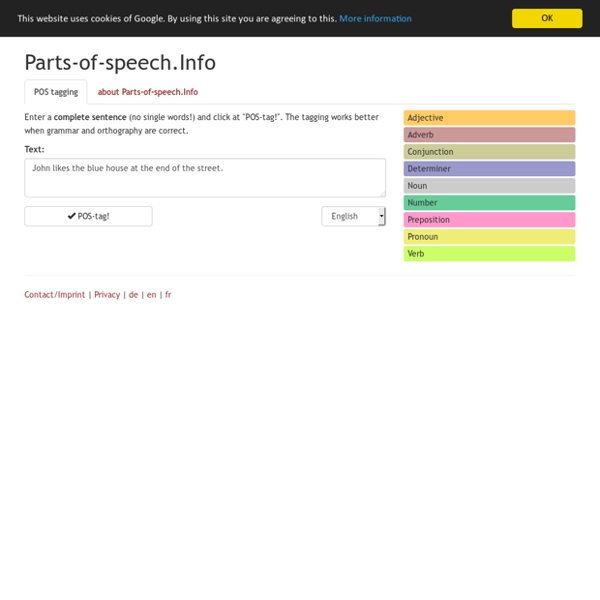 Fast Phrases You can set this page as a homework task for a group of students; doing so will give you a record of who has completed the task. Visit the teacher's section for more information. You can share this page by using the link below. We’re All Translators Now Esther Allen is an esteemed promoter of translation, both through her award-winning translations and through translation classes and workshops at PEN and other universities. Her recent translations include Antonio Muñoz Molina’s In Her Absence, named one of the best books of 2007 by the Washington Post; and Rex, by José Manuel Prieto. In 2006, the French government named her a Chevalier de l’ordre des arts et des letters in recognition of her work to promote a culture of translation in the United States. As our language ceases to dominate cyberspace (our share of the Web has fallen to about 27%), we English speakers are hesitantly stepping out of our monolingual sphere and evincing renewed interest in foreign tongues. Language learning websites like Livemocha and Matador Network seem to crop up like mushrooms, Rosetta Stone is a publicly traded company whose stock is up 41% year to date, and last year’s top-rated YouTube video — remember?

Past Tense Game You can set this page as a homework task for a group of students; doing so will give you a record of who has completed the task. Visit the teacher's section for more information. You can share this page by using the link below. Update September 2020: Changed some of the colors and fonts to improve visibility. Also, the matching screen now allows items to be dropped directly over a matching pair. This game is for practicing past tense English verbs. "Language is a movement between scattered forms": Interview with Amitava Kumar Question: Thank you Amitava Kumar for accepting this interview. In the introduction to the collection of essays that you edited in 2003, which is called Away: The Indian Writer as an Expatriate, you state that there is no place like home. You specify that this can either mean that there can be no other place like home or that the idea of home itself is a delusion. How does this phrase resonate with you? Amitava Kumar: I think much of the writing done by immigrants has an idea of home in the background. And often, it is a nostalgic idea.

Numbers - English Game This is a small game for learning numbers in English. Students can click on the numbers to hear them spoken and see them written. The mini-game part allows students to practice listening and reading the numbers. While this game was primarily made for ESL students, young children may also find it useful. The main aim of this game is to practice using numbers in English. This is done through the mini-game part in which students listen to audio and then click on the matching number.

Lost in Translation: What the First Line of “The Stranger” Should Be Within the novel’s first sentence, two subtle and seemingly minor translation decisions have the power to change the way we read everything that follows. What makes these particular choices prickly is that they poke at a long-standing debate among the literary community: whether it is necessary for a translator to have some sort of special affinity with a work’s author in order to produce the best possible text. Arthur Goldhammer, translator of a volume of Camus’s Combat editorials, calls it “nonsense” to believe that “good translation requires some sort of mystical sympathy between author and translator.” While “mystical” may indeed be a bit of a stretch, it’s hard to look at Camus’s famous first sentence—whether translated by Stuart Gilbert, Joseph Laredo, Kate Griffith, or even, to a lesser degree, Matthew Ward—without thinking that a little more understanding between author and translator may have prevented the text from being colored in ways that Camus never intended.

Animal Mystery - English Questions Game The aim of this game is to help students learn English - specifically ESL (English as a second language). This game is useful for practicing animal related words and phrases. While it is good to know the words for animals, it is not really all that useful in everyday life. Prepositions Game You can set this page as a homework task for a group of students; doing so will give you a record of who has completed the task. Visit the teacher's section for more information. You can share this page by using the link below. Update May 2020 - Added the option to choose level. Click on the 'select' button on the first screen.