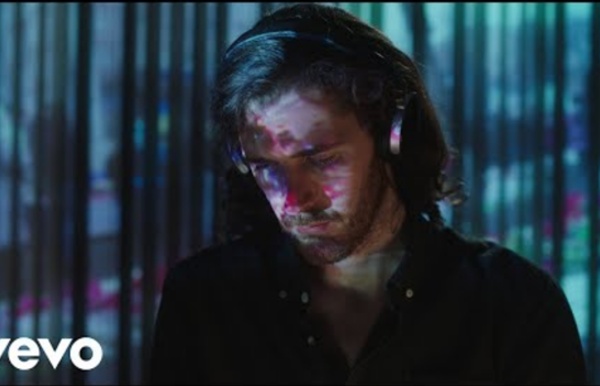 Related:  Music Various • How to be human- Examples • Something good this way comes.... • Wow!

Listen to 14 Essential Tom Petty Songs ‘Rebels’ (1985) Mr. Petty famously broke his hand in a fit of pique during the recording of the Heartbreakers’ 1985 album “Southern Accents.” ‘End of the Line’ (1988) On a break from the Heartbreakers, Mr. ‘Free Fallin’’ (1989) “Full Moon Fever,” the solo album that Mr. Photo ‘Into the Great Wide Open’ (1991) Mr. ‘Mary Jane’s Last Dance’ (1993) Tastes change, but by this time it was clear that Tom Petty is forever. ‘Wildflowers’ (1994) Mr. ‘Walls (Circus)’ (1996) Recording a full-length soundtrack for director Edward Burns’ romantic comedy “She’s the One” probably seemed like a great idea in the mid-90s, when Petty peers like Bruce Springsteen and Elton John were taking home Oscars for their own Hollywood work. ‘Free Girl Now’ (1999) “Echo,” released in the period after Mr. ‘American Dream Plan B’ (2014) The music that Mr. Continue reading the main story

Watch The Roots And Bilal Take Over The Tiny Desk Muslims Raise $60K For Pittsburgh Synagogue Victims Updated, 4:15 p.m. A crowdfunding campaign formed by two Muslim groups has raised more than $60,000 for the victims of the Pittsburgh synagogue shooting, which killed 11, the Independent reported. Muslim-American non-profits Celebrate Mercy and MPower Change were behind the campaign, “Muslims Unite For Pittsburgh Synagogue.” It is also in partnership with the Islamic Center of Pittsburgh. The campaign reached its initial goal of $25,000 goal in six hours. “We wish to respond to evil with good, as our faith instructs us, and send a powerful message of compassion through action,” the campaign reads. Messages of solidarity were shared throughout the day Sunday.

John Oliver on Monty Python: 'inspirational idiots who changed comedy' | Television & radio Writing about the importance of Monty Python is basically pointless. Citing them as an influence is almost redundant. It’s assumed. In fact, from now on it’s probably more efficient to say that comedy writers should have to explicitly state that they don’t owe a significant debt to Monty Python. And if someone does that, they’ll be emphatically wrong. This strange group of wildly talented, appropriately disrespectful, hugely imaginative and massively inspirational idiots changed what comedy could be for their generation and for those that followed. I first discovered Monty Python when I was probably 10 years old, and back then it felt like something I shouldn’t be watching. I think what I’ve always loved about all of Monty Python’s work is that they’ve never been afraid to get into trouble, and Life of Brian is the perfect distillation of that. And while everything he said was titanic nonsense, it was that last part that drove me crazy. Monty Python Speaks!

Parrot saved todler's life with warning Willie, the Quaker parrot, alerted its owner, Megan Howard, when the todler she was babysitting last November in Denver, Colorado, began to choke on her breakfast. As 2-year-old Hannah bagan to turn blue, the bird began squawking and flapping its wings to attract the attention of its owner. "While I was in the bathroom, Willie (the parrot) started screaming like I'd never heard him scream before and he started flapping his wings," Miss Howard told CBS News. "Then he started saying 'Mama baby' over and over and over again until I came out and looked at Hannah and Hannah's face was turning blue because she was choking on her pop tart." The carer then rushed to Hannah and performed the Heimlich manoeuvre, saving her life. "If (Willie hadn't) warned me, I probably wouldn't have come out of the bathroom in time because she was already turning blue, her lips were blue and everything," she said. The parrot has been honoured by the local Red Cross chapter's Animal Lifesaver Award.

Meet Rhiannon Giddens, Newly Minted MacArthur 'Genius' : The Record On Wednesday morning, Rhiannon Giddens was awarded a MacArthur "Genius Grant." Courtesy of the artist hide caption toggle caption Courtesy of the artist On Wednesday morning, Rhiannon Giddens was awarded a MacArthur "Genius Grant." As a solo artist — and, before that, as a member of the Carolina Chocolate Drops — singer-songwriter Rhiannon Giddens has made a career out of revitalizing and invigorating decades' worth of music reflecting the African-American experience. Today, Giddens joins the impressive list of artists and thinkers who've received so-called "Genius Grants" from the MacArthur Foundation. If Giddens' recognition has piqued your interest, below you'll find a nice introduction — a cross-section of performances from and interviews with Giddens, captured by NPR Music and our partner stations in the last few years. Performed live on WFUV in February 2015 Performed on World Cafe in January 2017 Performed live at the 2015 Americana Music Honors & Awards Show

Walmart cashier steps in when nail salon refuses wheelchair-bound woman BURTON (WJRT) (8/3/2018) - A simple act of kindness is making a big impact. When a Walmart cashier in Burton saw a customer get turned away from the store's nail salon, she took matters into her own hands "I was like making sandwiches and I was watching her like," Tasia Smith said of the scene Thursday that brought her to tears. She works at the Subway inside the Burton Walmart on Court Street. That's where she captured a photo, which has since gone viral, of Walmart cashier Ebony Harris skipping her break to paint customer Angela Peters' nails. "I just wanted to post it for awareness and appreciation, because people needed to know what was going on with the business and Ebony deserved all the appreciation she could get," Tasia said. Harris said she watched the nail salon, located just a few feet over, refuse to do Peters' nails because her hands shake quite a bit due to cerebral palsy. "I just wanted to make her day special. "We're not trying to bash the nail salon. "I'm like wow.

How Animals Behave When We Aren’t Looking By Artist Julien Tabet Julien Tabet is a 21-year-old French artist who creates incredible photo manipulations of animals. He started creating his clever edits a little over a year ago and in this short time gathered a whopping 95k followers on Instagram. Although the artist does all of his work in Photoshop, he doesn’t believe software can be a passion. But he says imagining the improbable fascinates him: “I love to surprise people. Julien chose animals for his manipulations because he believes they are much more humble and innocent when compared to humans. Check out his amazing animal photo manipulations in the gallery below! More info: Instagram | h/t Read more #1 Stormy Image source: Julien Tabet #2 Liberty #3 Monarchy #4 Temporary Beauty #5 Hidden #6 Symphony #7 Responsability #8 Reborn Cheetah #9 Sport Coaches #10 Escape This World #11 Summer Is Coming #12 Peaceful #13 Secret Garden #14 Dexterity #15 Predatory #16 Eternity #17 Diversity #18 Cadency #19 Happy Halloween #20 Calvary More info: Instagram | h/t Read more #1 Stormy

Meet the Rare Swimming Wolves That Eat Seafood They move like ghosts along the shorelines of Canada's Vancouver Island, so elusive that people rarely see them lurking in the mossy forests. British filmmaker Bertie Gregory was one of the lucky ones: He saw coastal wolves—also known as sea wolves—in 2011. "There is something about being in the presence of a coastal wolf—they just have this magic and aura around them," he says. That experience inspired him to return and document the animals for National Geographic’s first YouTube series, wild_life with bertie gregory, which launches August 3. “Coastal wolves are such a unique predator, and they are hunting in this absolutely epic landscape,” says Gregory. Chris Darimont, science director at the Raincoast Conservation Foundation, has studied the carnivores' unusual lifestyle for nearly two decades. There are two types of coastal wolves. There are two populations: mainland coastal wolves and coastal island wolves, the latter being the focus of Gregory’s quest. They’re excellent swimmers.

The Science Behind Why Freddie Mercury's Voice Was So Damned Compelling Scientists have studied the voice and vocals of one of the greats of pop music, Freddie Mercury of the band Queen. And the results? 1) He used subharmonics in a way that very few people can. (Also, listen for the subtle melody that accompanies the low-throated growl in this clip). That subharmonic vibration also helped give him his "growl," which he used quite frequently. 2) His vocals chords simply moved faster than those of most people. 3) It's been widely reported that Mercury could sing through 4 octaves, but this study could not back that up; at 12 semitones per octave, that would be 48 semitones. Just listen to his amazing scat-style singing in the "isolated vocals" version of "Under Pressure" in the clip below, which Mercury's band Queen recorded with another great vocalist, David Bowie.