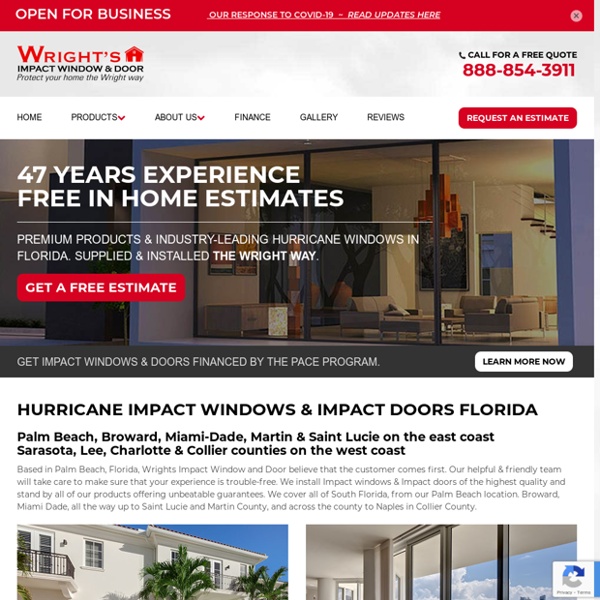 Biden: Trump has 'no conception' of national security In an interview with CNN's Jake Tapper, the former vice president said Trump's comments to Woodward -- made in a series of 18 interviews for the journalist's upcoming book "Rage" -- were "not a surprise." "You wonder why people in the intelligence community wondered from the very beginning whether you could share data with him, 'cause they don't trust him. They don't trust what he'll say or do," Biden said. "He seems to have no conception of what constitutes national security, no conception of anything other than, what can he do to promote himself?" Trump calls GOP coronavirus proposal 'semi-irrelevant' as deal appears far off President Trump on Tuesday called the Senate Republicans' coronavirus relief package "semi-irrelevant" when asked whether he supported the legislation at a news conference, underscoring the deep divides between the White House, congressional Republicans and congressional Democrats as lawmakers scramble to pass something in the coming days. At the end of this week, extra unemployment benefits approved in previous legislation will expire just as millions of Americans will need to pay their rent. Yet Senate Republicans are struggling to rally behind their own $1 trillion proposal, as negotiations with Senate Democrats are set to ramp up. Then the bill will have to clear the Democrat-controlled House, which passed its own $3 trillion billion bill in May. Trump appeared to be attuned to that reality when asked whether there were any provisions in the GOP proposal that he doesn't support.

The best stock in the S&P 500 is 105-years old Carrier is up a stunning 143% on the year, easily making it the top stock in the S&P 500, according to a tally by Refinitiv. The next-closest company, red-hot chipmaker Nvidia(NVDA), is well behind with a 119% gain. The blockbuster returns for Carrier, a leading manufacturer of heating, ventilating, air conditioning (HVAC) systems, are linked to the pandemic. Americans stuck working from home have rushed to upgrade their aging HVAC systems, especially during the sizzling summer months. And schools, office buildings and malls hoping to lure nervous Americans out of their homes are doing the same. Trump campaign considering possible convention acceptance speech from White House lawn The Trump Campaign is considering the possibility of having President Trump deliver his convention acceptance speech from the South Lawn at the White House, a source familiar with the talks told Fox News on Tuesday. The source noted it’s just one of several options the campaign is considering, but told Fox News nothing has been finalized. The discussions come as the convention details remain in flux, and as the campaign and the Republican National Committee continue to adjust their plans amid the coronavirus pandemic. Last month, the Trump campaign and the RNC dramatically downscaled the convention by canceling planned celebratory events in Jacksonville, Fla., amid a surge in cases in the state, and refocused their attention to convention business back in the original convention site of Charlotte, N.C. The Washington Post first reported the South Lawn as a possible location for Trump’s nationally televised nomination acceptance speech.

AT&T thinks you might watch ads in exchange for a cheaper phone plan "I believe there's a segment of our customer base where given a choice, they would take some load of advertising for a $5 or $10 reduction in their mobile bill," Stankey told Reuters. AT&T confirmed those comments to CNN Business. (The phone carrier owns CNN's parent company, WarnerMedia.) The new plan could come as early as "in a year or two," he told Reuters. Jacksonville Vacation Condos Jacksonville Property ManagementAbout UsVacation GuideContact Us Hours Mon - Fri: 9AM - 5:30PM Sat, Sun: 8AM - 3PM Vacation Property Management Services in Greater Jacksonville iTrip Vacations Florida First Coast serves vacation rental homeowners and guests in Jacksonville, Jacksonville Beach, Neptune Beach, Atlantic Beach, Fernandina Beach and Amelia Island. Homeowners who list with iTrip receive:

United Kingdom sees spike in coronavirus cases, second lockdown may be looming The United Kingdom’s top health official told reporters on Friday that he was unable to say if the country will mandate a second coronavirus lockdown due to a recent surge in cases. “I can’t give you that answer,” Matt Hancock, the health secretary, said, according to Reuters. He pointed out that the number of people in the hospital “is doubling every eight days” so he said it is imperative that health officials take the proper precaution. Fauci would bet on effective and safe coronavirus vaccine by November or December The report said that the cases began to increase there since September and recorded 4,000 positive tests last week. Most of Europe has seen a trend upward.

US accuses Russia of conducting sophisticated disinformation and propaganda campaign Wednesday's report focuses in particular on the Russian government's use of this network to push disinformation about the coronavirus pandemic as it spread across the globe. It does not mention Russian disinformation in the context of the 2020 US presidential election as it falls outside of the mandate of the Department's Global Engagement Center (GEC), which focuses on foreign propaganda and disinformation aimed at foreign audiences. However, on the same day the report was released, the Department unveiled "a reward of up to $10M for information leading to the identification or location of any person who, acting at the direction or under the control of a foreign government, interferes with US elections by engaging in certain criminal cyber activities," in the words of Secretary of State Mike Pompeo. "The Kremlin bears direct responsibility for cultivating these tactics and platforms as part of its approach to using information as a weapon," the report says.

Congress is getting ready for a fight over who will fill RBG's seat as McConnell vows to have a vote on Trump nominee "President Trump's nominee will receive a vote on the floor of the United States Senate," McConnell, a Kentucky Republican, said in a statement Friday evening that sets GOP lawmakers on a collision path with Democrats, though the exact timing of such a fight -- in particular how much of it would happen ahead of or after Election Day -- was not immediately clear. Senate Majority Whip John Thune, the number two GOP senator, backed McConnell, saying in a statement of his own, "I believe Americans sent a Republican president and a Republican Senate to Washington to ensure we have an impartial judiciary that upholds the Constitution and the rule of law. We will fulfill our obligation to them.

Trump issues orders banning TikTok and WeChat from operating in 45 days if they are not sold by Chinese parent companies The orders, which use similar language, do not state that a certain amount of money from the sale needs to be sent to the US Treasury Department, which the President has been insisting on for several days. The order regarding TikTok prohibits after 45 days "any transaction by any person, or with respect to any property, subject to the jurisdiction of the United States, with ByteDance Ltd.," the Chinese company that owns the social media platform. The move turns up the pressure on negotiations over the popular video app's future through a potential sale.

Louisville protesters grab signs, shields other supplies from U-Haul truck: video Protesters in Louisville, Ky., grabbed signs, shields, water and other supplies from a U-Haul truck that pulled up near Breonna Taylor protests Wednesday, according to video and reports. Some of the signs had anti-police slogans like “Abolish the police” “Abolition now” and “F12," acccording to video shot by a TownHall reporter. After a Kentucky grand jury opted to indict only one of the three Louisville police officers Wednesday in the raid that led to Breonna Taylor's death earlier this year, protests erupted in the city and other around the country Wednesday night. At least two police officers were shot in Louisville, police confirmed. Both officers suffered non-life-threatening injuries. US election 2020: What is the electoral college? image copyrightGetty Images The US presidential election takes place 3 November. But it's possible the candidate with the most votes from the public won't be the winner. This is because the president is not chosen directly by the voters, but what's known as the electoral college. So who are Americans voting for?

Buffalo Police no longer requires officers to wear names on their uniform Officers will wear an identifying number instead of their names per a police department policy change, Buffalo Mayor Byron Brown told CNN affiliate WKBW. The policy went into effect last week to protect officers from threat incidents, Brown said Thursday. CNN has reached out to the Buffalo Police Department for more information. The debate over police name tags has popped up across the country amid recent demonstrations after police-involved deaths like George Floyd and Breonna Taylor, when protestors encountered law enforcement agents with no identification.