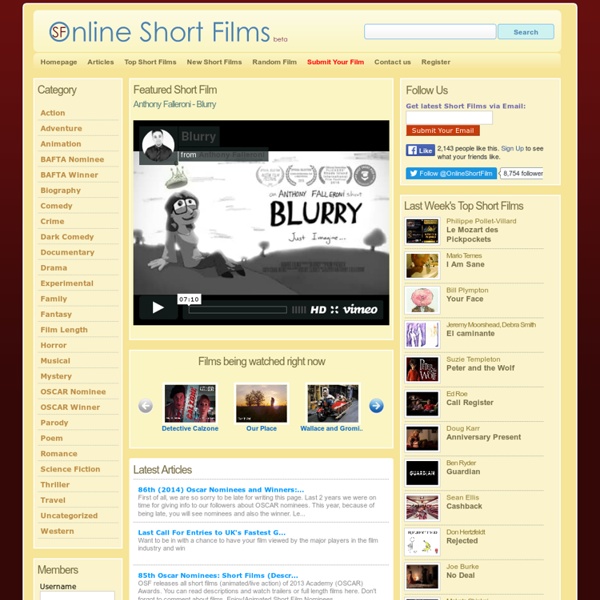 Short Films | Short Movies | Watch The Greatest Shorts Online Film & Video The following films are presented for educational and non-commercial use only. All copyrights belong to the artists. About UbuWeb Film & Video UbuWeb is pleased to present thousands of avant-garde films & videos for your viewing pleasure. However, it is important to us that you realize that what you will see is in no way comparable to the experience of seeing these gems as they were intended to be seen: in a dark room, on a large screen, with a good sound system and, most importantly, with a roomful of warm, like-minded bodies. However, we realize that the real thing isn't very easy to get to. We realize that the films we are presenting are of poor quality. UbuWeb

Animated Minds :: Watch the Films Dimensions Chattering, whispers, sometimes benign, sometimes malevolent. Disordered thought, tangential ideas, and delusions of grandeur, persecution and paranoia. This piece focuses on what it... Read More The Light Bulb Thing A woman's story about becoming more manic, as she soars to the heights of euphoria, floating on the winds of disinhibition. My Blood is My Tears Abbie, Louise and Nicole have burned themselves with everything from heated metal to cigarettes, stabbed needles into their skin, punched the wall and thrown themselves down the stairs…They...